Deputy Prime Minister Hon Manasseh Maelanga arrived in Tokyo yesterday ahead of the State Funeral for the former Prime Minister of Japan the late Shinzo Abe on Today.

Hon Maelanga is representing Solomon Islands at the ceremony with more than 40 Heads of States and Governments all over the world.

Hon Maelanga is expected to convey Solomon Islands sincere condolences to the family of the late Shinzo Abe and the Government and people of Japan at the funeral ceremony. 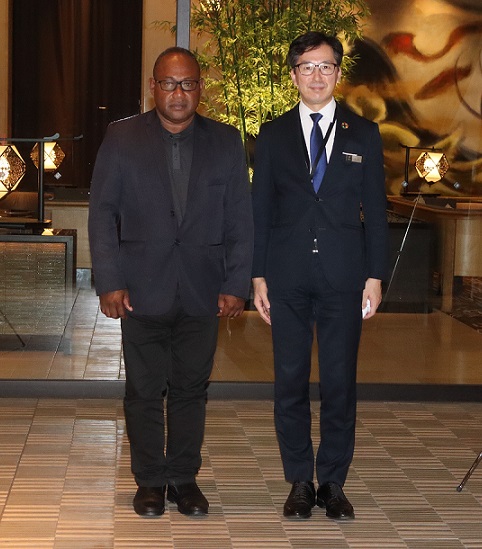 He is also scheduled to meet Japanese Prime Minister Kishida Fumio and other organized meetings with Japanese officials during the week.

About 4,300 people are expected to attend the funeral.

Security has been tightened at and around the venue, Nippon Budokan, in the capital. Traffic restrictions are scheduled.

Hon Maelanga is accompanied by three officials from the Office of the Prime Minister and the Ministry of Foreign Affairs.

They will leave Tokyo tomorrow.