Deputy Prime Minister Hon. Manasseh Maelanga paid tribute and conveyed sincere condolences to the family of the former Prime Minister of Japan Shinzo Abe on behalf of the government and people of Solomon Islands in Tokyo.

Hon Maelanga represented Solomon Islands alongside thousands of attendees, including representatives from over 217 countries, territories and international organizations at the state funeral for the former Prime Minister yesterday.

The Deputy Prime Minister described late Abe as a great world leader and one of Japan’s greatest leaders that contributed immensely to peace and development of developing countries including Solomon Islands. 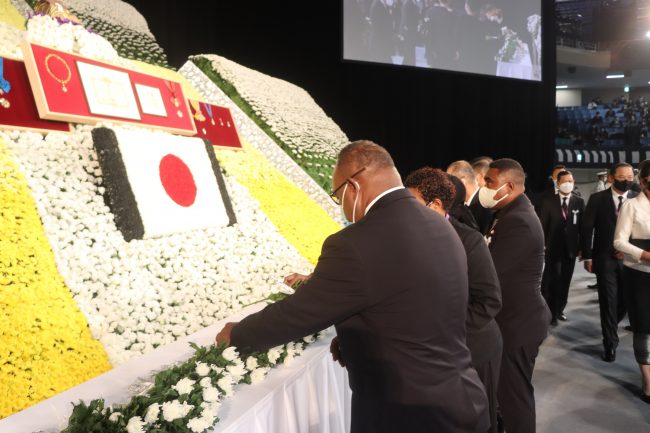 DPM Maelanga lays his commemorative wreath during the state funeral

The two countries have had a special and historic relationship since World War II. That relationship continues to grow through enhanced cooperation in development and people to people relations.

“I represent the government and people of Solomon Islands with a heavy heart to convey our deepest condolences to the family and the people and government of Japan as we farewell a great leader,” Hon Maelanga said.

Around 6,000 overseas and domestic dignitaries attended the funeral service at Nippon Budokan in Central Tokyo including past and present leaders of Japan’s legislative, judicial and administrative branches of power, as well as various representatives from each branch, past and present members of parliament, local government representatives, foreign dignitaries, and national business and community leaders.

Funeral attendees listened to a speech given by Matsuno, the deputy chair of the funeral committee followed by the national anthem of Japan before observing a moment of silence. 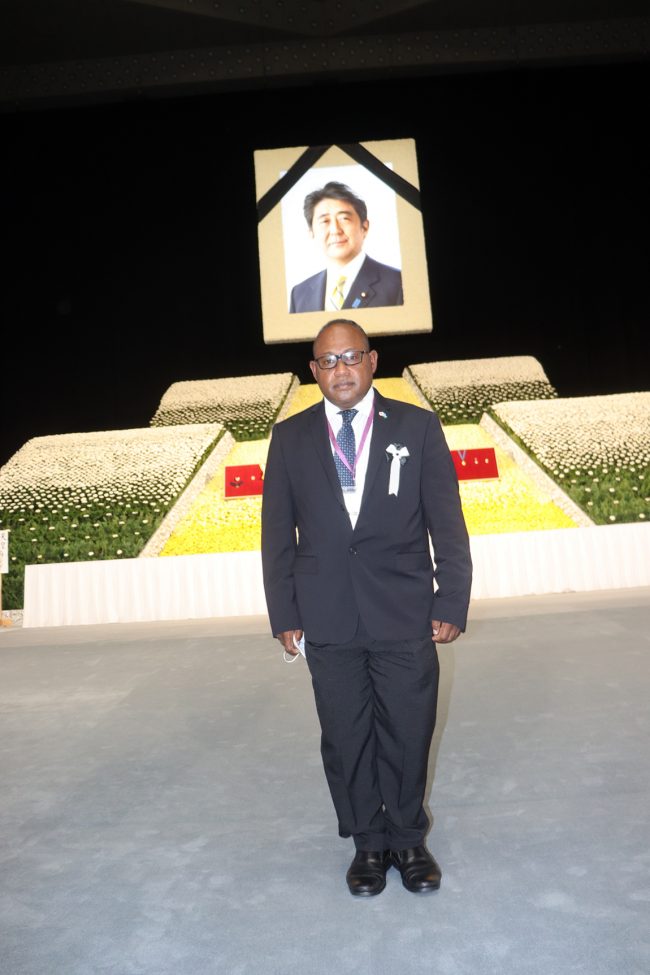 In line with tradition, Emperor Naruhito, Empress Masako, Emperor Emeritus Akihito and Empress Emerita Michiko did not attend the funeral, and their imperial envoys paid their respects at the altar instead.

The ceremony ended with the sending off of Abe’s remains and the laying of commemorative wreaths.

Hon Maelanga and his three member delegation are expected to leave Tokyo on Wednesday 28 September.