An oil spill suspected to be originated from a World War 2 wreckage was discovered meters outside Vura village in Northwest Guadalcanal.

Villagers said the oil may have spilled after the 7.3 magnitude earthquake that hit the country on Tuesday shook a world war 2 wrecked ship under the sea.

The oil spill was then discovered about a hundred meters outside the village. 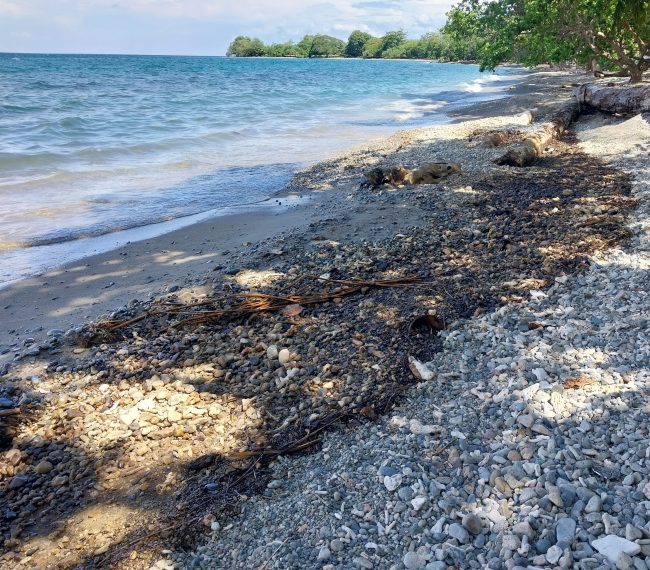 A Chief of Vura Village Mr. Dominic Bua told SIBC News at the site that they saw plenty of oil floating and swept ashore.

“We are yet to know exactly where the oil came from but we believe they came from the World War 2 wreckage just a few distance outside of our beaches,” he said.

Chief Bua said this is the first time they saw such an oil spill and are now fearful for their health.

He called on authorities to conduct the required assessment to determine what causes the oil spill.

People are being warned not to go fishing and swimming as the sea may have been polluted.

A beach owner Mr. Lukson Chekani said they managed to paddle out following the direction where the oil came from and observed some very strong oil bubbles coming out from beneath the sea.

Mr. Chekani said the location was not far from the beach, just where the World War 2 wreckage was.

He said people who visited his beach sensed a bad smell coming from the oil spill. 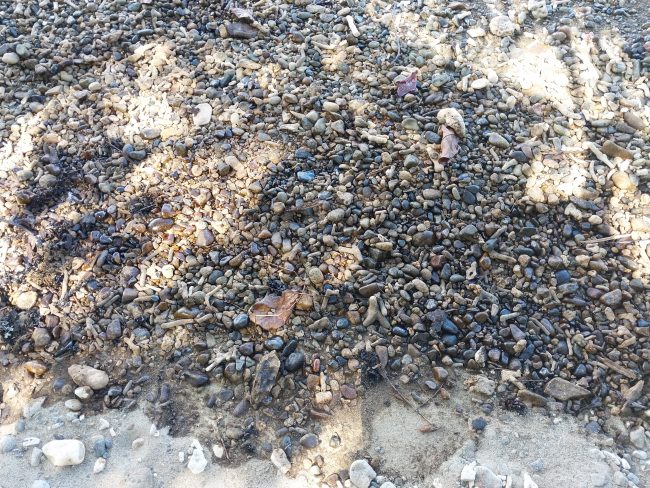 “We will work closely with both our environmental conservation team and the Solomon Island Maritime Authority (SIMA) as it is more likely a sea bed issue,” he said.

Dr. Mataki added information as to where the oil spill comes from is very important because it will determine further action.

SIBC News understands SIMA Director Mr. Thierry Nervale and Debra Kereseka from Environment and Conservation Division are already aware of the oil spill and are coordinating a joint team to conduct the assessment on the site.

Dr. Mataki said if the Oil spill is confirmed to be from a World War 2 wreckage or other ship wreckage, then the responsibility lies with SIMA as it deals with sea bed but will always get support from the environment and conservation division from his ministry.