The AFP handed over the vehicles and rifles during a handing over ceremony at the Rove Police Headquarters this morning. 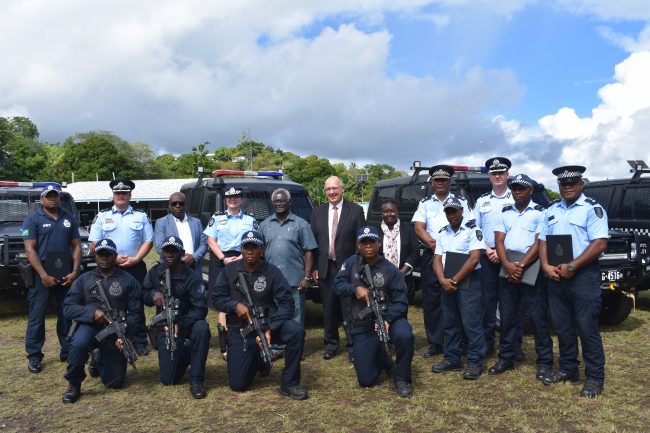 Members of the PRT posed with rifles. (Behind) is PM Manasseh Sogavare. At the background are some of the vehicles

AFP Deputy Commissioner Lesa Gale during her remarks said it is a privilege for AFP members to stand shoulder to shoulder with RSIPF.

She said the support provided will help RSIPF in many of their operation activities.

“The thirteen vehicles consist of four vehicles for RSIPF mobile protection unit which is designed to carry dignitaries and high office infrastructures, 9 vehicles for the police response team that can respond to high-risk events and public order management. 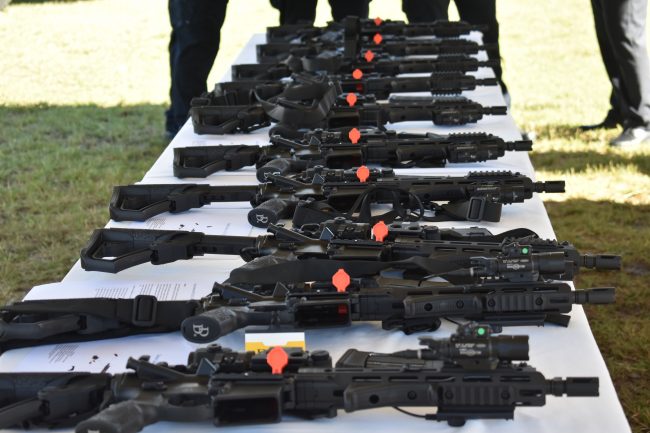 The rifles that were handed over

The 60 Daniel defense (MK18) rifles are part of AFP’s support for the RSIPF re-armament program which started in 2013, the rifles are the latest technology used by the AFP and other police around the world,” she said.

Prime Minister Manasseh Sogavare during his remarks at the gifting ceremony today said helping the RSIPF in its operations signifies the close partnership between Solomon Islands and Australia.

“This is a testament to the strengthened relationship between two very close partners. This support is a necessary support to RSIPF operations, this assistance will help strengthen our country to protect and serve our people and ensure security, peace, stability in the country,” Mr Sogavare said. 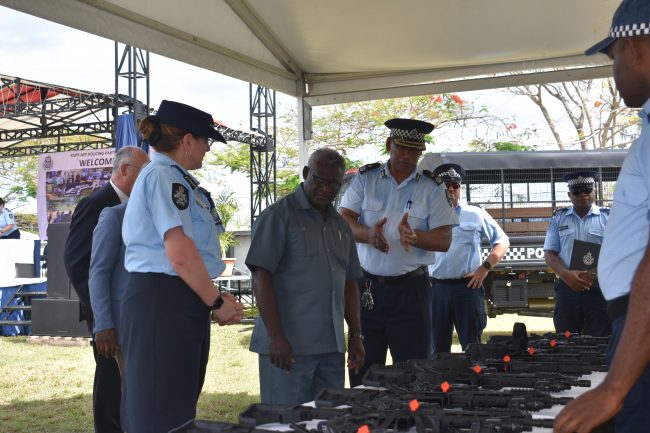 PM Sogavare being briefed on the rifles

“This partnership stretches back two decades where we have stood by each other through thick and thin, this partnership is our duty to make sure our corners of the world, our region remains peaceful and stable we also see the handover this morning as a reflection on our shared interests in the pacific region and that it is best placed to look after its own security needs,” Mr Strahan said. 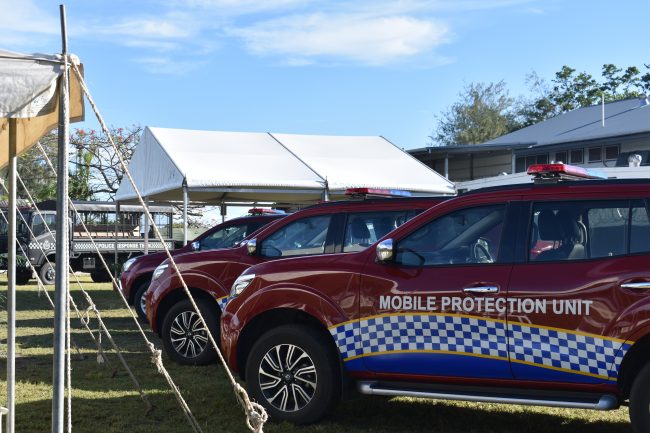 Vehicles that were handed over

Also in attendance is the Minister for Police, National Security and Correctional Services Hon Anthony Veke.

The handover of equipment was reached after negotiations between the governments of Solomon Islands and Australia.