SINGAPORE - While global travel has resumed, local hotels continue to see demand for staycations during the June school holidays.

Hotels contacted by The Straits Times said staycation bookings have remained popular, as many people are still cautious about travelling overseas.

Mr Andreas Kraemer, general manager of InterContinental Singapore, said more than 70 per cent of the hotel's guests who have made bookings during this period are on short-term staycations, where guests stay for a maximum of two nights.

He said some Singaporeans, particularly those with young children, are still choosing staycations over travelling abroad due to the uncertainty of travelling during a pandemic.

"Staycations are a hassle-free and safe option for Singaporeans to take a breather without having to worry about precautions to take or additional documentation required before an international flight… or last-minute disappointments if a border is closed due to a surge in positive cases," he added.

At One Farrer Hotel, director of sales and marketing Elaine Kum said staycations make up about 40 per cent of total bookings for the June school holidays.

She cited the rise in airfares due to high demand as one factor making Singaporeans opt for staycations.

Some popular destinations such as Japan also have travel restrictions such as allowing only travellers who are in tour groups, added Ms Kum.

While staycations are still popular, some hotels have noticed a decline in bookings this year, compared with last year.

Ms Charis Choi, director of sales and marketing at Grand Hyatt Singapore, said while the hotel has seen "very encouraging" staycation bookings, the number has decreased, compared with the June and December school holidays last year.

"Staycation bookings were higher last year predominantly due to the closure of borders and the use of SingapoRediscovers vouchers," she said.

The SingapoRediscovers Vouchers scheme, which was part of a domestic campaign to keep Singapore's struggling tourism sector afloat by promoting spending on approved hotels, attractions and tours, ended on March 31. 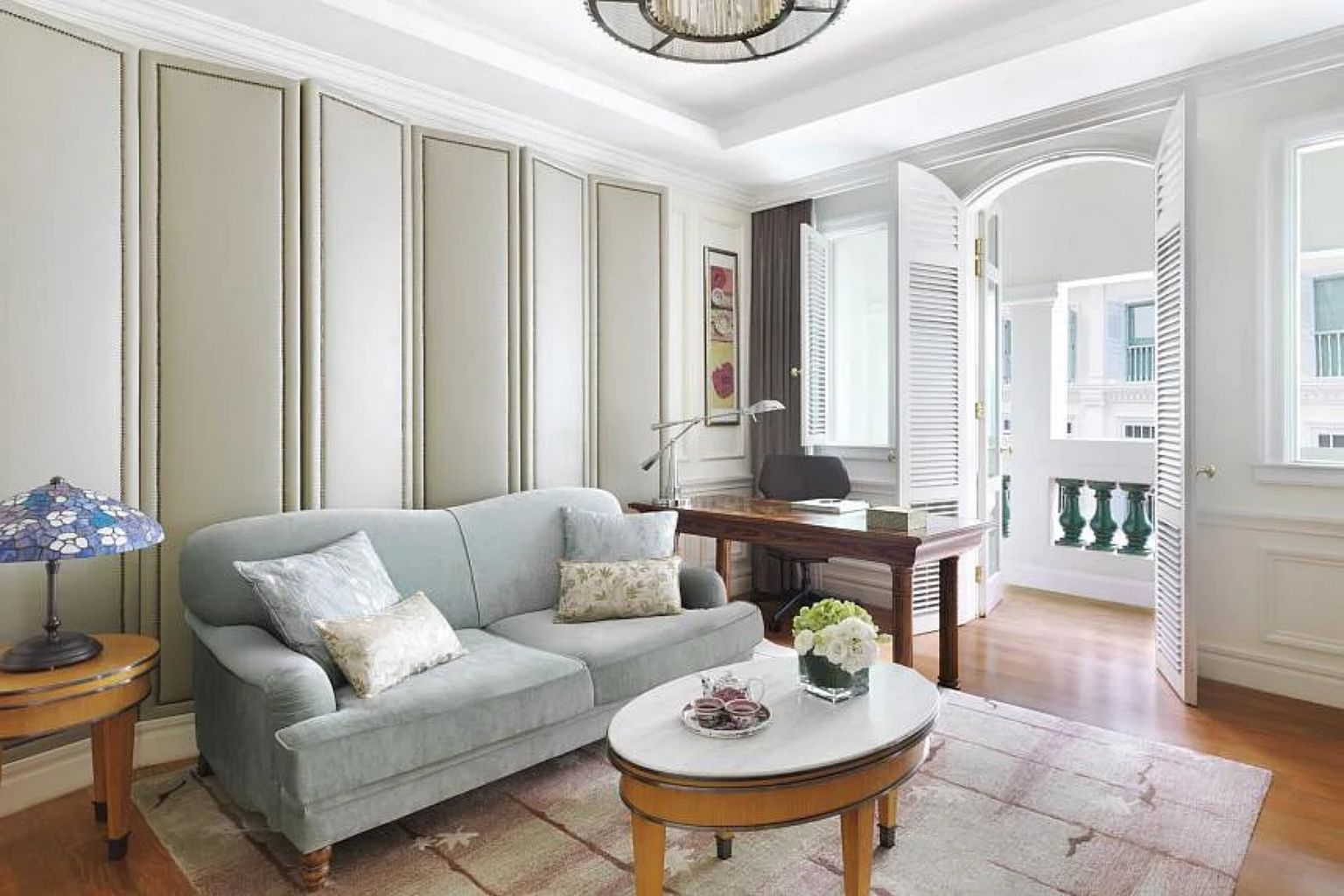 Mr Melvin Lim, general manager of Parkroyal Collection Marina Bay, said the hotel saw a decline of about 50 per cent in staycation bookings from March to May.

However, this has picked up during the June school holidays, with staycations making up 30 per cent of its bookings.

The decline could be due to several factors such as the SingapoRediscovers Vouchers scheme ending in March and the reopening of international borders, he added.

His sentiments were echoed by InterContinental Singapore's Mr Kraemer, who said that progressively declining staycation rates will be expected due to the easing of travel restrictions.

Some locals have no plans to travel yet and prefer to "holiday" in Singapore.

Mr Bobby Tan, 41, who is going for a staycation at Shangri-la Rasa Sentosa with his wife and two young children from Sunday (June 5) to Wednesday, said he and his wife have not renewed their passports, which expired in mid-2020.

The science lab manager added: "We did not bother to renew as we are not keen to go overseas in case the Covid-19 situation turns for the worse suddenly when we are travelling."

With some people opting not to travel in June, travel industry observers said local attractions will stand to benefit. 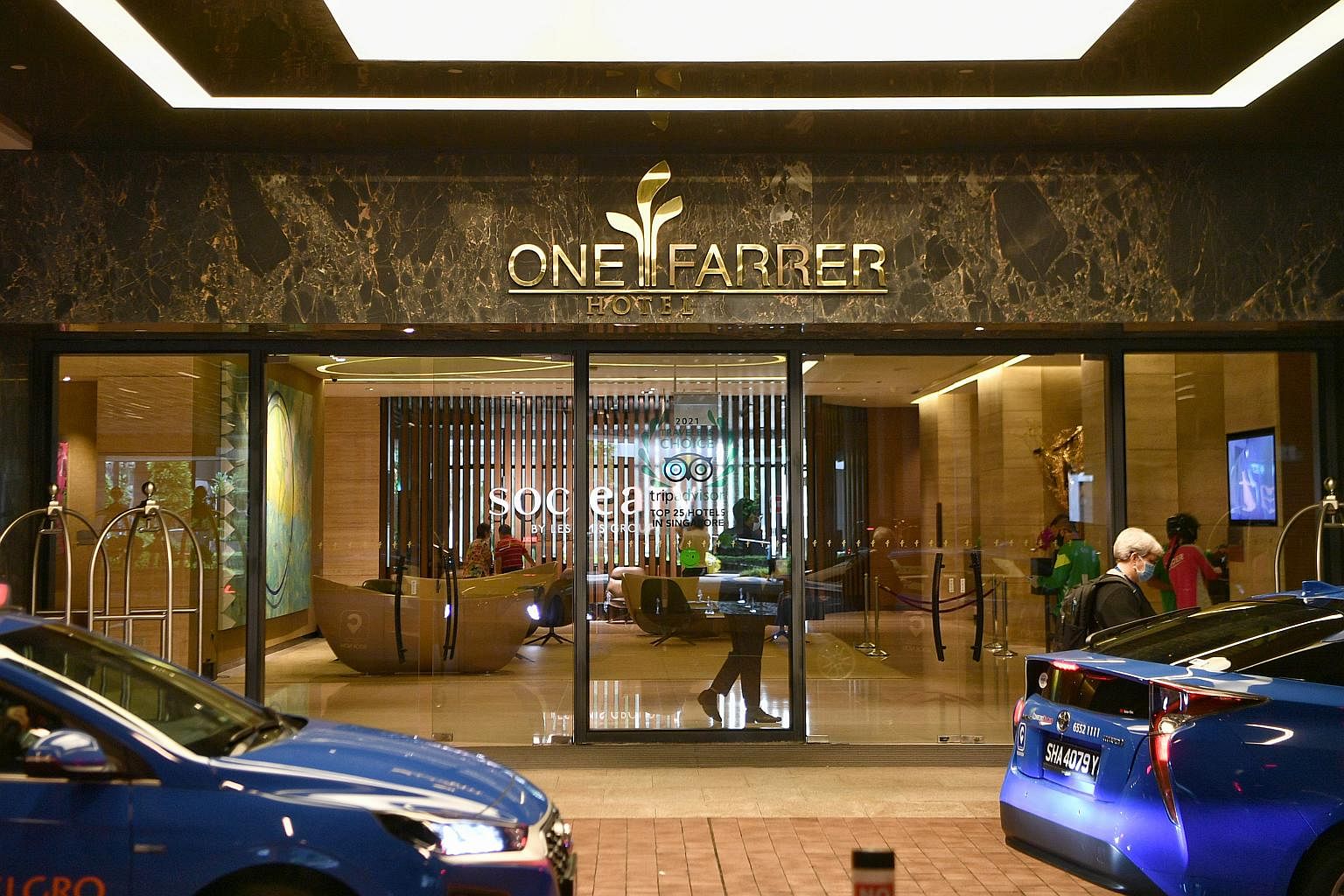 Staycations make up about 40 per cent of One Farrer Hotel's total bookings for the June school holidays. PHOTO: The Straits Times

Association of Singapore Attractions chairman Kevin Cheong said the longer time needed for passport renewals could lead to a change in travel plans among some families, as all members of the travel group would need to have valid passports before they can travel.

"This level of uncertainty may result in families opting for staycations and weekend visits to attractions," said Dr Cheong.

"What is more likely to happen is that people will save money in order to spend more when they do end up travelling," he added.

If there is an increase in leisure activity spending, it would probably focus on visitor attractions such as Universal Studios Singapore, Mandai Wildlife Group parks and Gardens by the Bay, as well as weekend staycations, said Mr Cassim, noting that these would result in some marginal increase in tourism sector revenues.