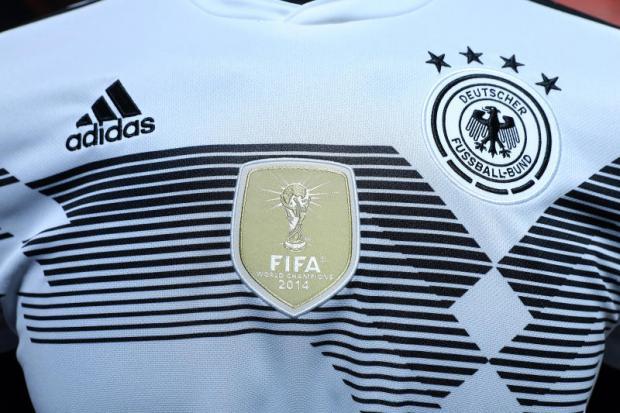 BERLIN: Adidas can declare itself the winner over arch rival Nike in the upcoming soccer World Cup even before the first match kicks off as it is kitting out the most teams.

However, the German sportswear brand, which is also the official sponsor of the tournament, expects only a limited financial impact, partly because this year's World Cup takes place in Russia, where the economy is in the doldrums.

"At the same time, we're looking forward to it. It's going to be a fantastic way of bringing our brand to life globally," Rorsted added.

Since the last tournament in 2014, Adidas has grown sales rapidly in areas other than soccer, capitalising on booming demand for its retro basketball sneakers and springy Boost running shoes to outpace Nike, particularly in the US market.

Nevertheless, soccer remains important for the image of the German brand, which has supplied the World Cup match ball since 1970 and has a deal to sponsor the event until 2030.

It also announced last week that it would extend its partnership with the UEFA Champions League until 2021.

After Nike kitted out more teams for the first time in Brazil in 2014, Adidas has fought back, this year sponsoring 12 of the 32 participating teams, including strong contenders like Germany and Spain, along with hosts Russia.

Nike, which only got heavily involved in soccer when the World Cup was played in the United States in 1994, is supplying shirts for 10 countries, including Brazil, France and England.

"The World Cup is such a powerful moment in sport, and we look forward to amplifying its energy," Nike chief executive Mark Parker said in March.

While team deals are important for sales of soccer jerseys, more critical for sales of boots is the sponsorship of top players, particularly the likes of Portugal's Cristiano Ronaldo, who wears Nike, and Argentina's Lionel Messi, in Adidas.

Nike expects 60% of all the players heading to Russia will be wearing its boots, including almost half the German and Spanish team and three-quarters of the Russians, even though they will be wearing Adidas shirts.

An exception is Iran, which faces new sanctions after US President Donald Trump pulled out of an international nuclear deal. Nike says none of the country's players are wearing its shoes, while Adidas is providing the team's jerseys.

A Nike spokesman said: "This has no relation to any political situation."

German brand Puma is a distant third, sponsoring just four relatively lowly teams in the competition, compared with the eight it kitted out in 2014, dented by the failure of its top team Italy to qualify.

Nike saw soccer sales fall a currency-adjusted 4% to $2 billion for its fiscal year ended May 31, 2017, accounting for less than 6% of group revenue.

The World Cup could add about three to four percentage points to Adidas group revenue growth in 2018, lower than previous tournaments due to the fact it is happening in Russia, according to Piral Dadhania, an analyst at RBC Capital Markets.

However, he notes much of the benefit occurs before the event as the jerseys have already been sold to retailers.

"Any incremental boost during or after the event relating to jersey sales depends on the extent to which specific teams progress through the competition," Dadhania said.

Christophe Dugarry: Messi really could have given Griezmann more passes. Antoine lost confidence
Sane passed a medical for Bayern and went to meet with the club's management
Neuer - in goal, Hakimi and Davies burn out the flanks, in front-Sancho, Muller and Lewandowski. Collected Dreamtime Bundesliga-19/20
Casillas is almost not on the video in honor of Spain's victory at Euro 2012. Perhaps this is due to his promotion to the post of President of the FFI
Setien's future in Barca is under threat. The players don't support it
Trent on motivation: Ronaldo and Messi never relax. The more you win, the more you want to continue
Conte on criticism: attack me, Not the club or my players. There are people who want to see the glass half empty
Source https://www.bangkokpost.com/news/sports/1479029/adidas-takes-12-10-lead-over-nike-in-world-cup-shirt-deals