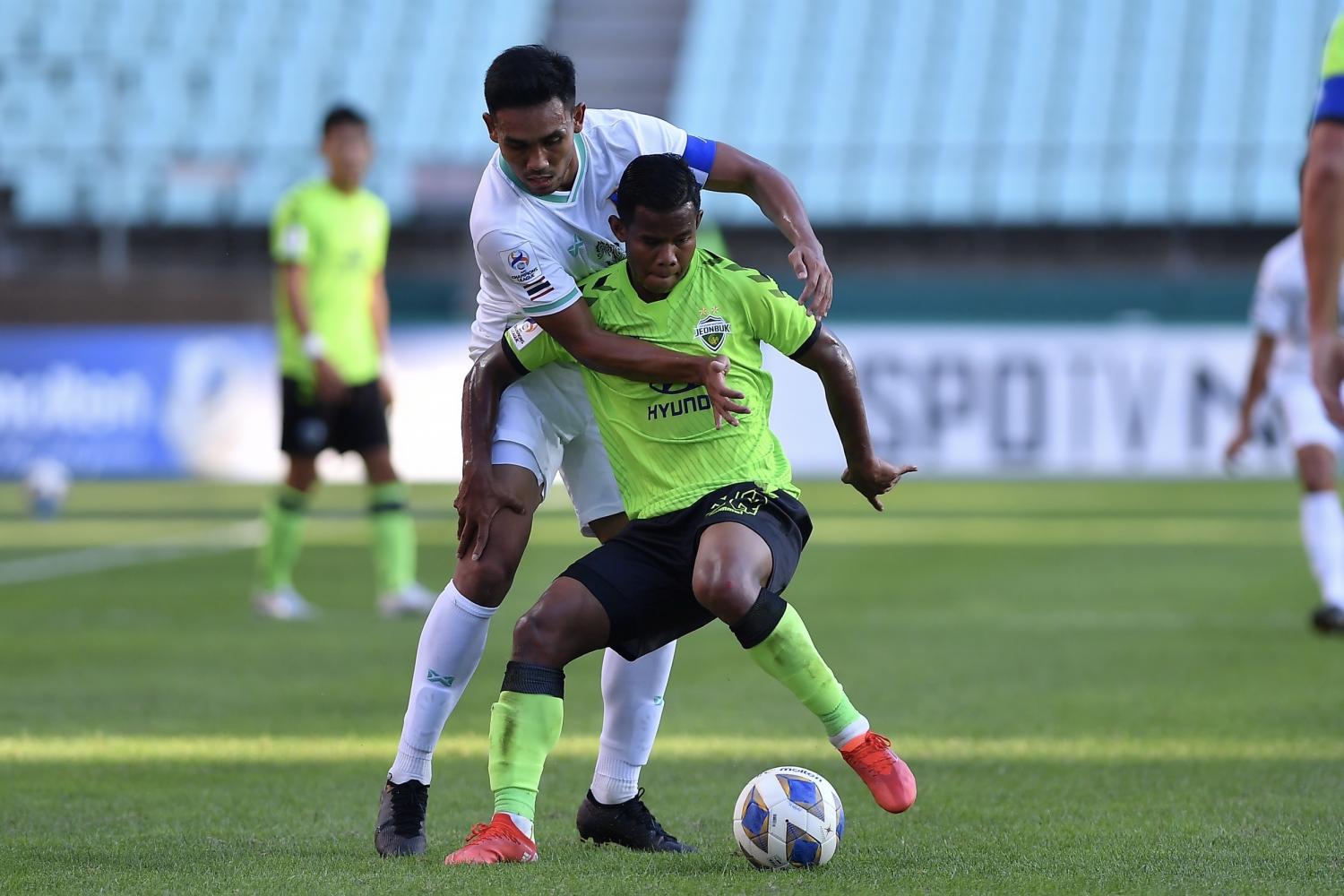 BG Pathum United's campaign in the AFC Champions League ended in heartbreaking fashion on Wednesday when the Thai League 1 winners lost 4-2 on penalties to Jeonbuk Hyundai Motors in the round of 16 in South Korea.

Gustavo opened the scoring just before half-time for the Korean side who dominated for long periods.

Although Jeonbuk, who fielded Thai left-back Sasalak Haiprakhon who is on loan from Thai club Buriram United, were the better team in the second half, Teerasil Dangda equalised for the visitors in the 76th minute to send the match into extra-time.

The Thailand national team veteran showed he remains a force at the top level, finding the net with a superb, angled header which tickled the upright on the way in following a measured cross from Chaowat Veerachat.

Both sides failed to find the back of the net in extra-time before two-time ACL champions Jeonbuk finished off the Rabbits in the penalty shoot-out in the one-legged match.

Goalkeeper Song Bum-Keun was the hero as he stopped two spot-kicks by Sarach Yooyen and Chitchanok Xaysensourinthone as his team reached the quarter-finals.

BG were without three key players -- defenders Victor Cardozo and Andres Tunez and striker Diogo Luis Santo -- who are injured. They also missed coach Aurilio Vidmar of Australia who did not fly to South Korea due to Covid-19 travel restrictions.

On Tuesday, defending champions Ulsan Hyundai of South Korea booked their place in the quarter-finals with a 3-2 penalty shoot-out win over Kawasaki Frontale of Japan following a 0-0 draw.

Persepolis, also runners-up in the competition in 2018, were joined in the next round by Saudi Arabia's Al Nassr who saw off Iran's Tractor 1-0.

Arsenal demolished Tottenham for the first half of the derby. A hole in the support zone and a completely unprepared Kane helped
Kroos on the injury: I played with the pain for six months, taking pills. Between matches, the pain was much stronger
Damsgaard is Interesting for Juve, Inter, Milan and Tottenham. He scored against Russia and England at the Euro
Niko Kovac: This is exactly what I want to see-the substitutes come out and decide the outcome of the match
Spalletti on the leadership of Napoli: Expectations from us have increased, but there is something to add
Talalaev about 2:1 with Rostov: Akhmat's game needs to be improved. There were a lot of nerves at the end
Aroyan is the first Armenian to score in La Liga. The defender of Cadiz scored a goal in the game with Rayo

Local resturants you can’t miss when travelling to Ayutthaya

Travel hacks for a stress-free holiday in Thailand