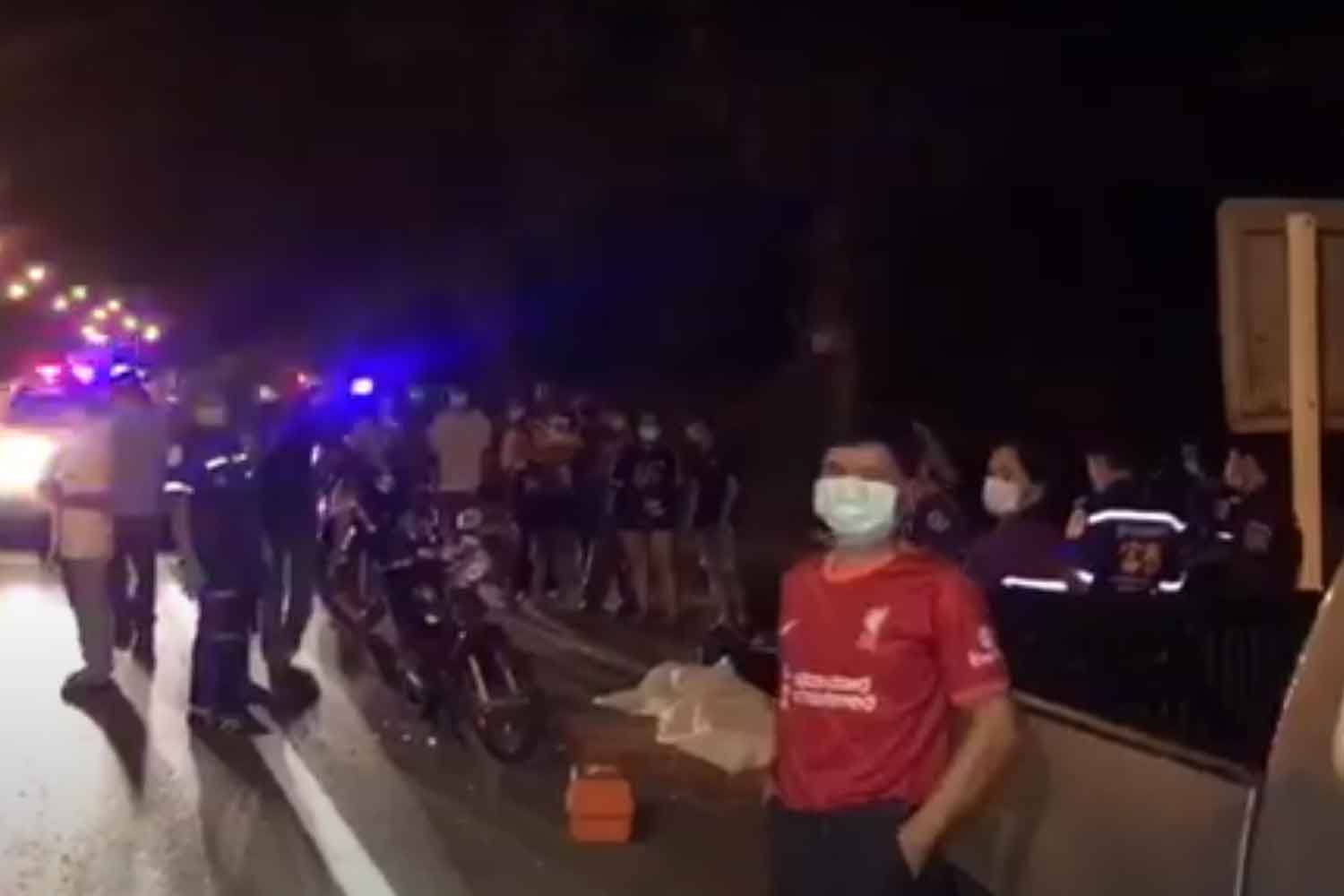 Onlookers gather at a spot on Kalasin-Sahatsakhan road in Muang district, Kalasin province, where a student died after crashing his motorcycle into the rear of a pickup late on Monday night. (Photo: Yongyuth Phuphuangpet)

KALASIN: A college student died after crashing his motorcycle into the rear of a stationary pickup in Muang district of this northeastern province late on Monday night, police said.

The accident occurred at a bend on Kalasin-Sahatsakhan road in front of a temple in tambon Nong Kung.

Piya Champa, the driver of the pickup, told police he parked his vehicle on the roadside to let his wife get out to urinate. When she returned to her seat and he started the engine, he heard a loud noise from his pickup being hit in the rear.

Stepping out of his vehicle, he found a young man lying dead on the road near an overturned motorcycle. He called police.

The young man was later identified by his relatives as Supachai Panpradap, 19, a student at a college in Kalasin.

An investigation was underway.