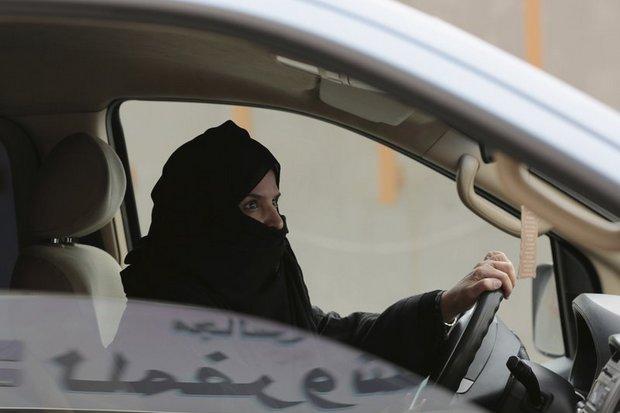 The move, which follows a government crackdown on women activists, is part of a much-publicised liberalisation drive launched by powerful Crown Prince Mohammed bin Salman as he seeks to modernise the petro-state.

"Ten Saudi women made history on Monday when they were issued driving licences," said the information ministry's Centre for International Communication (CIC).

"Expectations are that next week an additional 2,000 women will join the ranks of licensed drivers in the kingdom."

The official Saudi Press Agency said the swap came after women applicants were made to undergo a "practical test", but it did not offer details.

"It's a dream come true that I am about to drive in the kingdom," Rema Jawdat, one of the women to receive a licence, was quoted as saying by the CIC.

"Driving to me represents having a choice -- the choice of independent movement. Now we have that option," added Jawdat, an official at the ministry of economy and planning who has previous driving experience in Lebanon and Switzerland.

In preparation for the lifting of the ban, Saudi Arabia last week passed a landmark law to criminalise sexual harassment, introducing a prison term of up to five years and a maximum penalty of 300,000 riyals ($80,000).

Saudi Arabia, the only country in the world where women are not allowed to drive, has long faced global criticism for what is seen as oppression of women.

But Prince Mohammed, who recently undertook a global tour aimed at reshaping his kingdom's austere image, has sought to break with long-held restrictions on women.

The self-styled reformer has also ended a decades-long ban on cinemas, allowed mixed-gender concerts and clipped the powers of the long-feared religious police.

But casting a shadow on his reforms, Saudi Arabia last week said it detained 17 people for "undermining" the kingdom's security, in what campaigners have dubbed a sweeping crackdown against activists.

Rights groups have identified many of the detainees as women campaigners for the right to drive and to end the conservative Islamic country's male guardianship system.

Authorities said eight of the detainees had been "temporarily released" until their investigation is completed.

Nine suspects, including four women, remain in custody after they "confessed" to a slew of charges such as suspicious contact with "hostile" organisations and recruiting people in sensitive government positions, according to SPA.

Previous reports in state-backed media branded some of the detainees traitors and "agents of embassies".

Campaigners have dismissed the reports as a "smear" campaign and the crackdown has sparked a torrent of global criticism.

The European Parliament last week approved a resolution calling for the unconditional release of the detained activists and other human rights defenders, while urging a more vocal response from EU nations.

Ole Gunnar Solskjaer: I Think it was a penalty against Aston Villa
Philadelphia played in t-shirts with the names of black people who died at the hands of the police
Kompany tries everything at Anderlecht: he coached without a license (terrible), played 15 matches and invested 3 million euros in the club
Aston Villa coach on Manchester United penalty: A shameful decision
Paul Pogba: Winning the Europa League and the FA Cup are two of Manchester United's goals for this season
Manchester United's first ever Premier League win 4 consecutive games with a difference at least 3 goals
Brunu has scored 7 (4+3) points in his last 3 games for Manchester United
Source https://www.bangkokpost.com/news/world/1478829/first-saudi-women-get-driving-licences

IPOs to revive in second half

US pledges to help deter trafficking