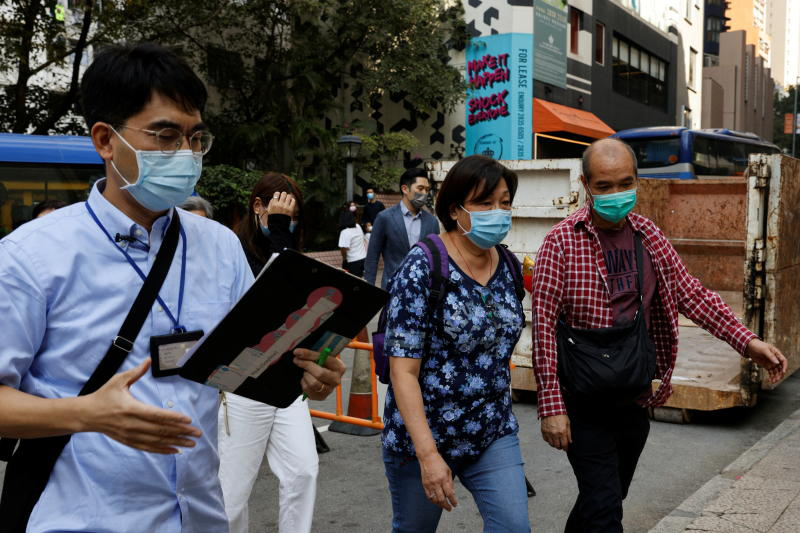 Plagued by the collapse of travel amid the coronavirus pandemic, arrivals to Hong Kong plummeted nearly 94% year on year in 2020 to just 3.57 million, the lowest number on record for the once-mighty tourism hub.

The provisional numbers, published by the Hong Kong Tourism Board on Friday, marked a precipitous drop from the 55.9 million people welcomed in 2019, a year in which arrivals had already dropped due to the anti-government protests.

The vast majority of 2020 arrivals came in the very first month of the year, the board noted.

Hong Kong recorded its first coronavirus cases on Jan 23 last year, two mainland Chinese tourists who arrived in the city via the high-speed railway station in West Kowloon and the city's airport, respectively.

Nearly 12 months later, the city remains in near-total lockdown, with all but three border checkpoints - the Hong Kong-Zhuhai-Macau Bridge, Shenzhen Bay Port and the airport - closed since February.

Hope for a long-awaited travel bubble with Singapore, meanwhile, collapsed as a fourth wave of coronavirus cases hit the city in November.

Other travel restrictions have only been tightened since, with authorities in December banning flights from Britain and South Africa in a bid to keep a lid on imported cases carrying newly mutated coronavirus strains from those countries.

Overseas visitors have been banned from entering the city almost entirely, while the compulsory quarantine period for returning residents — aside from those arriving from mainland China — was upped from 14 to 21 days on Christmas Eve.

All three weeks of isolation must be spent at one of 36 hotels designated by the government.

Tourism Board chairman Pang Yiu-kai stressed that the tourism industry had been through an unprecedented tough year.

"As visitors couldn't come to Hong Kong in person, we took the initiative to concentrate on improving the city's atmosphere and ambience while maintaining its international exposure, so as to attract visitors back as soon as the Covid-19 situation eases," Pang said.

Looking ahead, Pang said the city's tourism board was well prepared for the resumption of travel later in 2021 once the pandemic stabilises.

But tourism is likely to get off to an inauspicious start, as the annual Lunar New Year fireworks show and lantern displays slated for next month were called off by the Leisure and Cultural Services Department on Friday.

While still devastating, the effects of the severe acute respiratory syndrome outbreak in 2003 pale in comparison to the impact of Covid-19.

Thailand in a green rush