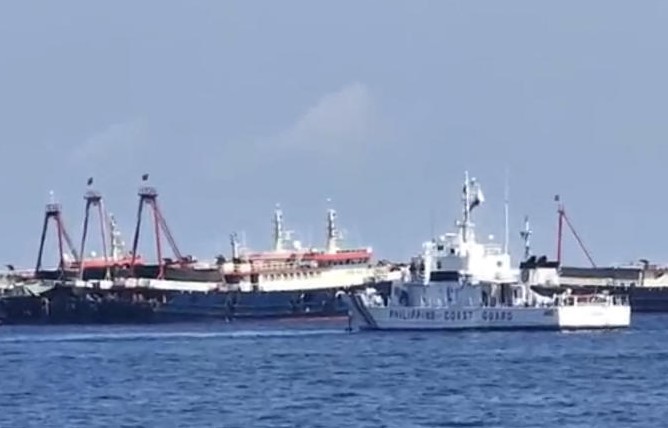 MANILA: The Philippines on Wednesday reported what it said were incursions into its exclusive economic zone (EEZ) by 287 maritime militia vessels from China, in a further sign of cracks reappearing in a relationship after a period of rapprochement.

"This incident along with continued illegal incursions of foreign vessels sighted near Philippine-held islands have been submitted to relevant agencies for the possible diplomatic actions," the task force on the South China Sea said in a statement.

The Philippine foreign ministry has repeatedly complained to China in recent weeks about a "swarming and threatening presence" of Chinese vessels in its EEZ and has demanded they be withdrawn.

The Philippines has recently boosted its presence in the South China Sea through "sovereignty patrols", in a show of defiance that critics say has been lacking under its pro-China president, Rodrigo Duterte, who has drawn domestic flak for his refusal to stand up to Beijing.

There was no immediate response to a request for comment from the Chinese embassy in Manila.

Experts say China's fleet fishing boats and coastguard are central to its strategic ambitions in the South China Sea, maintaining a constant presence that complicates fishing and offshore energy activities by other coastal states.

Chinese officials have previously denied there are militia aboard its fishing boats.

Duterte caused a stir last week when he said a landmark 2016 ruling by the Permanent Court of Arbitration that went in the Philippines' favour in a dispute with China was just a "piece of paper" that he could throw in the trash.

The tribunal also ruled that China's claims to almost the entire South China Sea where about $3 trillion worth of ship-borne trade passes each year, had no legal basis.

"We don't have unity in messaging," Custodio said. "That is encouraging China's actions."