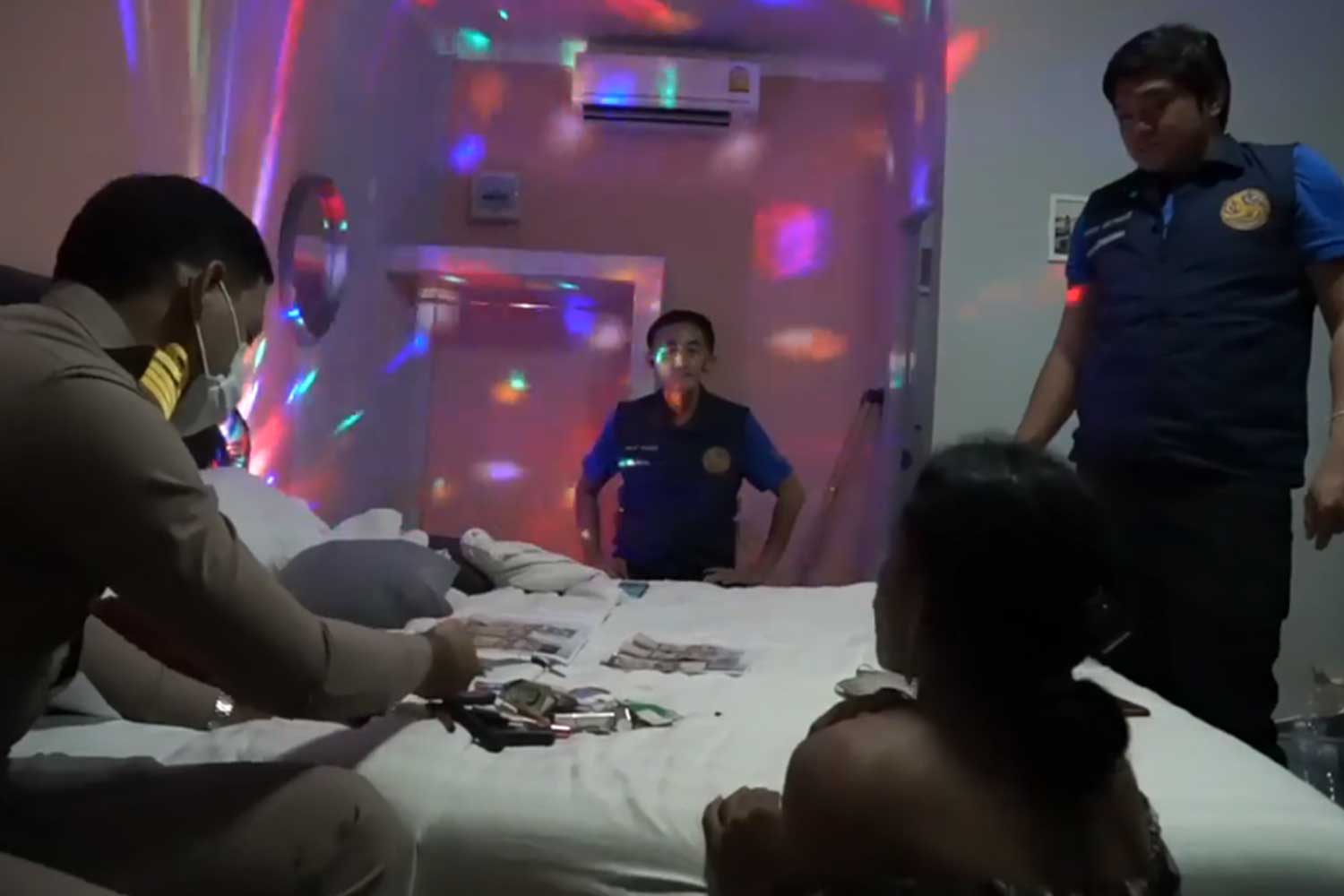 SA KAEO: A Cambodian transgender woman has been arrested and charged with procuring girls under 18 and arranging "swinging" parties for customers via the Twitter messaging app.

Officials from the Department of Provincial Administration’s law enforcement operations centre made the arrest during a raid on a room at a resort in Muang district on Thursday night.

They were acting on information from an anti-human trafficking organisation that a Cambodian national had procured girls under 18 to provide sex services for clients in Sa Kaeo via a Twitter account.

The centre closely monitored the account and learned it was used by Wan Jo, a Cambodian transgender woman, to offer sex services.

Girls were being offered for sex services in Sa Kaeo, Prachin Buri and Bangkok and surrounding provinces. The network was very active.

A spy from the centre then posed as a customer and contacted Wan Jo, who sent photos of young girls and informed him there would be a "swinging party" on the night of Aug 13 at Le Min Resort in Tha Kasem area of Sa Kaeo.

The agent agreed to buy the service and join the party, the department’s law enforcement operations centre said on its Facebook page on Friday.

Officials raided the resort on Thursday night, the given date for the party. Three Thai girls under 18 were escorted from the premises and the 29-year-old Cambodian procurer arrested.

The suspect has been charged with human trafficking, procuring girls under 18 for the flesh trade, and putting indecent data into a computer system.

Ronnarong Thipsiri, director of the centre, said human trafficking is a serious criminal offence. He asked people to act as "eyes and ears" and if they have information about it to inform officials via the Interior Ministry’s Damrongtham centres across the country.

Ibrahimovic scored for Milan in both games of the season. He will be 39 next week
Now the promotion does not differ from the badge on the chest. Players the CRC has not got down on his knee before the match and defended them black sortdir
Roma can be awarded a technical defeat in the match with Verona. The club incorrectly stated diavara
Zinchenko and Bernardo Silva will not play against Wolves due to muscle injuries
Racism doesn't stand a chance. Milan against discrimination
Puig does not want to leave Barca and will fight for a place in the squad. Koeman advised him to go on loan
PSG can sign Khedira from Juventus
Source https://www.bangkokpost.com/thailand/general/1968303/resort-raided-transgender-swinging-sex-procurer-caught