A strong high-pressure system is looming over southern China and will also affect the upper Northeast of Thailand by tonight and early tomorrow.

The Thailand Meteorological Department are forecasting another rather drop of 1.3 degrees C with mornings expected to be cool and foggy in the north and north-east. The high-pressure system affect the North and the Central regions by tomorrow (November 19). The TMD are warning transport in the area to watch out for potentially dangerous conditions on roads in mountainous areas with possible low cloud and fog.

The weak northeast monsoon across the Gulf of Thailand and southern Thailand will bring less rain to the South. The ‘wet season’ south west monsoon finished in October and the winds have already moved around to the north and north-east in southern areas for the past few weeks.

There will be little or no rain on most of the south now until next May, except for some local thunder showers.

The lack of rain in the south is causing an acute water storage shortage in Phuket, with the island’s catchment’s well below their storage levels as the island gets busier for the annual high season traffic.

The weather forecast for the next 24 hours is as follows…

Northern region: Cool weather and fog in the morning, temperature lows of 17-22 degrees and highs of 32-35 degrees C. Temperature likely to drop to 8-12 degrees on hilltops.

Northeastern region: Cool weather and fog in the morning, temperatures lows 19-22 degrees and highs of 33-34 degrees C. Temperature likely to drop to 9-12 degrees on hilltops. 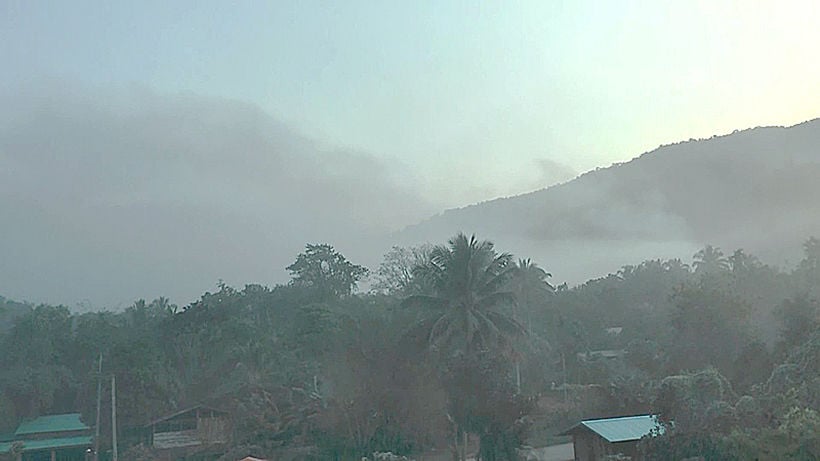