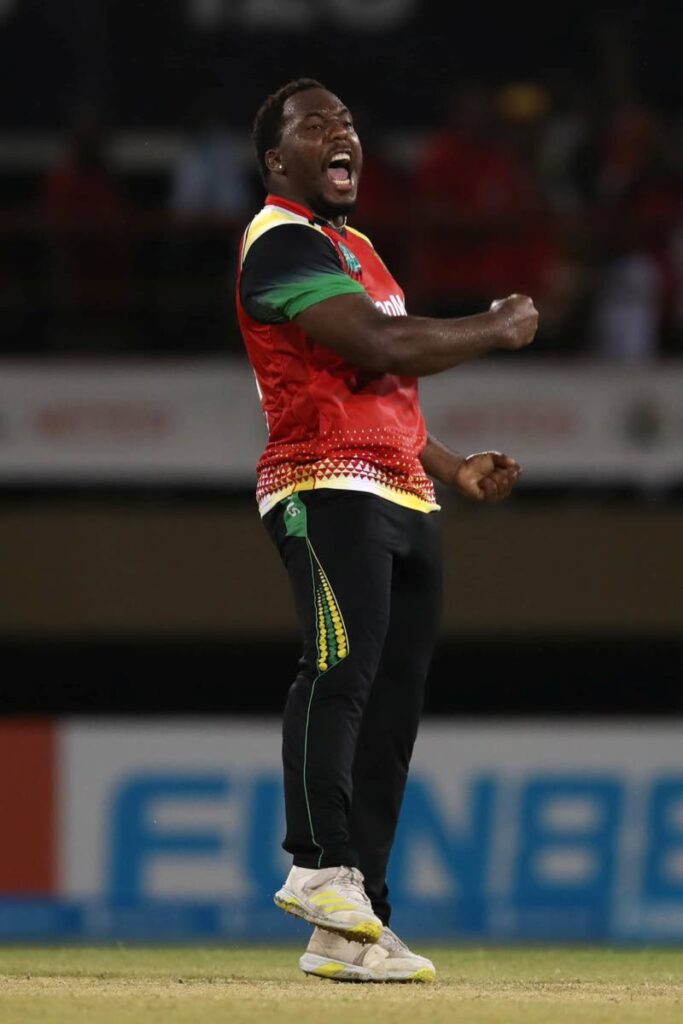 He was speaking on Wednesday evening after the Tallawahs posted a mammoth 226 for five to beat Guyana by 37 runs in the Hero Caribbean Premier League (CPL) qualifier two at Providence Stadium, Guyana.

Smith and Shepherd haemorrhaged 66 runs against Tallawahs in the last three overs of their innings. Smith, who bowled overs 18 and 20, conceded 43 runs.

Although elated his batsmen were able to capitalise on some loose bowling, Ambrose, a West Indies legend and one of the greatest bowlers ever, said the two players must improve to help the regional side.

"We know that they haven't been bowling well towards the back end of the innings. It's not once or twice, it's been happening for a little while. We knew that once we have wickets in hand for those last five, six, seven overs, we can get a big total.

"Quite frankly, for Odean Smith and Romario Shepherd – West Indian players – they need to do some work so they can be better in the back end. But for us, we're happy to be in the final."

Ambrose also had some criticism for his bowlers as Keemo Paul (56 off 37), Smith (24 off 14) and Gudakesh Motie (22 from 13) kept the crowd interested as the run rate sky-rocketed. Guyana eventually closed on 189 for eight.

"The bowling was really good. I thought maybe the last couple of overs we eased up a bit and gave them a few runs because the game was already won, which I'm not happy about. I've always told my bowlers: whenever yuh have ah team to kill off, yuh kill them off. Don't give them no chance to come back."

Ambrose praised the batsmen for setting up the game perfect to bring home victory.

"It's not just the bowlers. I thought it was a great team effort. Brilliant knock by Shamarh Brooks, and well supported by Imad Wasim."

"We know Romario Shepherd and Odean Smith have the ability to bowl in the death, they've done it in the past, it just didn't click this time. Most teams struggle in the death – it's not just us," he said.

On September 8, 2022, at the Darren Sammy Stadium in St Lucia, Guyana had victory in hand against the St Kitts and Nevis Patriots, who needed 22 for victory in the final over. The ball was tossed to Shepherd who was hit for three sixes in five balls – including a no ball. Patriots captain Dwayne Bravo, in his post-match interview, said he did not see the final over as he was being treated by the massage therapist, but he was shocked by the victory.

On Sunday in qualifier one against Barbados Royals, Smith was taken for 22 in the 19th over as Barbados posted a winning 195 for five. Smith's bowling has also been plagued by wides and no balls, a death sentence in the late overs.

He bowled three no balls and three wides on Wednesday to finish one for 64 in four overs – the third most expensive bowling performance in CPL history.