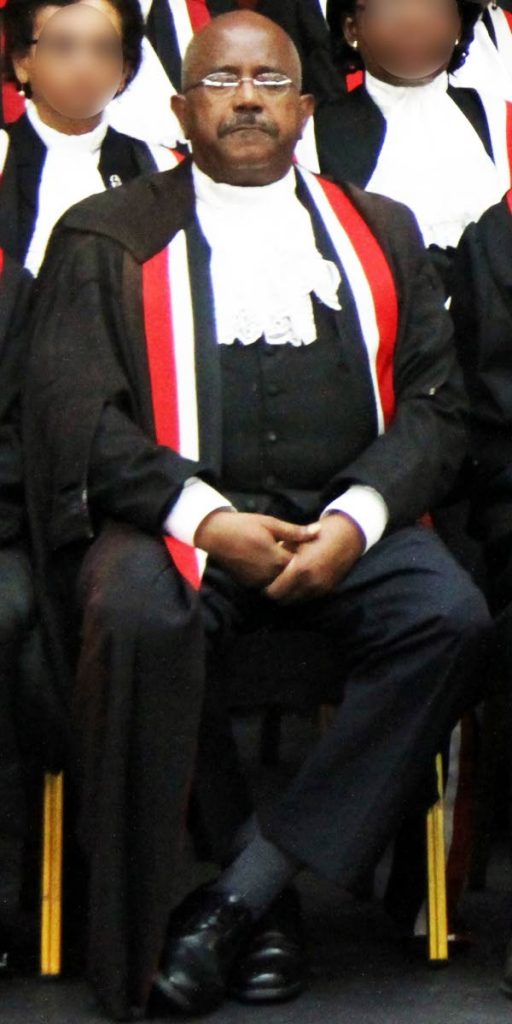 A UNITED States citizen has been successful in her challenge of a decision by the Chief Immigration Officer (CIO) and the Minister of National Security to refuse her application for permanent residence and order her deportation.

In a unanimous decision on Wednesday, Justices of Appeal Nolan Bereaux, Peter Rajkumar and James Aboud upheld the appeal of Dominique Abdool after a High Court judge dismissed her judicial review application.

Abdool sought to challenge the decisions of the CIO to refuse her re-entry into TT and order her deportation; and the minister to refuse her application for permanent residence because she was convicted in the US on a drug-related offence at age 17.

In 2004, Abdool was charged with four drug-related offences in Pennsylvania. She was convicted on a guilty plea of conspiracy in relation to the possession of drugs. Three of the other more serious charges were withdrawn.

She got married to a TT citizen in 2009 in the US and travelled to Trinidad with her husband that year and was lawfully permitted entry. She then applied for permanent residency.

Over a seven-year period, she was interviewed twice by immigration, allowed to travel in and out of TT and became the mother of two. Her application for residency was then refused, she was put on an order of supervision and later, an order of deportation.

She appealed the High Court's decision to dismiss her judicial review application.

Appeal Court judges Aboud and Rajkumar wrote separate reasons but came to the same conclusion that Abdool was entitled to the declarations she sought. Bereaux agreed with the decisions.

All three held that the CIO's rejection order of July 4, 2017, was illegal; the order of supervision was illegal; and the minister's decision to deem Abdool's residency application unsuccessful, was irrational, breached principles of natural justice and was based on erroneous and irrelevant considerations. The actions of the CIO and minister were ordered quashed.

The judges ordered Abdool's residency application be sent back to the minister for his consideration taking into account Abdool’s representations and the court’s observations.

These observations included the factors surrounding her conviction; that nowhere was it said she could not apply for residency or was deemed a prohibited person under the Immigration Act; was granted a work permit for a year by the CIO; was allowed to remain in TT for seven years and travel in and out; was the mother of two children born in TT; is married to a Trini; has not breached any law during the time she lived in TT; and had gone to all interviews with the immigration department as part of the permanent residency process.

In their decision, the judges overruled each of the findings of the trial judge except her legitimate expectation argument.

The judgement said the charge for which she was convicted involved an intention to manufacture or deliver drugs in conspiracy with others and not to the actual or direct delivery of, or trafficking in drugs.

She was fined US$300 and placed on two years of probation. In her lawsuit, Abdool said the interviewing immigration officer downplayed the effect of the conviction as having no effect or impact on her application as she had said she was on 17-year-old at the time. She explained that her mother had a boyfriend whose company was intolerable and she had temporarily moved in with friends whose activities she was unaware.

In his decision, Aboud said, “It is unknown whether the CIO and minister placed reliance on the lone conviction alone or whether reliance was placed on both the conviction and the withdrawn charges.

“Knowing what charges or convictions they relied upon is of paramount importance because, assuming that reliance was placed on the three withdrawn charges, then the CIO and minister would have considered irrelevant considerations.”

While Rajkumar said, “The appellant’s representations could not have been taken into account or properly considered because she had clearly explained that she had pleaded guilty to only one charge on a plea bargain.

“Any refusal of her application for residence based on the erroneous belief that she had been convicted on four drug-related charges would have been unreasonable, irrational, and unfair because it constituted a failure to take into account relevant considerations and the actual taking into account of irrelevant and erroneous considerations.”