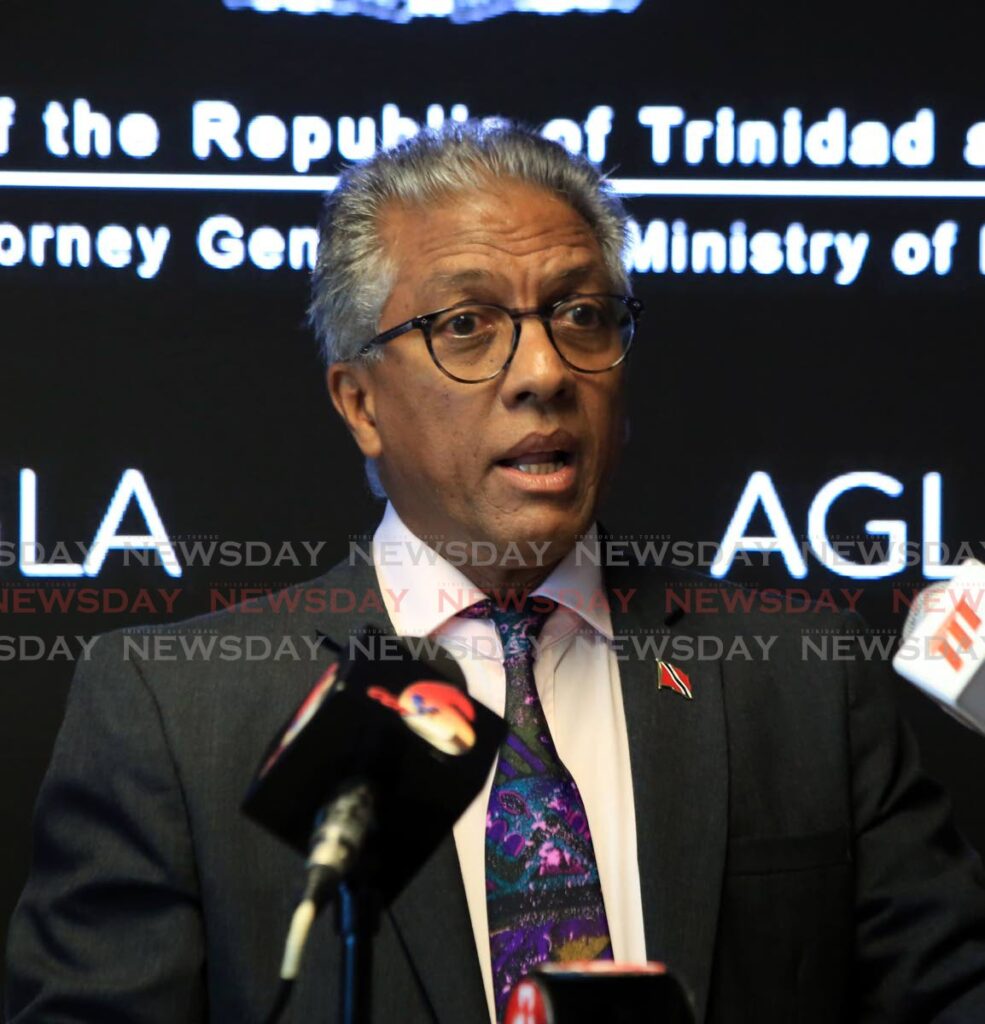 ATTORNEY-GENERAL Reginald Armour, SC, said the Marie De Vere Chambers was paid no legal fees during the period June 19, 2021-March 31, 2022, in reply to an opposition question for oral answer in the Senate on Tuesday.

Newsday found a LinkedIn profile bearing the name Reginald Armour who was described as "Senior counsel at Marie De Vere Chambers," while a post on the Commonwealth Lawyers Association website from his time as Council for Legal Education chairman described him as head of the chambers.

The question was posed by opposition senator Jearlean John who led the opposition in the Senate on Tuesday in the absence of Senator Wade Mark, even as the government bench was led by Minister of Tourism and Culture Randall Mitchell, in the absence of substantive leader Trade Minister Paula Gopee-Scoon.

Armour "No legal fees were paid to Marie De Vere Chambers for the period in question.

"This is because Marie De Vere Chambers was never a legal firm and has never billed clients nor received legal fees."

He said the two other parts of the question were not applicable, that is, questions about any monies owed to the chambers and for what purpose.