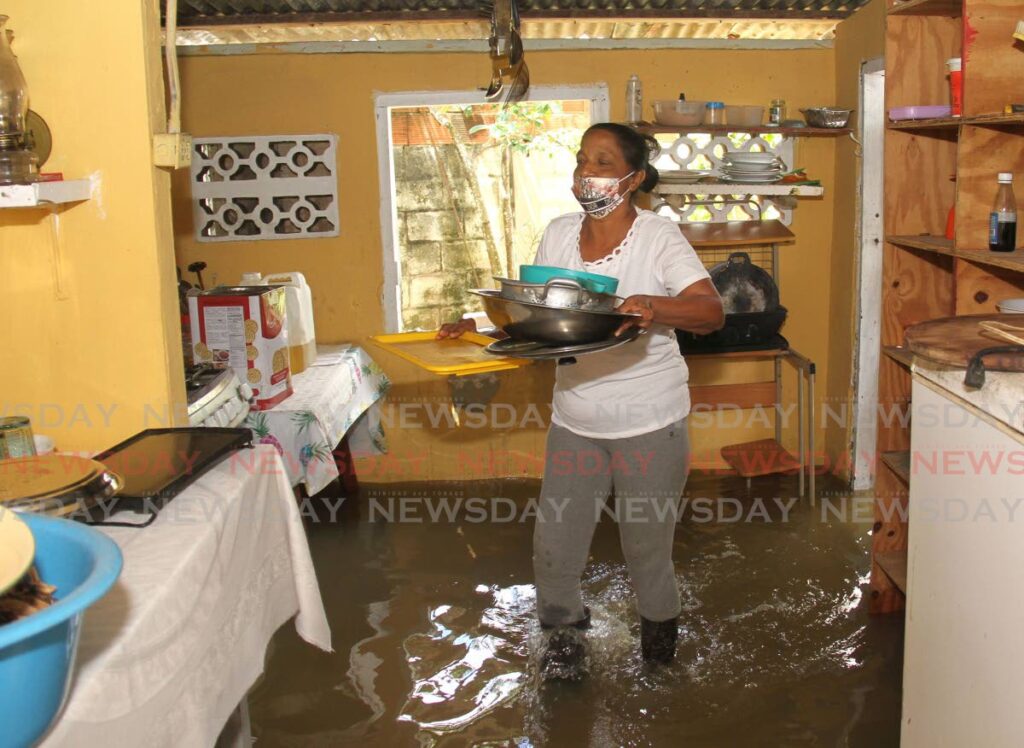 Korisha Latiff moves some of her kitchen utensils to higher ground after her Caroni Village, Caroni home was flooded on Friday. - Photo by Ayanna Kinsale

The rain that fell in the last few days led to the collapse of the drains in Caroni Village, leaving around 60 houses flooded.

Seven streets near the area's sewer outlet were flooded, according to residents who called Newsday.

They said on Friday at noon that about 800 people had been affected.

A pump truck, with workers from the Ministry of Works and Transport, was at the site trying to drain the water through a giant hose placed over the outlet.

Mitra Ramnath said: “The drains are working poorly and the water is going back into the street."

Ramnath said the problem occurs whenever it rains, but is getting worse. 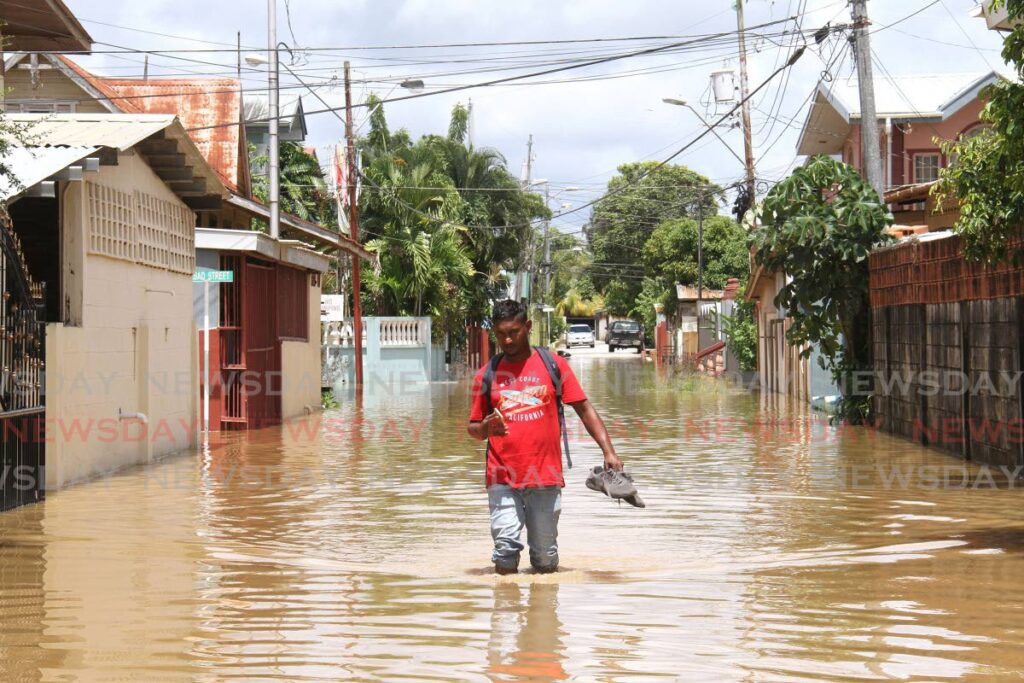 A resident walks through floodwaters to get to his home at Railway Road, Caroni Village, Caroni on Monday. - Photo by Ayanna Kinsale

He said the flooding began with the rain on Thursday morning, and in the afternoon the water reached the houses.

"Many neighbours went to the corner of the street looking for higher ground for fear the water would continue to rise inside their homes. Some spent the night waiting for the waters to recede again.”

Ramnath said they have spoken with the Ministry of Works and Transport several times.

“Only some workers come. They do the drainage checks, but they don't do anything else. They leave and don't come back,” he said.

“This is not new. We are tired and worried,” he said.

Esa Ali has lived in the area for 18 years and said the residents have always used rubber boots in the rainy season.

“In some areas cars can't get in and owners have to park on other streets and walk in boots,” he said.

Adding to the problem, it was said some people put garbage on the street corners and this also blocks the drains.

Another concern is the Caroni River nearby.

Some people who raise pigs and chickens in the area have also been affected by the flooding.

The residents have asked the authorities for regular maintenance of the areas around the river and improvements to the drainage outlet to avoid a disaster.