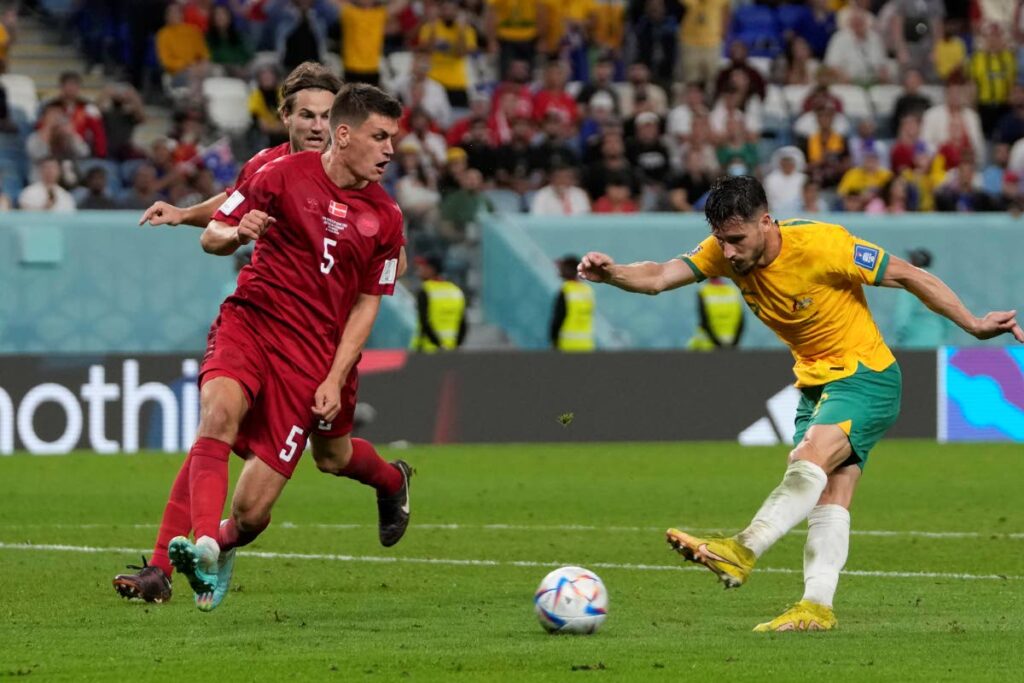 AUSTRALIA qualified for the knockout stages of the FIFA World Cup for the second time in tournament history when they edged Denmark 1-0 in an intense final-round Group D clash at Al Janoub Stadium in Qatar on Wednesday.

A 60th-minute strike from Mathew Leckie was all that separated the Socceroos from the 2020 Euro semi-finalists.

Australia’s win also wiped away Tunisia’s historic 1-0 triumph over title-holders France in the other group match.

At that point, Tunisia were guaranteed a place in the round of 16 if they maintained their lead to the end, and the match between Australia and Denmark remained goalless.

At 3pm, Group C completes its final round of matches as Lionel Messi’s Argentina need a win against Robert Lewandowski’s Poland to advance while Mexico and Saudi Arabia also need a victory, and Argentina loss, to advance.

Poland, however, just need a draw against Argentina to earn a spot in the knockout stages.