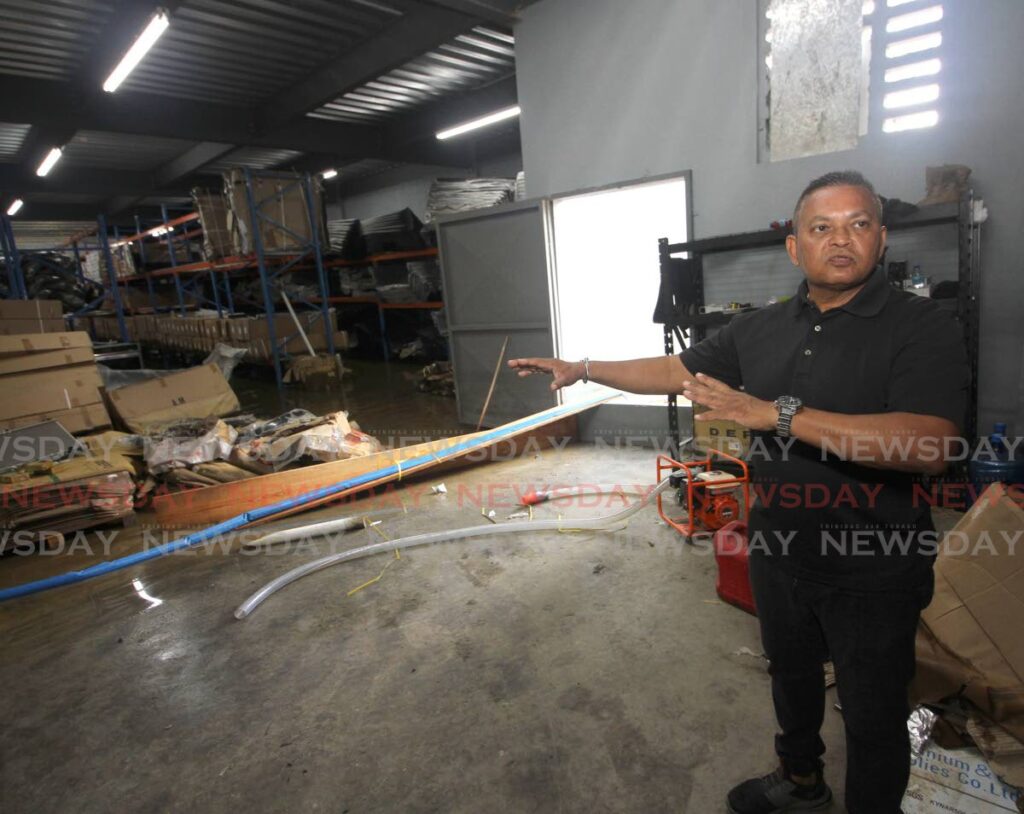 Bobby Mohammed, owner of Bobby's Motor Supplies at Bamboo # 2, explains his losses because of the recent flooding in the area. Photo by Angelo Marcelle

Some residents of Bamboo Settlement No 2 are grateful for whatever support they may get after losing their belongings to flooding, but others are doubtful they will receive any compensation from the government.

Heavy rain last weekend and earlier this week led to flooding in several areas in Bamboo No 1, No 2 and Valsayn.

Some parts of these areas were submerged in floodwater as deep as ten feet and homes and property were destroyed.

A statement from the Office of the Prime Minister on Thursday reported that Cabinet had authorised the release of $150 million to support flood alleviation programmes. Of this, $40 million will go to flood victims.

Newsday visited Bamboo Settlement No 2 as residents and businesspeople continued cleaning up.

When Newsday visited the community, the floodwaters had subsided leaving the streets caked in foul-smelling dirt.

One resident, Savitri Persad, said she felt the allocation was adequate, but was unsure whether she would benefit from it.

"It is a good thing to help people, because a lot of us need help at this. But I don't know if I'd be one of them to get anything, because the last time when the floods came, in 2018, I knew there were people further down in Bamboo who applied but didn't get anything. These are people who lost everything." 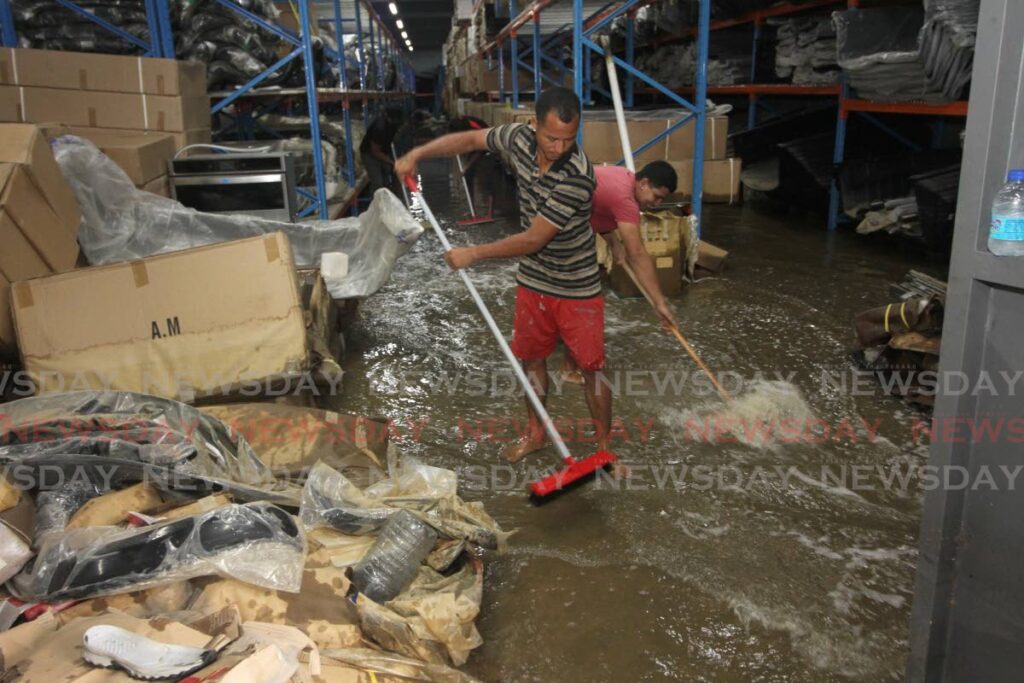 Workers clean the warehouse of Bobby's Motor Supplies, at Bamboo # 2 on Friday. Photo by Angelo Marcelle

Persad said she left her home to stay with her daughter before the flooding began over the weekend, and returned earlier this week to see the tiles on her floor were cracked.

A man who asked not to be named said he also applied for support when his home was flooded in 2018, but did not receive anything, and was not convinced he would get any help this time.

"I'm still waiting on relief from the last time my home was flooded.

"I still went down and made the effort to apply again for relief grants, but I don't know I'll get anything, It seems more like luck and chance to get through at this point."

A businessman said he was fortunate to have suffered only minor damage during the flooding, and was also sceptical about whether the grants would be distributed to those in need. He dismissed the move as "pure politics."

Newsday spoke with Bobby Mohammed, owner of Bobby's Motor Supplies and Accessories Ltd, whose three warehouses were flooded. He was cautiously optimistic about receiving compensation. 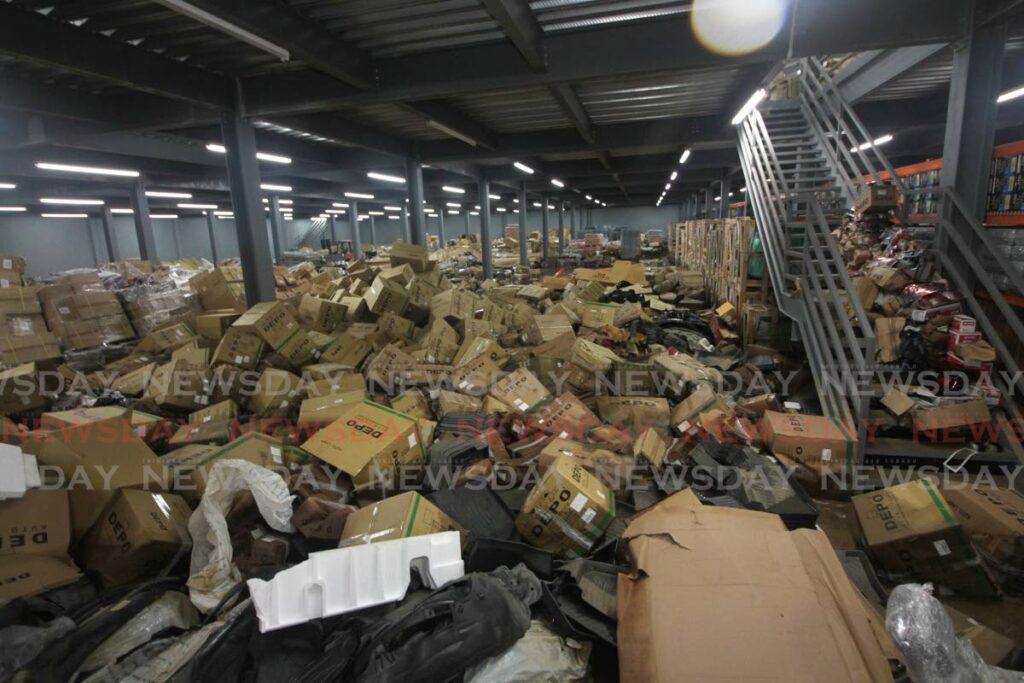 Boxes of car parts and accessories at the warehouse of Bobby's Motor Supplies, Bamboo #2, remain on the ground after the area was devastated by flood. Photo by Angelo Marcelle

"I hope I can get something to compensate me, because all of my employees are out of a job. I'm owing the banks money, and the banks don't help people when these kinds of things happen. At the end of the day, you have to pay them.

"I also have suppliers from China who want their money for shipments of goods. They don't want to hear about floods in Trinidad and I need to find their money."

Mohammed estimated the damage at over $40 million and said it would take months to clean his warehouses.