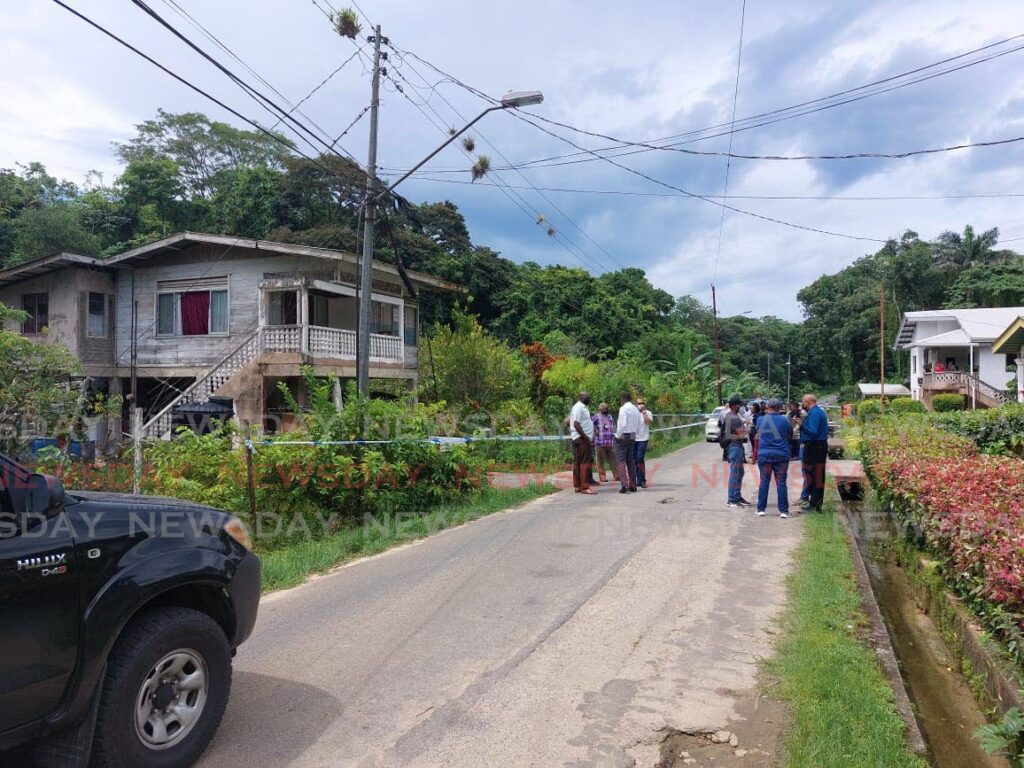 Crime scene investigators at the Basse Terre Village, Moruga home of Sylda Mudie, 82, a Catholic lay minister who was murdered by a close male relative on Wednesday. - Lincoln Holder

An elderly woman was murdered by a close male relative at her home at Basse Terre Village in Moruga on Wednesday.

Sylda Mudie, 82, died in the house. She is believed to have been shot and chopped.

A relative said, "She was a lay minister in the Catholic church. She taught thousands of children confirmation and first communication.

"She went to church on Sunday in Grand Chemin, "

The police who responded to the report shot and wounded the elderly suspect. They caught him with a gun in his hands and he refused to drop it despite the police pleading with him to do so.

The suspect was taken to the Princes Town District Health Facility.

The suspect also shot and wounded Mudie's son Derrek Mudie, who is in his 50s, during the melee. Derek ran off and a resident took him to the Princes Town District Health Facility, where he is being treated.

Moruga and Homicide Bureau Region III police are on the scene.