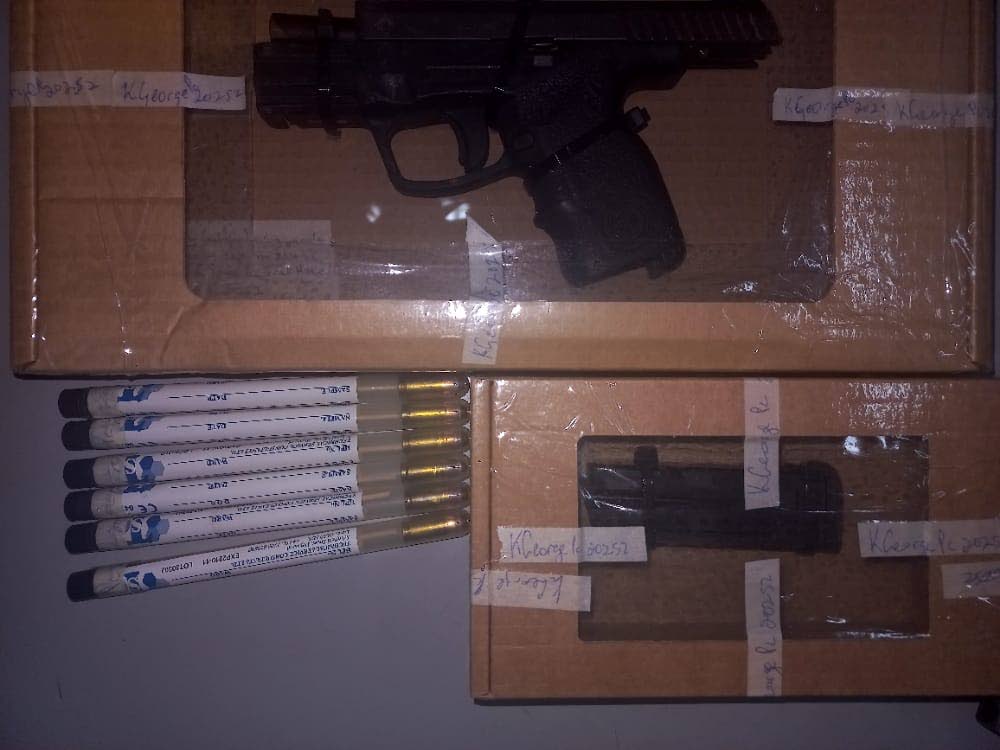 The gun and ammunition which was recovered by police. - Photo courtesy TTPS

A police statement on Friday said Central Division police made the seizures in the Chaguanas district on Thursday.

They also held seven suspects for having guns and ammunition in the past week.

The statement said Chaguanas CID and Central CID Operations held an exercise between 8 am and noon on Thursday.

The police held a 37-year-old man from Edinburgh for having a Taurus pistol, an Arex pistol, five magazines, and 99 rounds of ammunition. He was also arrested on common assault enquiries.

The police also held a 29-year-old man from Montrose, Chaguanas, in connection with a wounding offence.

Meanwhile, North Eastern Division Gang and Intelligence Unit police found ammunition and marijuana in a plastic bag during an exercise between 5 pm and 8 pm on Thursday in Morvant.

The police got a tipoff and went to Pelican Extension, where they searched an overgrown area and found ten rounds of 5.56 ammunition and a quantity of marijuana in a black plastic bag.

No one was arrested, and investigations are ongoing.