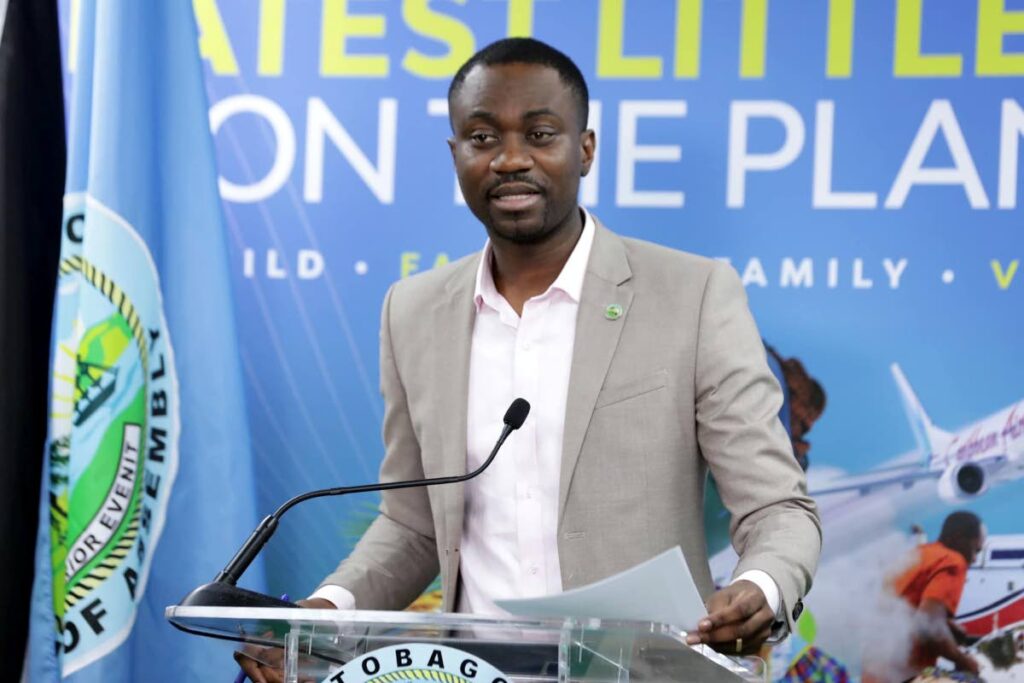 Chief Secretary Farley Augustine at a recent press conference at Shaw Park in Tobago. - Photo by the THA

CHIEF Secretary Farley Augustine has accused central government of not disbursing the Tobago House of Assembly's (THA) full fiscal allocation from the national budget over the past five years.

He claimed the THA had been consistently receiving shortfalls, which have amounted to $138,925,658.

Augustine was moving a motion at Thursday’s plenary sitting, calling on the House to accept the policy measures and recommendations arising from the THA’s recent budget reprioritisation. The new measures are aimed at expediting the island’s socio-economic development.

In September, Tobago received an allocation of $2.5 billion in the $57.6 billion national budget to manage its affairs over the next year. Augustine had requested $3.9 billion in the THA's budget presentation in June.

The executive and administrative heads later met to revise the assembly’s agenda for the fiscal year.

Augustine, who is also the Secretary of Finance and the Economy, told members in the Assembly Legislature he had recently asked staff at the division to do a reconciliation and verification on the releases of the parliamentary allocation of the THA for fiscal years 2016-2022.

He said the exercise was an eye-opener.

“I found it strange that at that point we still had outstanding money from the central government, based on the allocation approved by the appropriation bill in Parliament,” he said. “I checked back to see if Tobago received all of the money allocated by Parliament in Trinidad, because when an appropriation bill is passed, it is, in fact, an act of Parliament. It is the law and it should be carried out to its fullest, to its completion.”

But, he said, “When we did the reconciliation for fiscal year 2016-2017, notwithstanding what was passed in the Parliament to give Tobago – we already agreed it not enough – Tobago received $56.75 million less than what was approved and passed by the Parliament. And it would appear that nobody before me even say, ‘Where we money dey?'"

“For the fiscal year that just ended, the Parliament still has for us $8.6 million, the lowest (in the past years), and this lowest outstanding figure is only because I start to make noise, because there is a grand total between 2016 and now. How much the Parliament have for us? $138,925,658.”

Augustine accused the PNM of deliberately refusing to give Tobago what it is supposed to get.

“So, historically, Madam Presiding Officer (Abby Taylor), in the budget they are giving us $4.37 cents for every $100 we spending. Is what they claiming Tobagonians deserve, what they claiming is enough for our capital development.

"On top of that, you wait until the end of the fiscal year and you realise $56 million, $32 million, $16 million, $25 million, big money still outstanding, still sleeping out.”

He deemed the situation “illegal,” saying the THA is now “engaged in an exercise to go back and calculate to see if we even got 4.03 per cent (of the budget) as is a requirement of law (Dispute Resolution Commission), given that there are shortfalls every year."