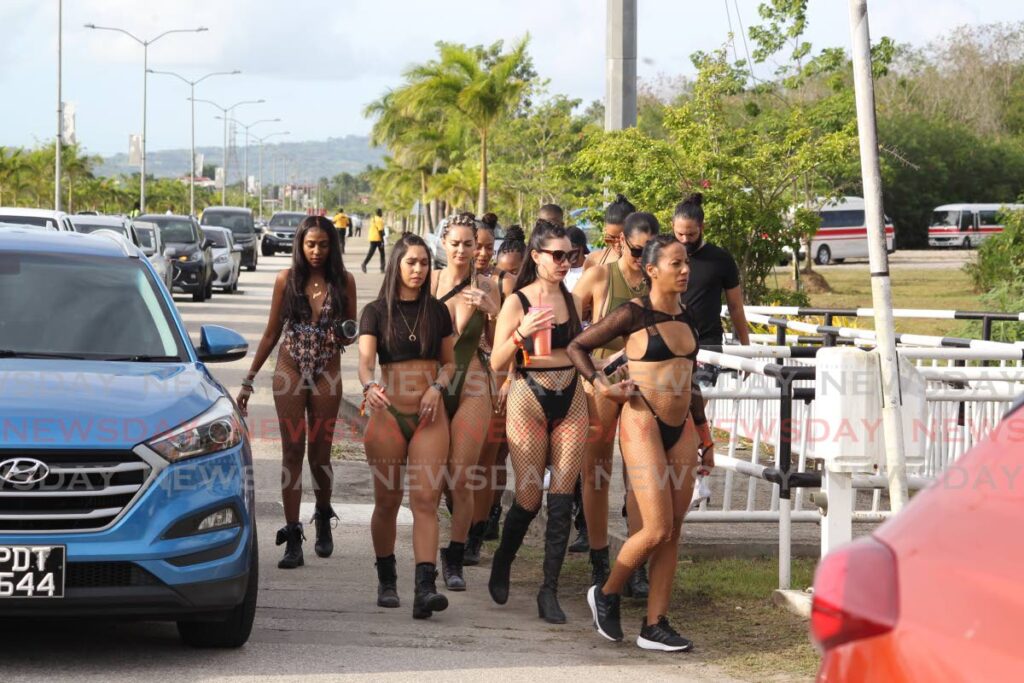 A group of women arrive at the Bacchanal Road fete, hosted by Caesar's Army Ltd, on Sunday at the Brian Lara Cricket Academy in Tarouba. - Roger Jacob

Caesar’s Army Ltd, the organiser of the Bacchanal Road fete which took place on Sunday, has confirmed that a committee member was injured during the event. The organiser said the person was in good condition.

On Monday morning at 8.34 am, Twitter user @jen_ovid tweeted, “N I hope they pay that girl medical bills that got dragged by the drinks truck.”

Upon queries from other Twitter users, she tweeted, “A drinks truck dragged a girl for about 100m and rolled over her entire body. She’s currently in the hospital with broken limbs.”

At 10.05 am, Caesar’s Army tweeted, “We acknowledge the claim being made about an incident with a patron/committee member at our recent event and are pleased to report that there were no major injuries or ‘broken limbs’ as claimed.”

As other Twitter users claimed to have seen the incident, the Caesar’s Army account again tweeted at 10.53 am, “Thank you all for your concern. We can confirm that there was an incident which involved a cart and a committee member. Currently she is in good condition and doing well.

“The safety of our patrons will always be our first priority.”

Newsday was told that some patrons were evading security in attempts to rush the drinks carts at the event.