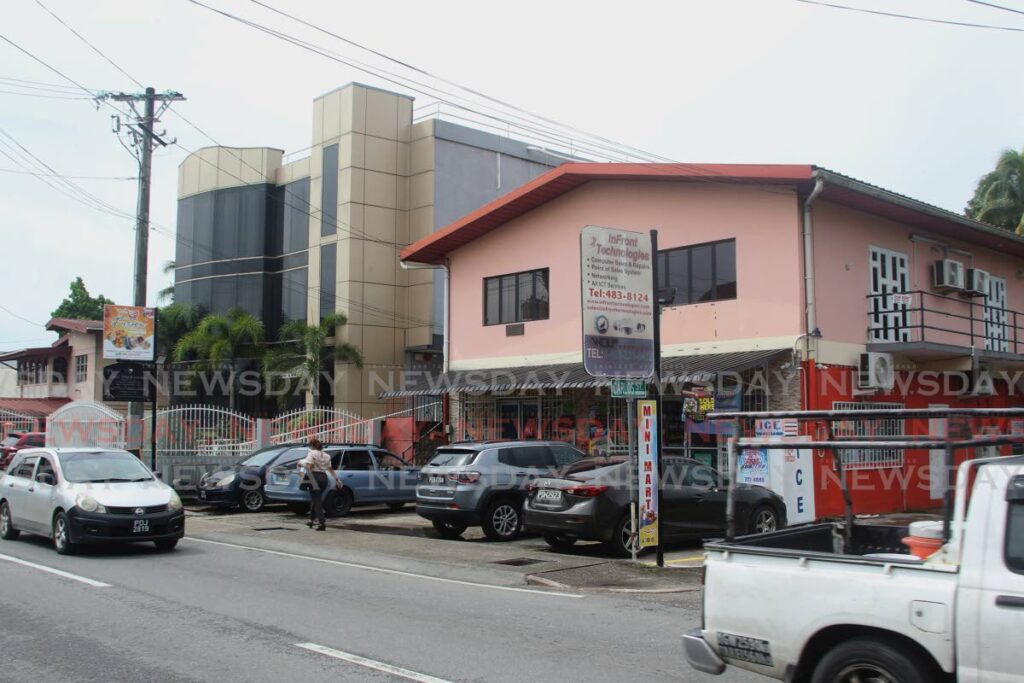 CRIME SCENE: The area in Couva where a man was held for stealing several items including powdered milk and baby oil on Wednesday. A video of the captured man was posted to scoial media and quickly went viral. PHOTO BY ROGER JACOB -

A Couva man who stole several packets of powdered milk, bottles of baby oil and other items from a mini-mart on Wednesday was spared imprisonment by a magistrate on Thursday.

But he was still carted off to prison on a 25-year-old warrant for failing to pay a $750 fine for a similar offence.

He was accused of stealing six packets of powdered milk, hand soap, three bottles of baby oil, shampoo and conditioner and three jars of Vaseline and a bottle of bleach altogether valued at $374, from Fusion Menage mini-mart, at the corner of Carlos Street and Couva Main Road, near the Couva Police Station.

In court, the police prosecutor told the magistrate the mini-mart owner wanted to employ Mohammed. depending on the outcome of the case, prompting the magistrate to call her to verify the information.

In passing sentence, Prince took into consideration Mohammed's remorse and the sympathy of the mini-mart owner and ordered the prisoner to sign a bond for $10,000 to be on good behaviour for the next three years. He told Mohammed if he committed any offence during that period he would be brought back to court to be convicted and sentenced for the crime of larceny.

The magistrate did not take into account the outstanding warrant Mohammed had for a 1997 offence of larceny when he was found guilty of stealing $800 worth of household items and fined $750.

After learning of the previous conviction, the mini-mart owner reconsidered her offer of work.

A video posted on Facebook after Mohammed was held by the mini-mart owner and other civilians evoked an outpouring of sympathy from hundreds of people, who offered to pay for the items and support the man, who they presumed stole the items for a baby.

Other people criticised the store owner for pressing charges and condemned the person who recorded and shared the video of Mohammed sitting next to the groceries scattered on the ground.

Newsday on Thursday tried to unravel the truth in Couva and California, where Mohammed last lived.

The mini-mart owner spoke openly about the incident strictly off the record, saying she did not want any more attention on social media.

Shortly after the mini-mart opened for business around 8 am on Wednesday, Mohammed entered, carrying a bag and wearing a hat, and went to the rear shelves where CCTV footage showed him stuffing items into the bag.

The mini-mart owner chased him in her car and he dropped the bag and ran off. She and another villager they cornered Mohammed before police arrived.

After he left the shop, Mohammed switched his maroon T-shirt for a grey one.

He was asked repeatedly why he stole the items, but offered no response.

In court, Mohammed told the magistrate he could not get any work and had suffered three heart attacks. He said he was the father of a girl, but did not give her age.

A neighbour at Concerned Citizen Street, where Mohammed last lived before he moved out about two weeks ago, complained that Mohammed had stolen his ducks and chickens. The neighbour said he had often given Mohammed food and clothes, and was disappointed by his actions. He said he chased Mohammed out of the street after he broke his trust.