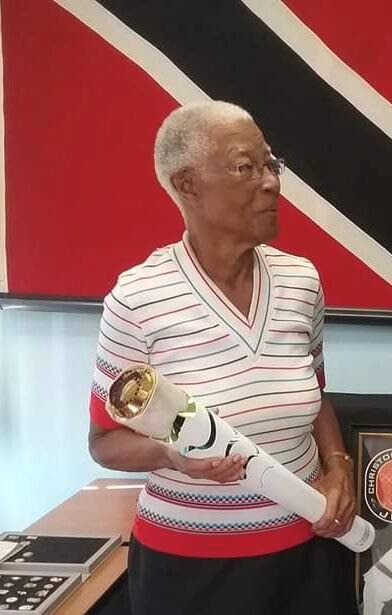 SHAMFA CUDJOE, Minister of Sport and Community Development, has expressed her deepest condolences to the family, relatives, friends, and the sports fraternity on the passing of one of Trinidad and Tobago's leading sporting personalities, Marjorie John.

"On behalf of the Government and people of Trinidad and Tobago, we salute John for her tremendous contributions," Cudjoe said in a media release issued on Thursday. "She was one of a kind athlete who represented this country in a variety of sports and it was evident that she was not only multi-talented but also had a huge passion for sports. She was a national treasure and a beloved figure in the sporting fraternity. It is impossible to forget John’s passion and captivating personality. She truly was a legend".

The media release continued, "We salute this outstanding sportswoman for her dedicated, distinguished, and diligent service to Trinidad and Tobago. May her soul rest in eternal peace."

John represented TT in netball, cricket, table tennis, basketball, tennis, and rifle shooting. As a result of her netball exploits, she was inducted into the First Citizens Sports Foundation Hall of Fame and was made an Honorary Life Member of the Trinidad and Tobago Table Tennis Association (TTTTA).