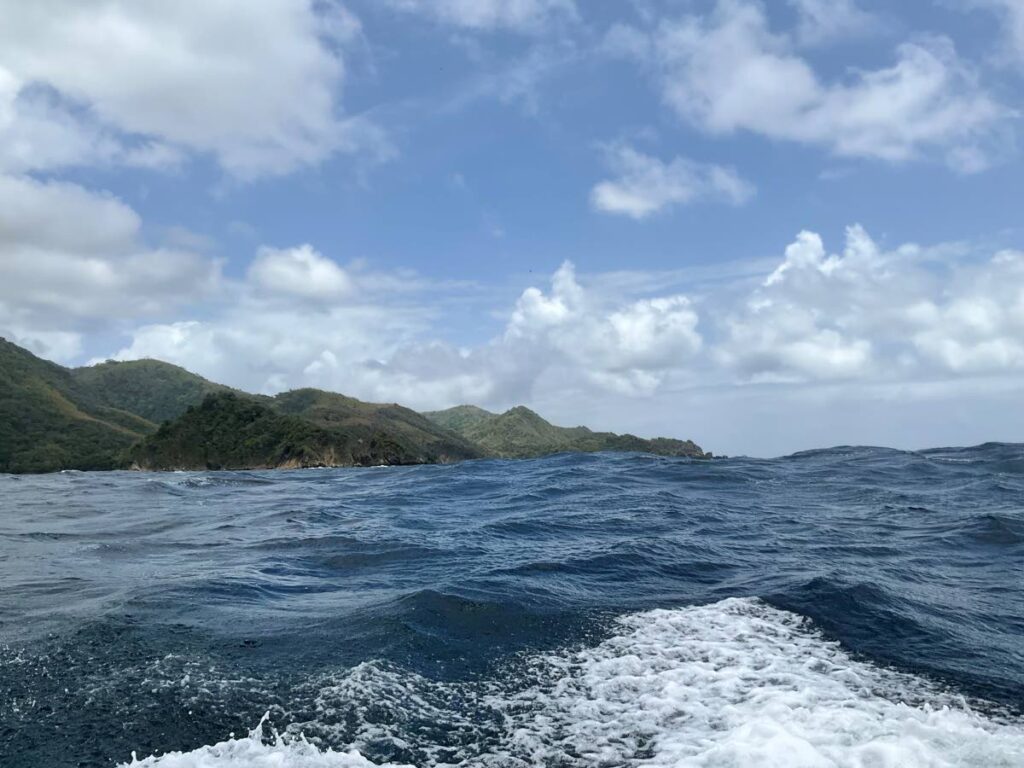 OCEAN WORLD: Seventy per cent of the planet is ocean which our species has already impacted. A view of the sea off Little Tobago. - Pat Ganase

Every new technology and sustainable intention will affect the ocean. Dr Anjani Ganase, marine biologist, laments the idea that the ocean seems still ripe for exploitation.

Currently, there are three long-standing drivers of change impacting ocean biodiversity – over exploitation, pollution and climate change. Expanding human appetites continue to chip away at natural resources, with no regard for other life and without proper management of waste. In addition to these chronic conditions, a recent study produced a global checklist of emerging issues that are likely to become substantial in the next five to ten years. Several marine scientists, practitioners, policy makers around the world surveyed the likely issues affecting our ocean. The major issues emerge under the themes of ecosystem impacts, resource exploitation and the consequences of new technology and shifting standards. Here we review some of the major impacts on the ocean in the near future.

Climate change is impacting the ocean in ways we could never have imagined. This year, wildfires have ravaged most of continental areas, including USA, Brazil, Europe and Australia. While there is obvious loss of natural habitat and wildlife, wildfires release significant amounts of stored carbon, aerosols and particulates, such as nutrients (nitrogen, phosphorus) and metals (lead and iron) into the atmosphere that get carried away by winds and rivers to the ocean. Such high injections of nutrients and metals lead to algae blooms in rivers, estuaries and nearshore marine areas that lead to plankton blooms and result in fish kill.

The accumulation of discharge from land also results in a general darkening of coastal waters from pollutants, sediment resuspension and algae blooms that block sunlight essential for shallow habitats like coral reefs and seagrass meadows. This is likely to be exacerbated in the next few years.

Our seafood is becoming more polluted and less nutritious with climate change. The toxicity of metal pollutants constantly recirculated (from trawling and dredging) and added via industrial and urban discharges will worsen with ocean acidification. More acidic conditions increase absorption of metals into organisms with potential toxic effects. This can be a concern for commercial species such as bivalves – oysters and clams that filter feed.

Our seafood is also becoming less nutritious as essential fatty acids found in seafood and consumed by billions of people around the world become degraded. Essential fatty acids are generated in phytoplankton which is then consumed and built up in the bodies of fish, especially slow-growing species in temperate regions. Warming conditions means that the production of fatty acids in phytoplankton will be impaired and scientists expect a decline in the fatty acids present in fish by ten to sixty per cent by 2100.

One of the biggest ecosystem impacts to be expected is the redistribution of marine life polewards as ocean temperatures soar. This poleward shift is already occurring at a rate ten times faster than on land. As organisms shift latitudes to maintain their temperature conditions, there is squeezing out of organisms at high latitudes that are not able to cope with the warming conditions; along with species loss in the extremely warm marine environments of the tropics.

There are many new ways in which the oceans will be exploited. There is an untapped potential for the extraction of marine collagens to replace the bovine and porcine sources that will expand the market for cosmetics and pharmaceuticals. Marine collagen can be extracted from sponges, jellyfish and many cartilaginous species. Sustainable harvesting can be managed using by-catch and existing fish waste, however this may worsen the damage by non-targeted fishing methods that already contribute to overfishing. Exploitation may focus on areas overrun by jellyfish and sponges.

Meanwhile, the consumption of fad food continues to drive exploitation of species to extinction, as markets expand in other countries. For example, the Totoaba fish in Mexico is targeted for the trade of their swim bladders, an item fetching thousands of dollars on the black market. This has also driven the populations of Vaquita dolphin in Mexico nearly to extinction because of non-targeted fishing practices.

Other forms of resource exploitation include the exploration and potential of deep-sea mining for the extraction of rare earth metals. As we shift to renewable energy, there is a push for battery and electronic technology that depends on metals such as cobalt, lithium etc. Considering that the ocean bottom is rich in minerals, scientists fear the targeting of deep-sea brine pools for lithium, essential for rechargeable batteries. Urgent negotiations and policies are currently being developed to globally manage the open ocean in order to avoid deepsea habitat destruction before consideration of the long-term consequence to the ocean.

We are in the Cambrian era for technological advances – the evolutionary explosion of technological ideas is transforming our world and our marine environments knowingly and unknowingly. The rise of electric vehicles may introduce trace chemical discharges and bring about unintended consequences. Meanwhile, there will be more consideration into the use of ocean waves and currents to co-develop other industries, such as mariculture, as we learn to become more efficient with our marine spaces and functionalities. This may expand to the idea of floating cities that have literally been floating around our imaginations since the days before Mad Max and Waterworld. What if we can live sustainably on the ocean using renewable energy and converting waste in hydroponic vertical agriculture systems.

Around the world, there is a push to manage the oceans and align to sustainable development goals. However, the methods for regulation and monitoring need to keep pace with awareness and policy. Global discussion, technology and consensus are required to monitor and protect the marine environment. Far-reaching plans and policies may all be too little, too late: as long as humans continue to view ourselves as separate and apart from the cycles of nature, we will constantly be creating new pathways for the destruction of planet earth.