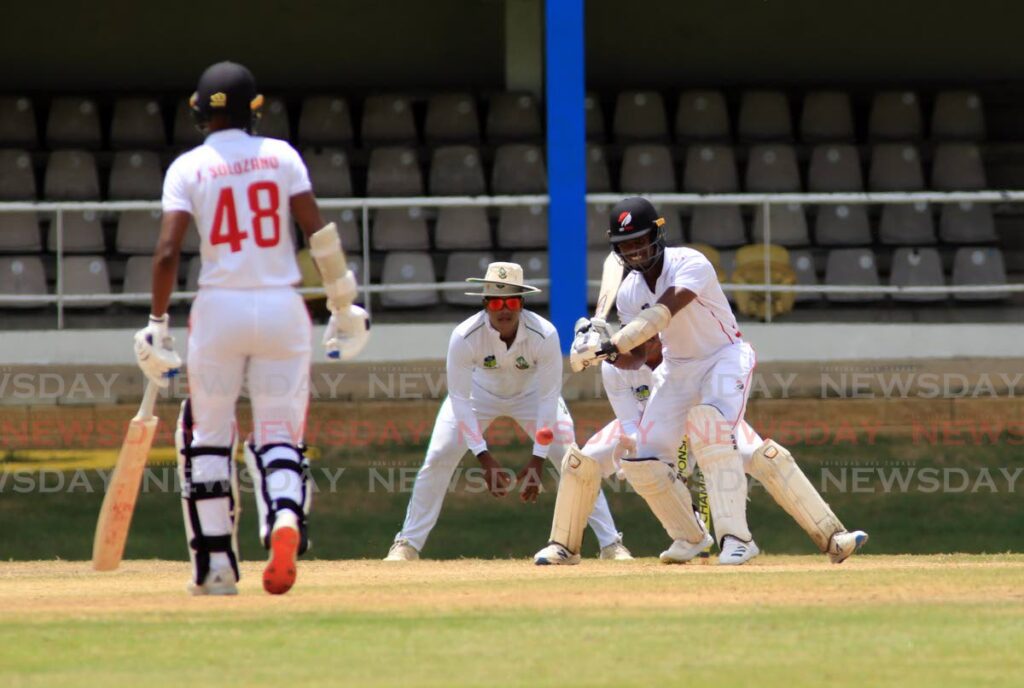 A PARTNERSHIP of 118 runs between Jeremy Solozano and Jason Mohammed kept TT Red Force in front for the bulk of the first day’s play against Guyana Harpy Eagles, but a batting collapse in the final session gave the Eagles day one honours at stumps.

The Red Force closed day one on 203/9 at the Queen’s Park Oval in St Clair in round five of the West Indies Four-Day Championships, on Wednesday.

Red Force have had their batting problems since the tournament resumed in May.

In the last match against Barbados Pride at Brian Lara Cricket Academy in Tarouba, Red Force scored 133 in the first innings followed by 139 in the second. The dismal batting effort led to a defeat by an innings and 22 runs.

Red Force seemed to be having a change of fortunes as Solozano and Mohammed guided the home team to 178/2 in the third session.

The game turned in the blink of an eye as Red Force lost seven wickets for 21 runs as the score quickly became 199/9.

Mohammed was first to go caught at first slip by Leon Johnson to give fast bowler Demetri Cameron the wicket. Mohammed scored 68 off 140 balls, an innings which included ten fours. 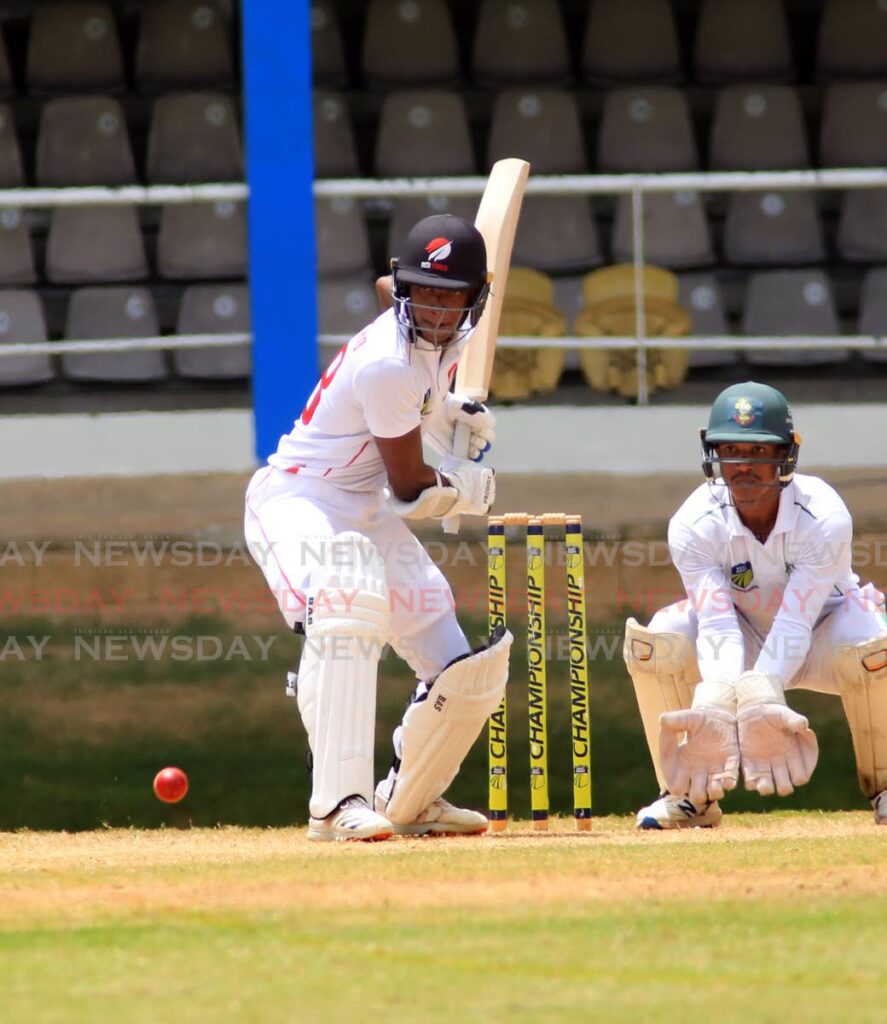 Solozano fell immediately after for 72 when he chipped down the wicket and struck the ball firmly, but left-arm spinner Gudakesh Motie held on to a tough, low catch off his own bowling. The left-hander faced 252 deliveries and cracked six fours.

Yannic Cariah, who has been one of the bright sparks in the Red Force batting line up, was the next batsman sent back to the pavilion when he was given out leg before to Motie for three.

Harpy Eagles continued to grab wickets. West Indies wicket-keeper Joshua Da Silva was given leg before for two to medium pacer Keemo Paul with a delivery that kept low and Red Force captain Imran Khan was the seventh batsman dismissed when he was caught at second slip for two by Vishaul Singh to give Paul another scalp.

Charles was caught down the leg side by wicket-keeper Tevin Imlach and Muhammad was out leg before.

Earlier, Solozano and Isaiah Rajah combined to put Red Force in a solid position after opener Keagan Simmons was bowled for three.

Shortly before lunch, Rajah fell leg before to spinner Kevin Sinclair as Red Force progressed to 71/2 at lunch with Mohammed and Solozano at the crease.

Mohammed and Solozano kept the scoreboard ticking in the early stages of the second session as the pair got Red Force past 100.

Solozano joined Mohammed in the forties with a four down to fine leg off Nial Smith.

Solozano got a second life when he was dropped at second slip by Singh. Singh dived to his left but could not hold on.

Solozano got his 50 with a single off Veerasammy Permaul as Mohammed’s scoring rate slowed down significantly.

Mohammed joined Solozano by bringing up his half century as the pair batted patiently as tea time approached with spinners Permaul and Motie bowling.

Red Force were 149/2 at tea with Solozano on 56 and Mohammed on 55, before all their hard work was spoiled by the final session nightmare. The match continues from 10 am, on Thursday.

T Hinds not out*9

B Charles c Imlach b Paul*0

S Gabriel not out*4