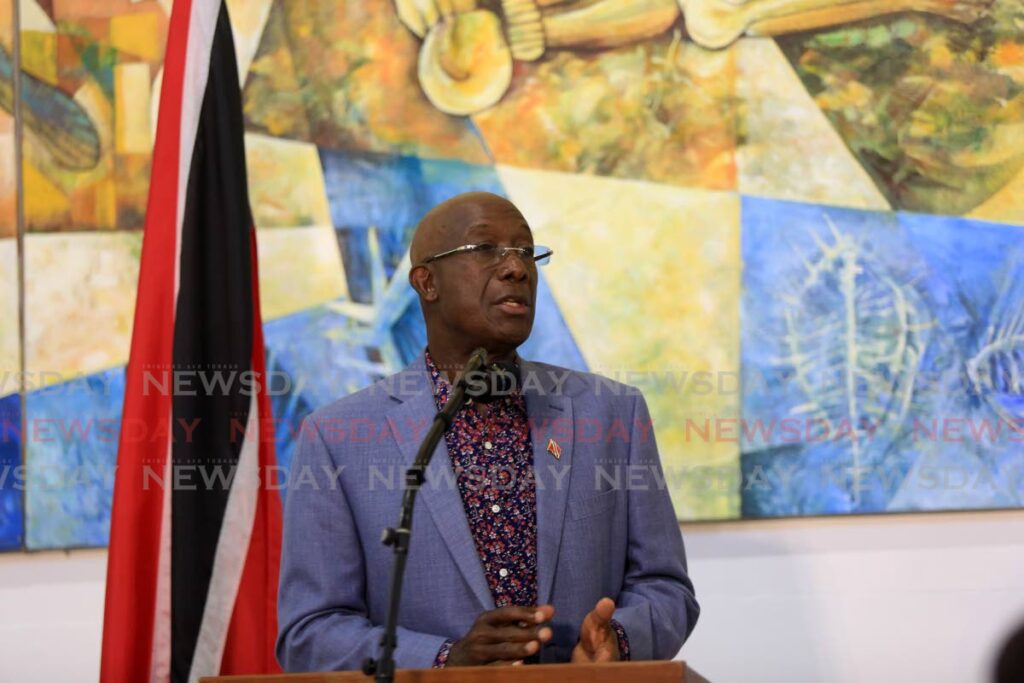 WHAT WAS most jarring about the Prime Minister’s off-the-cuff declaration on Monday that this country’s public sector is not ready for a major work-from-home policy was that it seemed to completely contradict much of what his finance minister had just spent hours outlining to the nation in the budget.

He said the Government’s “foremost priority” in its post-pandemic revitalisation programme was the emergence of a “digital society,” with a “digital economy,” and a “digital government.”

The minister alluded to progress in making TT a cashless society and spoke of the development of information communications technology (ICT) centres and ICT infrastructure, as well as e-commerce platforms like the recently launched Parlour. Even the protective services are to get an ICT boost, he said.

In the budget’s conclusion, Mr Imbert also declared ICT infrastructure projects would be among the areas heavily invested in.

Did Dr Rowley, who attended the sitting in person, miss these portions of the presentation? Maybe if he had been watching online, he might have been more alert to them?

Or was the Prime Minister, who said the budget was Mr Imbert's best, simply seeking to deliver some home truths to the nation?

“I don’t know that we are sufficiently prepared for that to be a major initiative, largely because it requires certain technical infrastructure and a certain level of discipline,” Dr Rowley said, speaking at a media conference held at the Red House (which has, incidentally, long had rules allowing MPs to attend sittings and committee hearings remotely). “We still expect people to be at the workplace.”

Elaborating presumably on the issue of “discipline,” he added: “Some people not even working in the office.”

Enough studies have been done showing that workers who work remotely are often more productive. In the TT context, it’s clear that the hours saved by avoiding long commutes alone can enhance productivity.

Dr Rowley also averred a distinction between the public and private sectors on this issue, but in the PNM’s 2020 general election manifesto, the party pledged to support working from home as a general principle in both.

Indeed, it is important for the State to set the right example if it wishes private companies to follow suit.

Politics is a fickle thing. In one fell swoop Dr Rowley has managed to undermine his own administration’s stance on digital transformation. And he has painted a picture of an antediluvian government trying to reverse the winds of change.

With fuel prices going up and the country’s infrastructure still difficult and time-consuming to navigate, the PM lost a golden opportunity to give people relief.

He has also left many wondering if he is in touch with 21st-century reality.