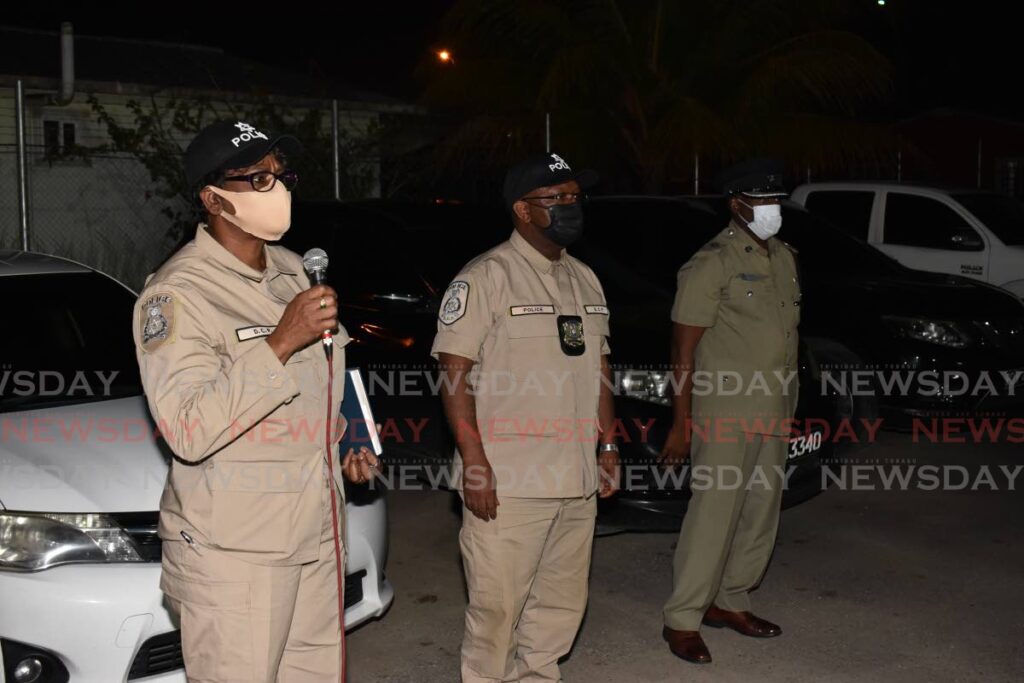 In this September 10, 2021 file photo from the TTPS, acting DCP Erla Christopher, from, left, acting CoP Mc Donald Jacob and Snr Supt Curt Simon address Central Division officers at the Enterprise base in Chaguanas. The Parliament on December 2 approved Simon to act as a DCP.

THE House of Representatives unanimously agreed for the appointment of two individuals to become acting deputy commissioners of police (DCPs) – respectively Ramnarine Samaroo and Curt Simon.

However, both sides accused each other of the lengthy process now required to make acting appointments which previously had been described as being done in a routine manner.

The Prime Minister moved each motion to nominate the two officers.

While not personally knowing Ramnarine, Dr Rowley said, "I know of no basis on which I should second guess the Police Service Commission and on that basis I beg to move."

Naparima MP Rodney Charles accused the Government of "slothfulness, laziness and incompetence" in bringing the motions some 11 House sittings after Ramnarine's nomination was made last June. "Let the Prime Minister address the cumbersome approach to making acting appointments in the police service.

"The entire recruitment process is convoluted and needs reform." Charles lamented that now all top four posts in the TTPS were filled by individuals in acting posts, including Samaroo and Simon, acting Commissioner of Police Mc Donald Jacob and acting Deputy Commissioner Erla Christopher.

In his wrap-up, Rowley said the need for Parliament's nod for acting appointments was now the law.

Attributing the new process to a law demands made by the Opposition, he told them not to ask him to break the law by not following the procedure.

Replying to Charles' claims of tardiness, Rowley said under the law the Government must stay as far away from the nomination process as possible. 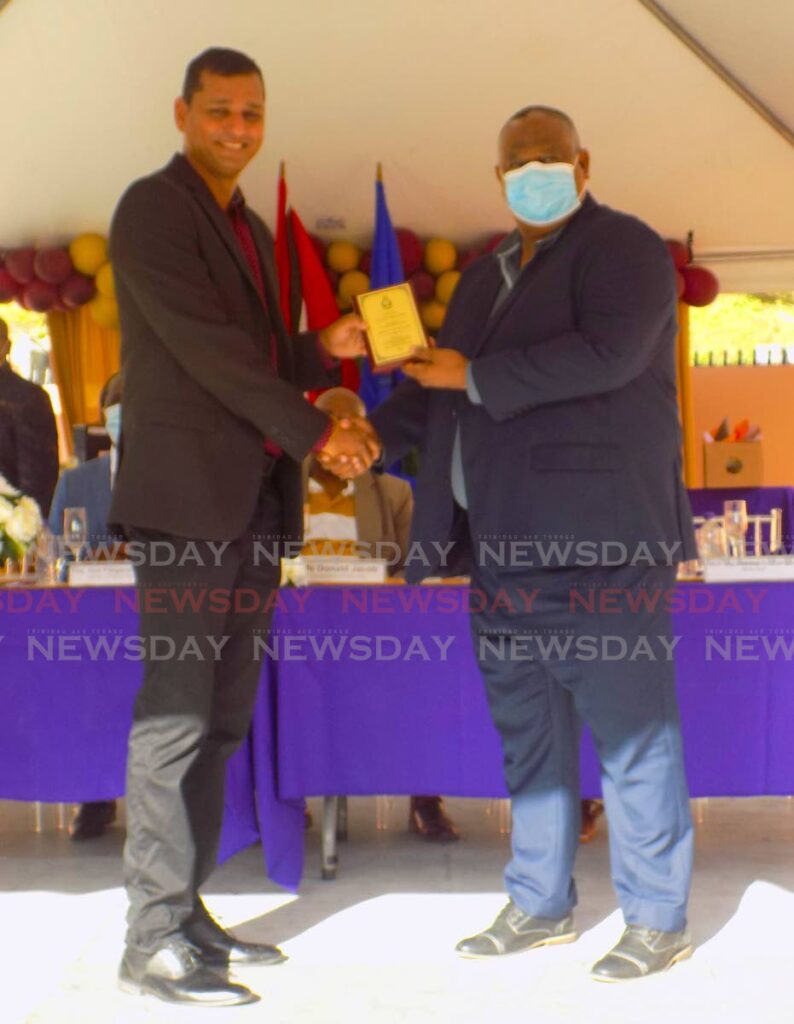 In this June 6 2022 file photo, Insp Sunil Bharath, left, receives an award of excellence from ACP Ramnarine Samaroo during a ceremony for North Eastern Division officers at D Cruz Lounge, Santa Cruz. The Parliament on December 2 approved Samaroo to act as a DCP.

Oropouche East MP Dr Roodal Moonilal, in his reply hoped the need to make any acting appointments would be explained in each case. He marvelled that one nominee was now both an acting assistant CoP and an acting deputy commissioner. Moonilal said the Opposition must first view any legislative amendment to the current recruitment process before they could agree to support it. "Tell us where is the amendment? When can we expect it?"

Rowley in his wrap-up for Simon's nomination said the former Patrick Manning government had agreed to a modified recruitment process for police top-brass in exchange for Opposition support for a suite of anti-crime legislation.