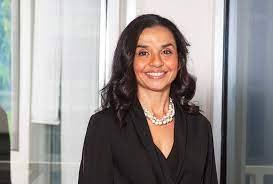 TRINIDAD and Tobago’s Football Association’s (TTFA) repayment proposal has been signed off by the High Court judge who was approached by the local football body for protection under bankruptcy and insolvency law.

On November 8, 2021, the TTFA filed for protection under the Bankruptcy and Insolvency Act as it faced a crippling debt crisis.

On Wednesday, at a brief hearing, Justice Devindra Rampersad approved the repayment proposal filed by Maria Daniel, the trustee acting on behalf of the TTFA’s FIFA-appointed normalisation committee.

He was also told the six objectors to the application, chief among them former FIFA vice-president Jack Warner, were withdrawing their challenge.

Attorney Rekha Ramjit, who represents the six, said the decision to withdraw the objection was made “after careful consideration.”

She said Warner, a former Concacaf president, expected any protracted litigation could have negative and damaging effects on football in TT and its presence in the 2026 World Cup.

She said there were other legal options open to her clients and those are being pursued. However, she said it was felt the withdrawal of the objection would be in the best interest of football.

Earlier this year, the TTFA presented its proposal to the court for approval to liquidate the body’s massive debt.

In a statement, the body said it had “notified the Supervisor of Insolvency of its intent to make a proposal under the Bankruptcy and Insolvency Act of TT which will enable a structured approach to the restructuring of the TTFA and the preparation of a fair, transparent and acceptable payment proposal to address the TTFA’s debt.”

In May, the TTFA announced that creditors voted unanimously in favour of the debt repayment proposal which would see them receiving anywhere from 63 cents on the dollar to 100 per cent of the money owed to them.

Creditors were invited to vote after a comprehensive 45-minute presentation by Daniel that gave a full illustration of how the TTFA found itself in its current state of debt and the options that were considered before arriving at utilising the restructuring option available through the Bankruptcy Act option, the TTFA said.

It said the proposal is expected to be funded by an interest-free US$3.5 million instrument that the TTFA will have ten years to repay.

Creditors owed up to TT$200,000 will be paid in full and the balances above that will be pro-rated. They will also have the option to be paid in US or TT dollars.

According to the TTFA, there were 299 creditors listed in the trustee’s repayment proposal with a total unsecured debt of TT$84.5 million. Ninety-three of these submitted claims amounting to $59.3 million of which 88 were validated with a value of $34.4 million

Warner is the TTFA’s largest creditor with a debt of $22.7 million.

Also appealing against the trustee’s decision to invalidate a portion of their claims were former TT men's team coach Terry Fenwick and sports marketer Peter Miller.

Daniel’s original proposal, which creditors received in April, was enhanced with an increase of US$500,000 to US$3.5 million, and instead of allocating a TT$3 million provision for the BIR and the NIB, funds would now be set aside for outstanding payments monthly, the TTFA said.

WPC shows meaning of to protect and serve

People, saying 'none of your business' rude