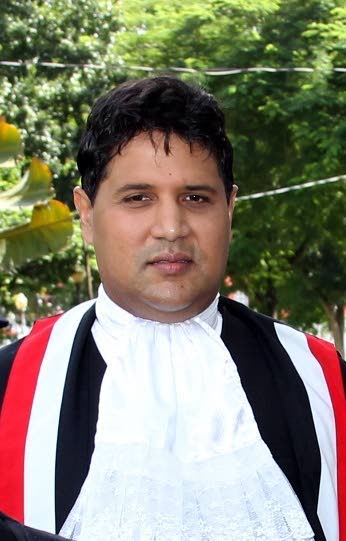 A HIGH COURT judge has advised the department which handles civil litigation for the State to reinvent its processes to ensure efficiency.

Justice Frank Seepersad gave the advice after he had to grant an extension to the State in a malicious prosecution claim brought by a Princes Town businesswoman who was arrested and charged with human trafficking in 2014.

Alana Lagan filed an application for default judgment last month after the State missed the deadline for filing its defence.

In asking for an extension, it was explained some internal administrative imbroglio caused by inconsistent record-keeping caused a miscalculation of the date the defence was due.

The court was told the non-compliance was inadvertent and not intentional.

When the matter came up on Monday, Seepersad granted the extension but warned he would not grant another. The State has until October 18 to get its case together or the matter will proceed on that day as an undefended trial.

The judge said the time for change had come as the “alarmingly frequent” requests by the State for extensions were now “unacceptable.”

He advised those in authority to revisit the status quo and effect a review of its processes.

“It has been a runaway train for 60 years…There must be a reinvention of the processes to ensure we emerge an efficient society.

“Ultimately inadvertence or administrative hiccups are not a good reason to delay the progress of matters before the court. Perhaps when the State starts having to find the money to pay out judgments it will realise the time for serious constitutional and process review is now.”

He was also taken aback by an assertion that the department was a “toothless bulldog” when it came to getting police officers to give instructions when lawsuits are filed.

“That is cause for concern. If that is the level of institutional dysfunction we face, then we need to assess where we are.

“We need to have cohesion in all the arms of the State.”

The State was represented by attorneys from the Chief State Solicitor’s department, Nairob Smart and Mary Davis.

In her claim, Lagan contends the police acted with malice. She is seeking compensation for false imprisonment, malicious prosecution as well as special damages of $53,084 for legal fees and loss of reputation. She is represented by attorneys Jagdeo Singh and Richard Jaggasar.

The lawsuit said police constantly harassed her husband after he refused to pay to have charges of possession of guns and ammunition against him dropped.

Eventually, the charges were dropped and Lagan’s husband reported the matter to the police’s Professional Standards Bureau before he was killed in St Joseph Village on May 23, 2015.

In June 2015, Lagan said, while the family was having a religious service for her husband, police arrested her for “exploiting” friends who had stayed at her home a year earlier. One of the friends claimed she was having an affair with Lagan's husband after she was suspected of stealing money.

Lagan was charged with trafficking in persons, but after 24 court appearances, the charges were eventually dropped on July 31, 2019.

The claim said despite repeated attempts to get information on the police’s file on the human trafficking charges, none was forthcoming, leading her to question whether any existed.