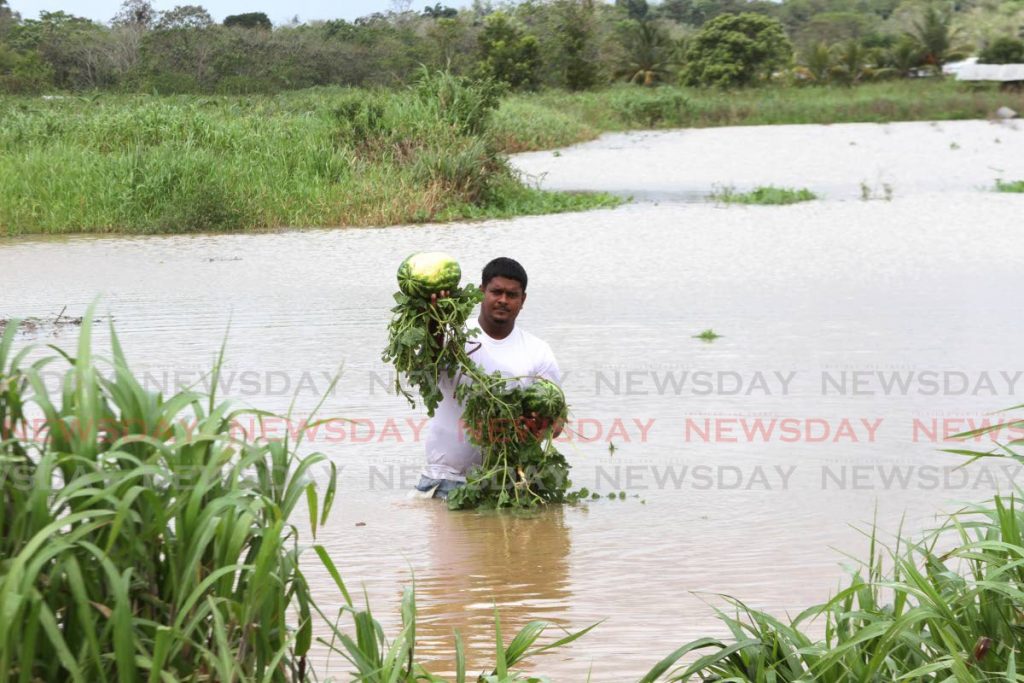 In this 2021 file photo, farmer Kabir Muhammad from Goodman Trace, Penal said his watermelon crop was destroyed by floodwater after heavy rainfall. Photo by Marvin Hamilton

UNITED National Congress (UNC) leader Kamla Persad-Bissessar has reaffirmed her party's promise to create and implement an insurance scheme for farmers if it wins the next general election.

At the UNC's Virtual Report on Monday, Persad-Bissessar and others before her, particularly Senator Jearlean John and Oropouche East MP Roodal Moonilal, spoke extensively about the widespread flooding, infrastructural damage and the government's perceived failure to prepare for the bad weather and its consequences over the past week.

The opposition leader said work had already started on such a plan before the People's National Movement (PNM) reclaimed office in 2015. 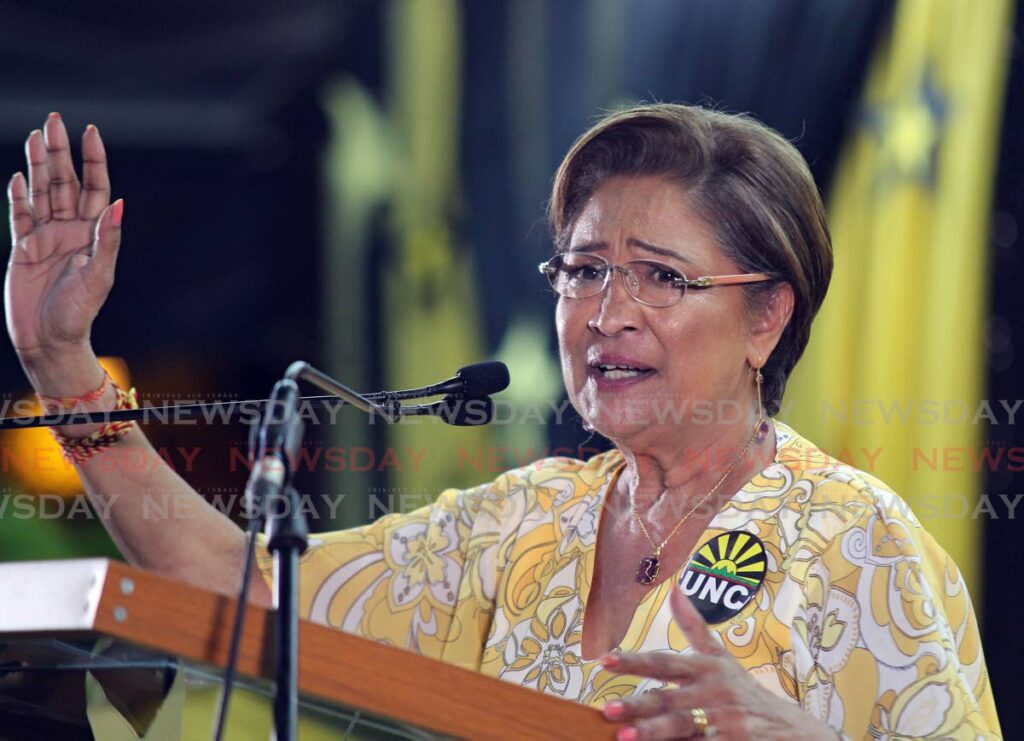 "(Then) we went out of office," said Persad-Bissessar, "and, you know, as JJ (John) tells us, actions have consequences and the PNM never carries through.

"Seven years later, all these years of flooding. Can you imagine how much help people would have gotten if we (had implemented it)?

"So when you give us the authority to form the next government, we will put in place insurance policies for farmers."

In 2020, shortly after covid19 became a pandemic, the UNC revealed an agriculture plan which included an agriculture insurance protection system to protect farmers from losses incurred through flooding, drought, pest and diseases, praedial larceny, fire and business interruption.

On Monday Persad-Bissessar also announced that the UNC's national congress, scheduled for Sunday, has been postponed to allow for assistance to be given to flood victims.

"I want every one of you, every MP, every councillor, every activist and any person in this country to use that day instead to help those in need.

"The sky will not fall. We will (re)schedule the congress."