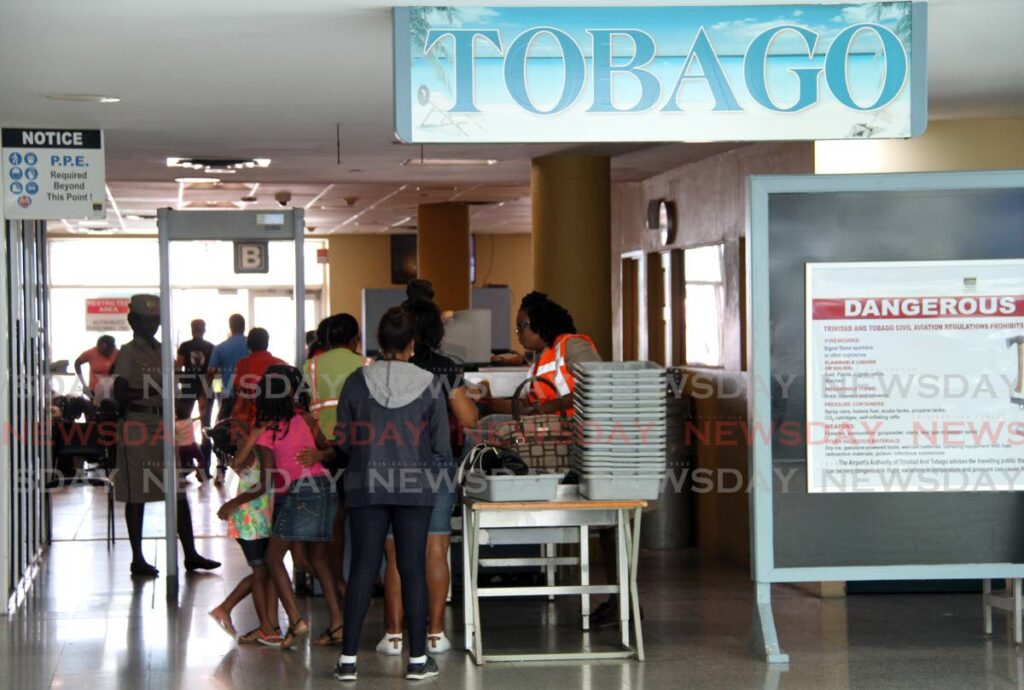 Passengers check in at the Tobago counter, Piarco International Airport in 2018. File photo -

The intervention of Ramesh Lutchmedial, the retired director general of Civil Aviation, in the ongoing discussion of the Tobago airbridge raises key issues that should be carefully considered by all stakeholders.

According to Mr Lutchmedial, even if airbridge flights are full, Caribbean Airlines Ltd (CAL) still stands to lose money: as much as $48,000 per return flight.

Noting the complexity of the airline industry, the unique nature of the product being offered, the existing subsidy, and the duty of the state to provide air transport linkage to support social and economic development, he called for a creative solution involving all stakeholders.

This, he said, should include the Ministry of Finance, CAL, the Tobago House of Assembly (THA), the Tobago Business Chamber and hoteliers.

Mr Lutchmedial also held up the possibility of a new two-tier pricing system which would see Tobago residents alone pay a subsidised fare.

These are the kinds of ideas that should attract our attention, given how long this airbridge conundrum has existed. And it is a conundrum.

On the one hand, it has been evident that while CAL can rely on there being strong seasonal demand for flights between Trinidad and Tobago, it has always been difficult for it to get the balance right when it comes to meeting that demand in a way that generates not only profits but also goodwill with its customers and those who rely on the service.

The issue is clearly not just about profitability – though that is a huge facet of it, given rising commodity prices.

It is also, as Mr Lutchmedial suggests, about the provision of a social good. Without an efficient airbridge in place, Tobago’s tourism sector is stifled.

In addition to inquiring into the cost margins per flight, we should also examine the degree to which both local and international tourist flows are bolstered simply by the availability of short, convenient flights linking the two islands.

The knowledge that one could, at a moment’s notice, quickly move between Trinidad and Tobago would, in our assessment, draw thousands more tourists than otherwise.

That is why stakeholders in the tourism industry need to bring their own figures to the table.

Such information would be vital in not only justifying the continued subsidisation of the route, but also in making a case for bodies such as the THA contributing to it as well, outside of the central government.

Meanwhile, the need for CAL to be profitable is also important. But instead of CAL viewing the airbridge as an albatross around its neck, it should consider how the Tobago route can serve its purpose.

If more and more people, including international travellers, have a positive experience with the airline, surely that helps it raise its profile and reputation? The first experience most citizens have with flying also tends to be on CAL’s route to Tobago.