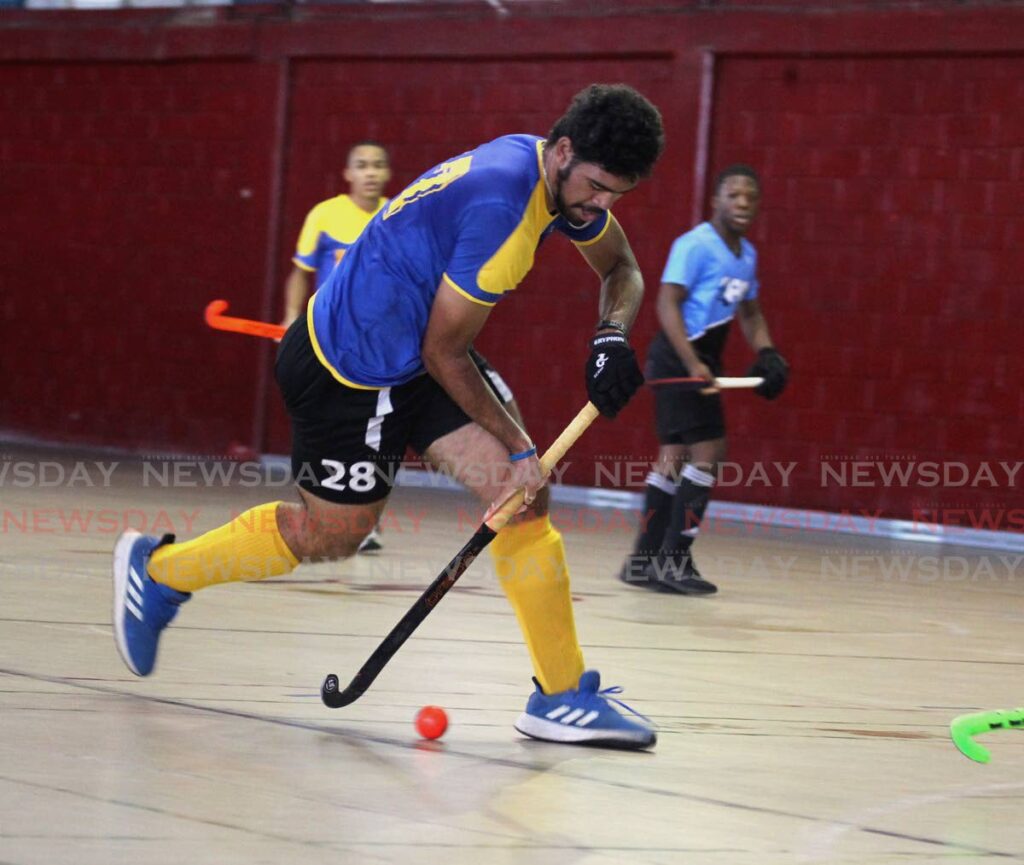 Adam Perriera of Fatima Under-19 in action in the TT Indoor Hockey Festival at Woodbrook Youth Facility. - ROGER JACOB

Three quick goals, from Magnolia’s Savannah De Freitas in the third and sixth minutes and Samanthan Olton in the ninth, led them to an easy 3-0 win over TTPS in their first match of the day.

In their second clash, Magnolia steamrolled Harvard 4-0. Shania De Freitas opened the scoring in the second minute and Briana Govia sent them 2-0 up with a field goal four minutes later.

Savannah again found the back of the net, this time in the 11th minute via a penalty corner. Four minutes later, Mia Otero affirmed victory for Magnolia as she scored from a field goal.

In the open men A division, Malvern defeated Notre Dame 4-0; Queen’s Park (QPCC) A got past Paragon by the same margin; and TTPS A and TT Defence Force played a 2-2 draw. TTDF secured a 2-1 result against Paragon later in the day.