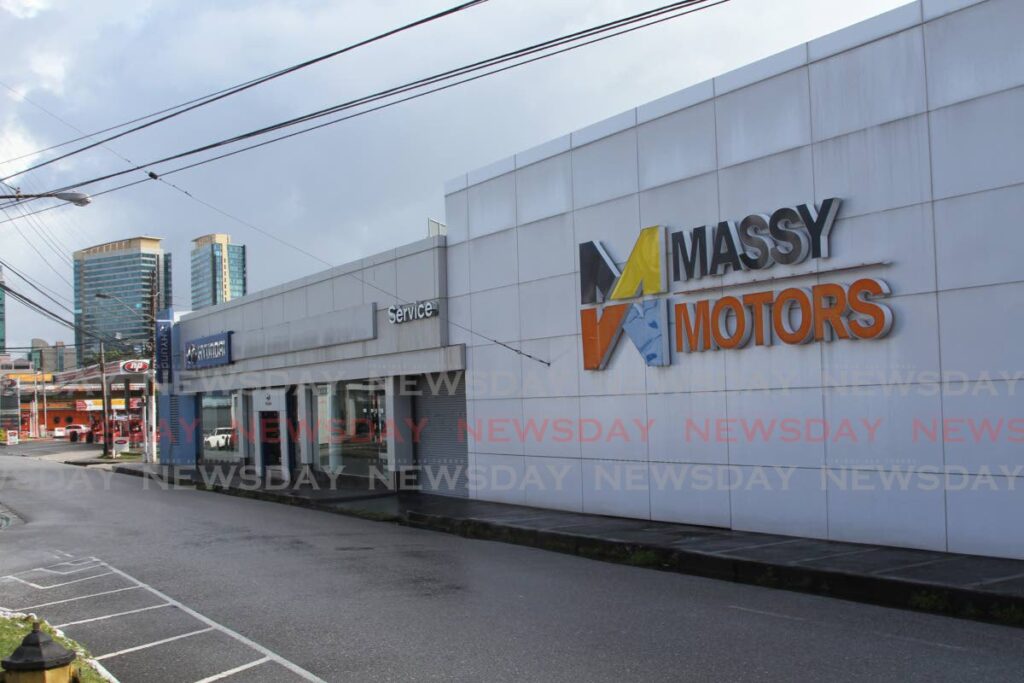 The Port of Spain branch of Massy Motors, a company under the Massy Group. - File photo

Despite operating losses in some portfolios, Massy Group managed a three per cent increase in profit after tax of over $515 million for the nine months ending June 30 in the 2022 financial year.

In his chairman’s statement, Robert Bermudez said the group’s third party revenue from continuing operations grew 13 per cent from $8.1 billion in 2021 to $9.2 billion. Operating subsidiaries contributed $782 million, a 33 per cent increase from the year before.

Profit before tax in the motors and machines portfolio increased 64 per cent over the prior year and the integrated retail and gas products portfolios increased profits by 25 per cent and 19 per cent respectively.

“The growth in the motors and machines portfolio was driven by a healthy increase in all of the business in the portfolio. In particular Massy Motors Trinidad’s growth was exceptional as its operations were closed during the covid19 lockdown for two of the three months in Q3 2021,” he said.

Bermudez, however, noted that the performance of the operating companies was overshadowed by a disappointing performance in the Group Divestment Funds – investment of proceeds from divested assets – as well as captive reinsurance portfolios.

He said through the third quarter in 2021 the divestment funds and captive reinsurance portfolio contributed $53 million to the corporate office and other costs. This year, the same portfolios incurred losses of $40.6 million.

“The group however retains an overall gain above the principal contributed from the proceeds of divestments,” he said.

Profit before tax was also affected by operating losses from the motors and machines’ investment in an online used car platform called Curbo as well as the winding down of major contracts at Massy Wood.

Bermudez gave an optimistic outlook on the overall performance of the group saying its transformation into a holding company with a focus on motors and machines, gas product and integrated retail portfolios was "well underway." He said assets in the divestment portfolio were rebalanced as the group continues to transition those funds to its three focus points, and as a result he predicted that the volatility in that portfolio will reduce.