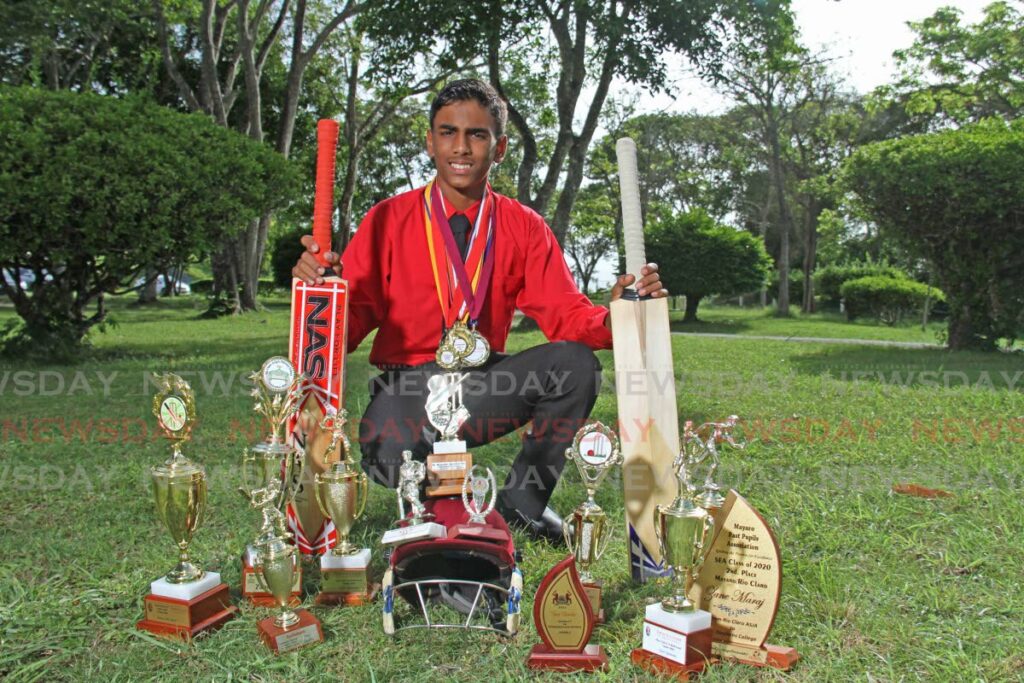 Zane Ethan Maraj with some of the medals and trophies he has won as a cricketer. - Marvin Hamilton

In December 2019, while playing a competitive match in Florida, he scored the three consecutive ducks. The batting all-rounder was on the brink of tears as he recalled the embarrassing moment.

Then ten, he was vacationing in the US and decided to play with AK Academy Cricket Club’s under-13 team against an under-15 side.

Smiling, he said, “I do not know if I was destined to be a cricketer. However, my grandfather Jewan Maraj Sr gifted me with a toy that would forever change my life – it was a cricket bat!

“My first game was officially at seven, it was a primary school game.”

Zane says his parents Veda and Jewan play a vital role in his life.

“Mummy ensures I do not miss a beat with my academics. I am expected to perform at the highest level, as she knows of my dreams after cricket.” 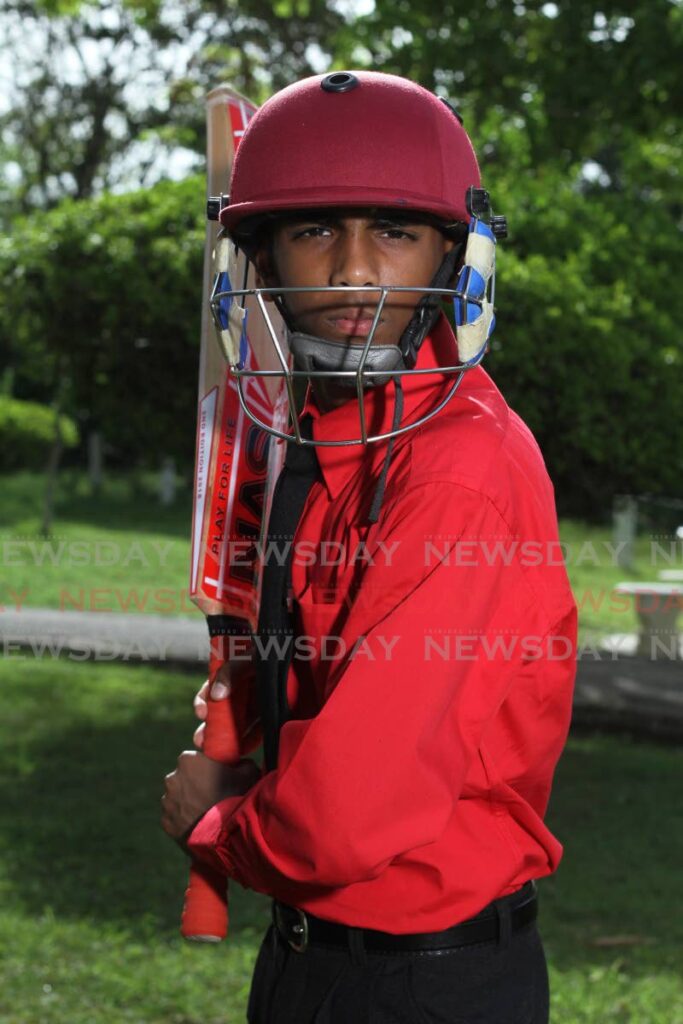 Zane Ethan Maraj captains the Under-13 and Under-15 cricket teams. - Marvin Hamilton

His father, Jewan Maraj Jr, is one of his biggest supporters. He plays an instrumental role in Zane’s life, both on and off the field, from taking him to match practice, working out with him, and being his mentor.

His parents, he said, reassured him it was ok to fail. His father often refers to a quote from basketball legend Michael Jordan — “I've missed more than 9,000 shots in my career. I've lost almost 300 games. Twenty-six times I've been trusted to take the game-winning shot and missed. I've failed over and over and over again in my life.”

Luckily, he did not bow to failure. He later got the opportunity to meet one of his favourite cricketers, Dwayne John Bravo. “I remember being starstruck, seeing him in person and getting his autograph and chatting with him,”

Maraj hopes, along his journey to meet the likes of Australian cricketer Steven Peter Devereux Smith and Virat Kohli from India.

Had it not been for his father’s encouragement and his liking for several sporting superstars, Maraj believes he might have quit due to his previous failures on the field. 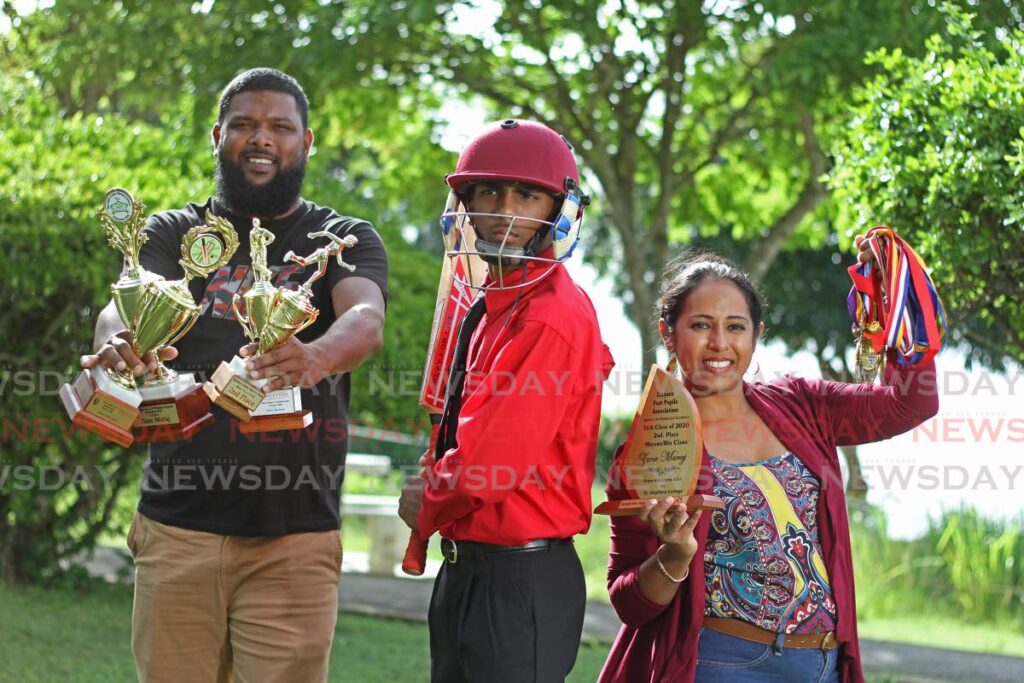 Zane Ethan Maraj with his mother, Veda, and father, Jewan, who motivate him to succeed even when he fails. - Marvin Hamilton

“Being the captain of the national Under-13 (team), some may think it is a reward, but it comes at a cost. The team’s success and failures fall on the captain’s shoulders.

“When the team is winning, it's great. However, when we are losing, all the eyes are on the captain, as it is his responsibility to lead on the field.”

He sees failure as a learning tool for success, as an opportunity to be able to do over, but do better by learning from one’s mistakes.

Maraj loves a competitive atmosphere, even with spectators’ (supporters and opponents) contributions.

“Spectators and fans motivate, even when they chant against my side, I’m motivated. They push us to perform at optimum level, my team and I have been thought by coaches to let those chants against us, fuel us.”

During a game, or on and off the pitch, the team often hears words of encouragement: “Come on boys, it’s all right, stay focused, we can do it.”

Maraj is mindful of being around like-minded and positive influences. It is difficult being a teenager, he said, and his circle of friends has become smaller: too much is at stake.

“I can’t afford to allow my hard work to go down the drain by getting caught up in the wrong crowd. I cannot do anything that would get me in trouble or bring shame to my family, team and the cricket board,”

The Mafeking boy's dream as a cricketer is to represent the West Indies in all of the formats of competition.

He offered some advice to other youths: “Believe in your dreams, no matter what people may say. Work and be smart.”