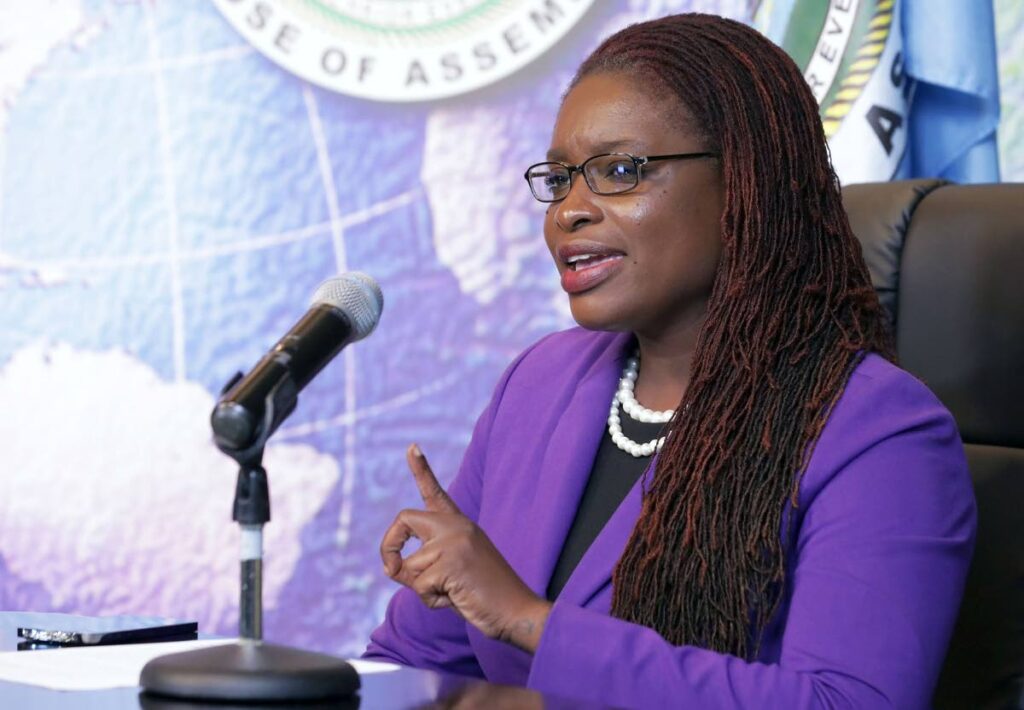 PAEDIATRIC and renal services will be available at the Roxborough Hospital from June 1.

This was disclosed by THA Secretary of Health, Wellness and Social Protection Dr Faith BYisrael as she responded to Minority Leader Kelvon Morris at the sixth sitting of the Assembly Legislature in Scarborough on Thursday.

Last Monday, Morris pointed out that it was previously claimed that outpatient services will be available from April 1 at the Roxborough Hospital, including urology, renal clinics, ob/gyn, paediatrics and internal medicine. He asked how many people had accessed these services from April 1 to May 16.

BYisrael said: “In the month of April at the Roxborough Health facility, we had seven new patients who were seen via the gynaecological clinic – ob/gyn. We have two new general medicine patients.

She said the process that is used to admit new patients into the outpatient clinic at the Roxborough health facility is one that is based on referrals either from the health centres in the district or from individuals who live in the area who currently attend clinics in the Scarborough district.

“Every person who has been referred to the Roxborough health facility thus far has been seen by the professionals in their respective fields.”

She said it was important to recognise that the current administration came into office in December 2021, when in fact the Roxborough health facility was commissioned and opened over one year ago.

“I am sure we all remember that the Prime Minister came up to an opening and since then, we have not been able to provide renal services at the facility.”

BYisrael said the TRHA is managing the recruitment of specialist physicians on the island.

She added: “We have been working to ensure that the transition of specialist patients is done in a seamless manner. As a result, there are policies that are currently being developed that speaks to the implementation, that speaks to the actual functioning of each of these specialist clinics at the Roxborough health facility.”

She said that a Medical Chief of Staff was only hired late last year to start managing the hospital.

“Paediatricians will be available at the Roxborough facility from June 1 and those referrals are being set up as we speak. Patients from the eastern communities who have been attending specialist outpatient clinics have currently been transferred and they would start seeing nephrology and internal medicines from next week.”

The required health professionals to see these patients, she said, will be available at the facility from that time.

She noted that the new Tobago Regional Health Authority (TRHA) board will be announced in a couple weeks, as she responded to a question from Minority Councillor Petal Daniel-Benoit. She outlined the process used in the interim as it relates to decisions that require the approval of the board.