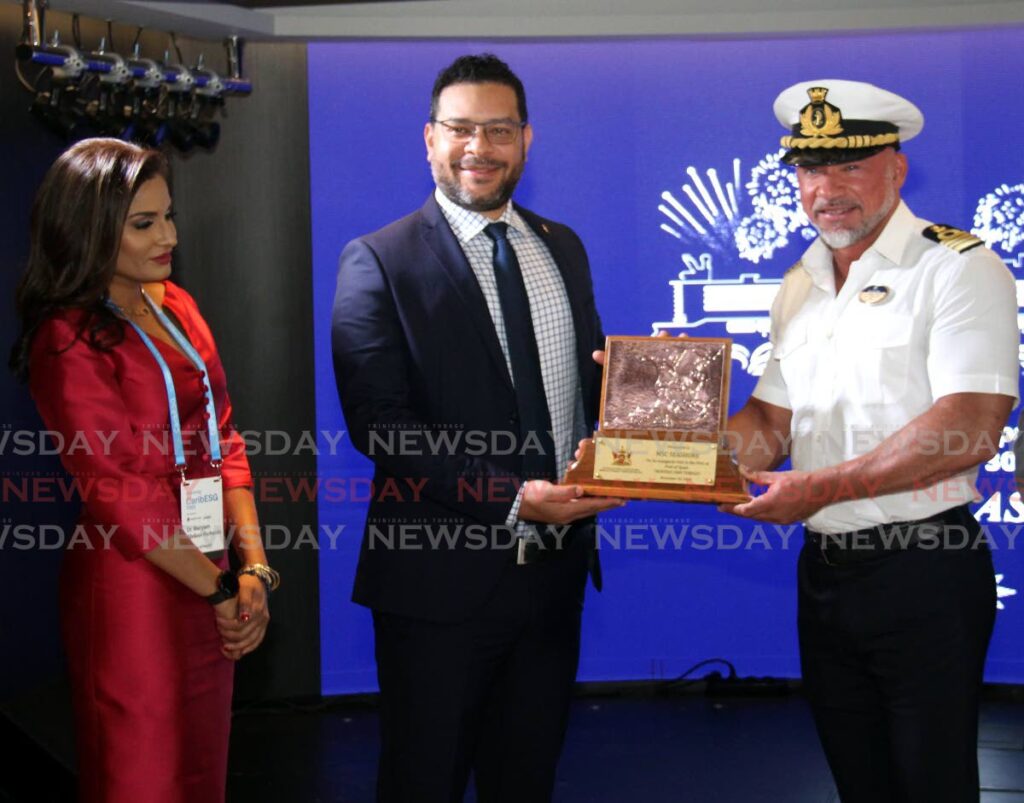 Minister of Tourism, Culture and the Arts Randall Mitchell presents captain Dino Sagani with a token of appreciation aboard the MSC Seashore at the Cruise Ship Complex, Port of Spain, while Principal Medical Officer, Ministry of Health, Dr Maryam Abdool-Richards looks on. - Photo by Ayanna Kinsale

Cruise ship Captain Dino Sagani of the MSC Seashore said while the ship is in TT, one of the opportunities which will explored will be the provision of LNG and methanol to the cruise line as fuel sources. The ship, which is the largest vessel ever to arrive in Trinidad, arrived on Monday.

Sagani said cruise lines around the world are keen on preserving the environment. He said the MSC line had started building ships powered by LNG. 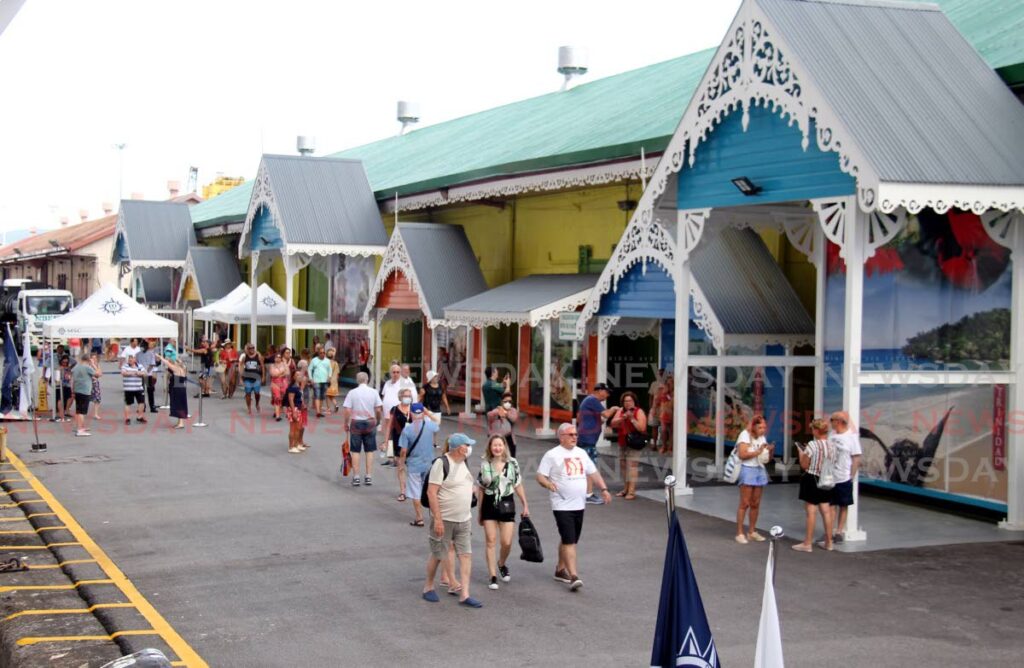 “We currently have a system which is an advanced proton system which prevents the vessel from pollution with the emission and it’s quite a system that’s been put in place in order to meet new restrictions around the world. We’re looking to be even more environmentally friendly and started to build ships powered by LNG as that is the most cleanest fuel you can have, so we’re going to do that with all our vessels.”

He said the topic would be brought up during discussions with the Tourism Authority, as having LNG bunker stations could attract more ships to the islands.

“Tapping into this country’s LNG resources is definitely something you have to look at. I know the problem we have in Europe now it’s not very easy, because we used to take our gas from Russia. In Italy for example, in a matter of a few months, by having connections with different countries, from Africa and other parts of the world, we managed in less than six months to build back all the resources and diversify, so basically we have filled up all of the gas resources that we had, so I think it's something we want to do, because I’m sure in this part of the world you could find resources.” 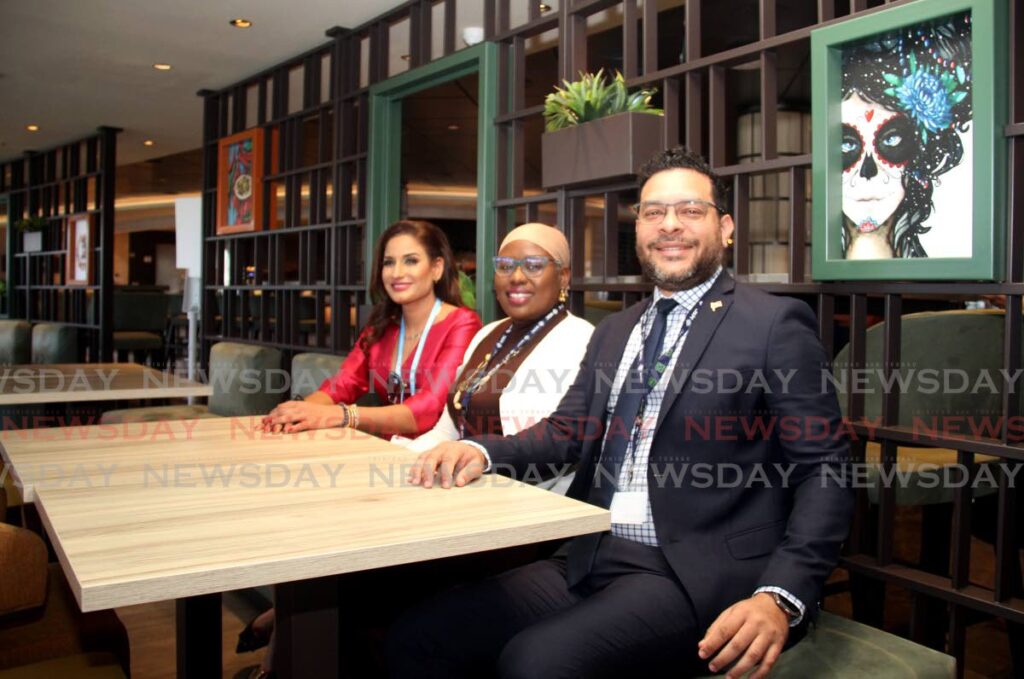 CEO of TT Sight Seeing Tours Charles Carvalho, who was instrumental in arranging the visit, said the possibility of supplying methanol as green fuel to cruise ships was also being explored. He said TT is one of the largest producers of methanol in the world and could provide the fuel.

“Last Wednesday there was the naming ceremony for the Stena Pro Patria, the first in the Proman fleet of methanol-powered ships. Our contribution to the climate-change initiative would be to ensure that methanol is available for sale, and partnering with Proman for the conversion of marine diesel fuel ships and engines to methanol power.

“We expect to have virtual meetings with the captain’s fuel-procurement officers at MSC and other cruise lines, Caribbean, Carnival, etc., to see how best we can supply them through Proman with methanol for the future.” 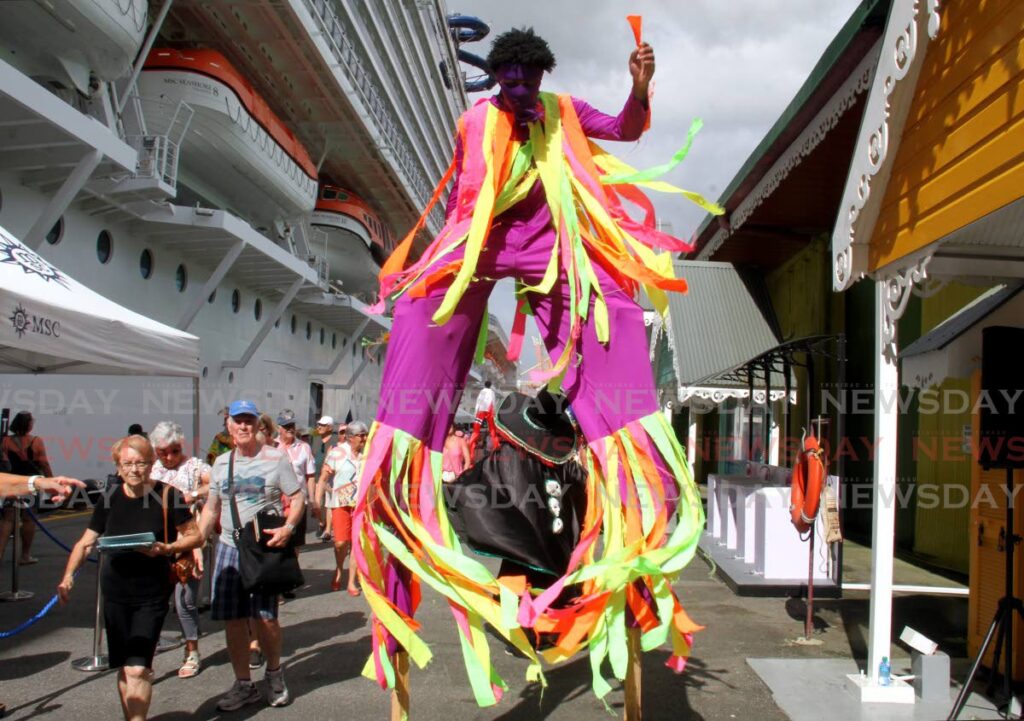 A moko jumbie entertain tourists from the MSC Seashore at the Cruise Ship Complex, Port of Spain on Wednesday. - Photo by Ayanna Kinsale

Mitchell said it was an awesome feeling to be able to welcome cruise ships back to TT after the pandemic. He said employment opportunities were being provided, as well as linkages for provisioning, fuel, fuel bunkering, and manufacturing.

Carvalho said MSC was one of the first cruise ships to come back to TT after the pandemic because they developed the protocols for cruise ships and all the other cruise lines followed what MSC did to some extent.

Sagani said the MSC Seashore is a 170,000 gross tonnage vessel with a beam of 48 metres, which can carry up to 5,500 passengers and 1,600 crew members. He said currently there were 3,200 passengers on board, as the ship would be going to Brazil. He said discussions about other opportunities for itineraries and relationships will take place while the vessel is in TT.