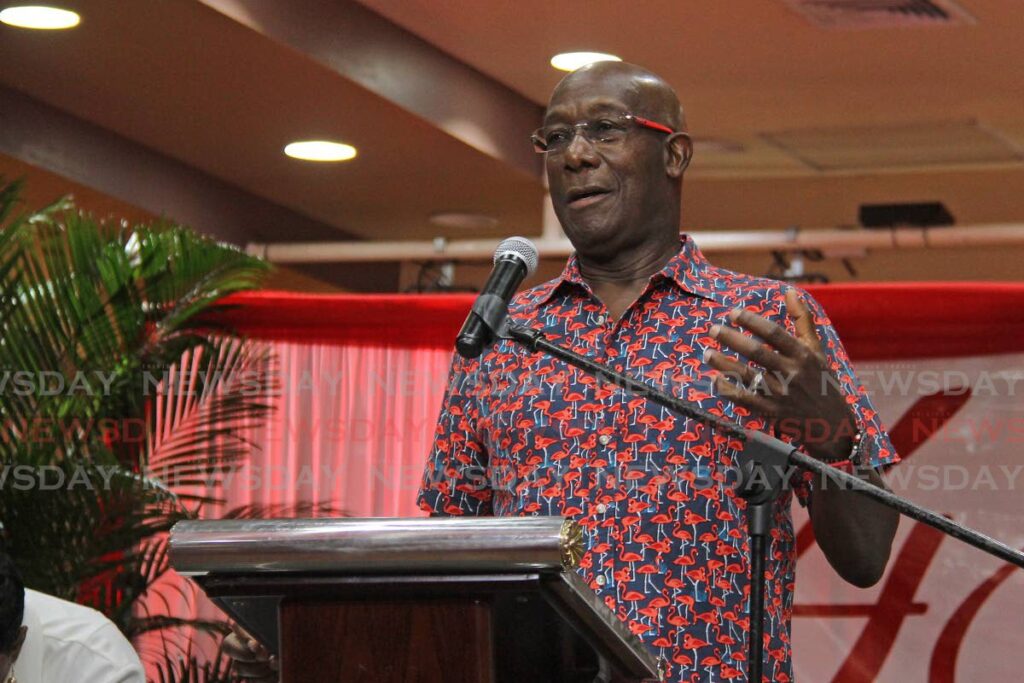 THE North American Caribbean Teachers Association (NACTA) is predicting that Dr Keith Rowley will retain his post as PNM political leader in the party's internal elections on December 4.

NACTA made this prediction on the basis of a survey done last month. The results were released on Friday.

Voting in the elections begins on November 26 and 27. It will continue on December 4, when the PNM holds its annual convention at the Grand Stand of the Queens Park Savannah in Port of Spain.

The survey involved interviews with 450 people who reflected the demographics of the population.

Only party members can vote in the elections.

NACTA said Dr Rowley is expected to easily defeat his three challengers – Karen Nunez-Tesheira, Ronald Boynes and Junior Barack, although it said, "This vote comes as the ruling PNM and its leader are increasingly seen as unpopular and as the government postpones local government elections."

At a news conference on November 3, Rural Development and Local Govt Minister Faris Al-Rawi said under the Miscellaneous Provisions (Local Government Reform) Bill 2020 – which will be partially proclaimed on Tuesday – the terms of all councillors and aldermen will end on December 3, 2023. This means local government elections can take place within three months of that date.

Before this development, the life of local government bodies in Trinidad was supposed to end on December 3, with a three-month period after that in which elections could be held.

While its survey indicated that Rowley and the PNM are very unpopular with many people, NACTA said, "They are preferred over the opposition UNC which is not viewed as a viable alternative. "

NACTA reiterated its finding from previous surveys that the UNC is very divided, has no leader who can bring anti-PNM forces to coalesce ahead of a general election and the PNM remains on course to retain government in 2025 if this remains unchanged.

"Almost everyone interviewed, members, supporters, and the public over the last month in the tracking survey says the internal election favors Rowley and his slate. They said Rowley’s slate will sweep all 14 positions"

NACTA also said the survey found "it will take a miracle for any challenger to unseat the incumbent."