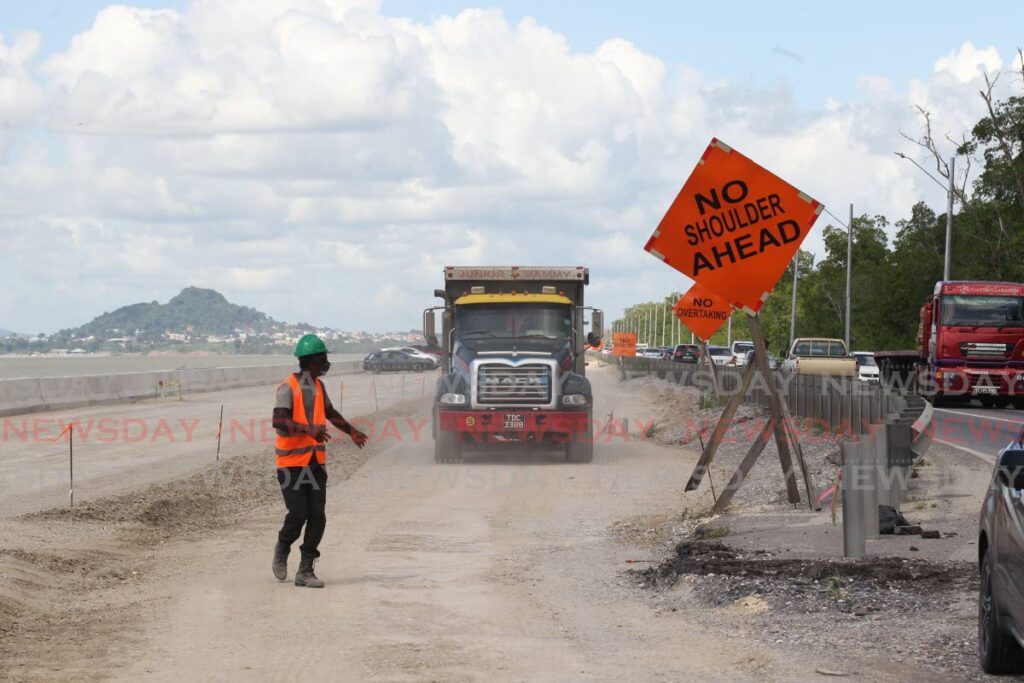 In its first official statement on the arbitration ruling, Nidco said on Tuesday the partial award of the arbitral tribunal was “under challenge in the High Court.”

The statement said Nidco could not comment further on the matter, since it was “sub judice.”

The four-line release also said Nidco terminated its contract with OAS on June 21, 2016, and “in consequence of this termination” obtained the value of securities, including performance security and retention, from OAS’s bankers.

The partial award to OAS was made on April 16 and revealed a month later by Opposition MP Dr Roodal Moonilal in Parliament.

The tribunal ruled that Nidco must pay OAS a total of US$126 million (TT$857 million) and Moonilal has asserted this could increase by an additional $100 million in legal, professional and other fees.

He has since called on the Government to say who advised Nidco to terminate its contract with OAS for the Point Fortin highway.

On May 24, the Prime Minister told a PNM meeting that three days before the 2015 general election, an addendum had been added to the OAS contract which led to the country's losing millions.

"We had a contract with a clause that said if the company went bankrupt, the government could use the bonds put up by the contractor to complete the work.

"However, the government in power at the time, the UNC, did something that allowed them to take away the bonds – they removed that clause.

"We went to court and argued that that behaviour on the part of the government did not make good sense and we were awarded the bonds.

"However, the contractor took the matter to arbitration and because that clause was removed, we now owe the contractor $852 million,” Dr Rowley said.

Rowley said the contract had clauses that would have protected the country, but there was one clause, (15 (2) (e)), that said if the contractor was insolvent or went bankrupt, the bonds would go to the State.

He also called on the Commissioner of Police to find out under whose authority the contract was amended.

Moonilal has since dismissed the prime minister’s claims, saying that the arbitration ruling had nothing to do with an addendum but a breach in the contract.

“We can confirm it was not just one change. In fact, the People's Partnership made two changes to that contract, and those were done pursuant to monies owed to the contractor. This ruling has nothing to do with bankruptcy or Clause 15, but breach of contract,” he said on Sunday.

He said the million-dollar payout to OAS was due to Nidco's wrongful termination of the contract..

On March 11, 2011, Nidco contracted OAS, under the former People’s Partnership administration, to build 43.5 kilometres of dual highway from San Fernando to Point Fortin for $5.3 billion.

On July 6, 2016, the contract was terminated. Nidco was able to recover $670 million in 2016 in letters of credit and bonds from a number of banks that had provided guarantees for OAS in previous litigation.

The arbitral tribunal has reserved its decision on OAS’s claim for damages on the ground that Nidco was overpaid when it seized the bonds in connection with the advance-payment deductions and the award of interest on the sums awarded, on sums sought on the advance payment and costs.

The Point Fortin highway project was restarted and in August 2021, Nidco said it was almost three-quarters done.

A commission of inquiry has been set up to look into the acquisition of land for the highway project, chaired by retired justice Sebastien Ventour, who will be assisted by attorney Gregory Delzin.