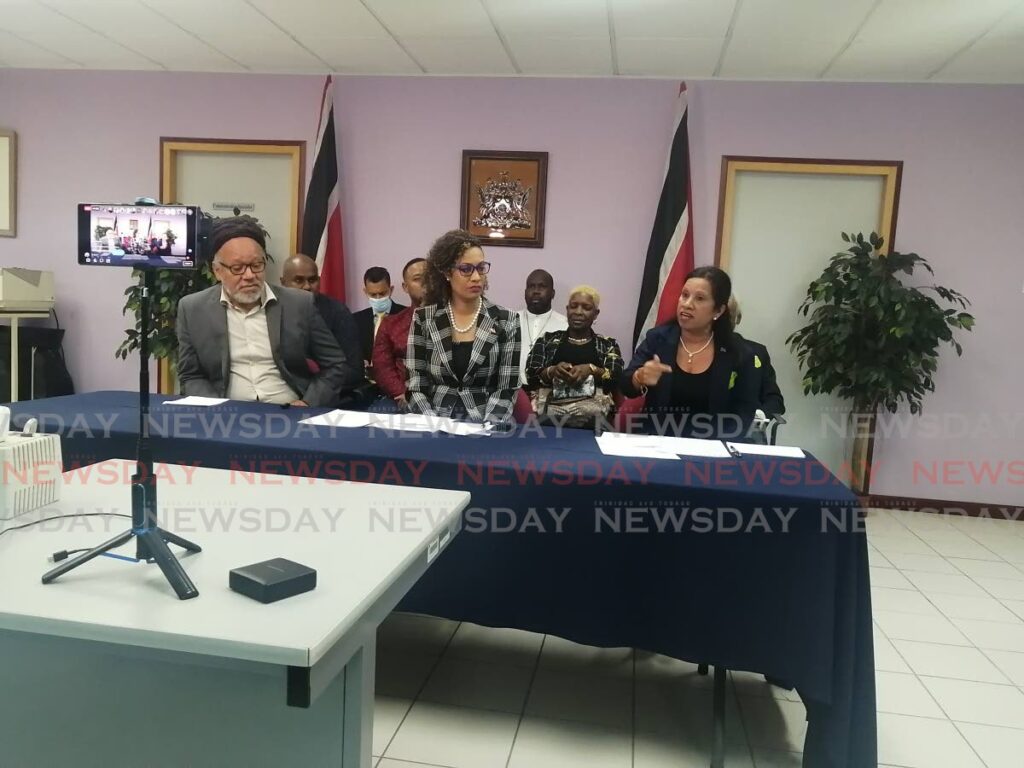 THE Prime Minister, while absent from the planned meeting with the councillors, aldermen and mayors, was on “stand-by.”

In a telephone interview with Local Government and Rural Development Minister Faris Al-Rawi on Tuesday, Newsday was told that the planned meeting was confirmed by all intended attendees.

On Monday night, after a decree by Opposition Leader Kamla Persad-Bissessar for her members not to attend the meeting, Dr Rowley did not attend.

Al-Rawi said Rowley, who had availed himself for the hard questions in an open forum with all the relevant authorities in local government, remained on “stand-by” after UNC members absented themselves.

“It was unfortunate that the leader of the UNC decided to rob the UNC representatives who are close to the ground to have an opportunity to ask the hard questions of the Prime Minister.”

In UNC’s Monday night Virtual Report, Persad-Bissessar said the proposed meeting was a “hypocritical public-relations gimmick” and called on her members to “make me proud” by boycotting.

All but one councillor, Samuel Sankar of Kelly Village/Warrenville, boycotted the meeting.

At a media conference at the Opposition Leader’s Office, Charles Street, Port of Spain, 11 councillors spoke out on what they called neglect by the central government in one form or another.

Leading the charge was shadow local government minister Khadija Ameen who questioned if Al-Rawi was preparing the country for the postponement of the local government elections, which are constitutionally due by March next year.

All but one of those who spoke complained of a lack of funding. Marcus Girdharie, who represents Marabella South / Vistabella said the only reason the San Fernando Regional Corporation was getting funds was to ensure that voters supported the PNM. He said of all his fellow councillors he is the only one that can boast of receiving well over 50 per cent of the allocated funding.

Chaguanas Mayor Faaiq Mohammed said his corporation has a shortfall of $3.5 million which he said would result in job cuts if the central government did not release allocated funding.

This was supported by Ameen who said there are some 300 workers facing unemployment as a result of lack of funding throughout the country.

As councillors and aldermen rotated positions to flank Ameen at the media briefing, they complained about a lack of funding and other forms of support. Shanty Boodram, councillor for Penal, said all UNC-led corporations were neglected and called for the government to release the funding.

Boodram was one of two women who spoke, the other was alderman Dianne Bishop in the Tunapuna Regional Corporation who questioned why the Self Help programme was disbanded as there were many in her burgess and other parts of the country in need of assistance.

Chairman of the Sangre Grande Regional Corporation Anil Juteram complained that the regional corporation was forced to provide truck-borne water for the area as the authorities neglected them continuously.

Kenwyn Phillip, councillor for Manzanilla/Fishing Pond, said when the corporation was led by the PNM, there was little problem in releasing funds to complete projects.

When asked why not attend the meeting with the PM and Local Government Minister to raise the concerns rather than having a media conference, Ameen said attending made no sense as there were multiple past meetings with other government officials that yielded no fruit.

She added that there were monthly meetings with heads of corporations with government officials and nothing comes out of it.

“They do not listen to us, they do not take our requests into consideration. You have heads of sections, heads of corporations meeting every month, nothing comes out of it. Every meeting you have to sit and listen to Faris Al-Rawi speak until you get sick of him talking fluff and nonsense, no solution.”

She added that the councillors spent valuable time with their burgesses rather than attend the meeting as that was their priority. She said nothing prevented the PM from attending the meeting whether or not the UNC was there. She said he used their absence as an excuse to stay home.

She said the central government, out of spite, would disburse monies to regional corporations a day before the end of the fiscal year knowing that it could not be spent so it could reclaim the money and boast of having saved millions in the fiscal year.

Al-Rawi, during his interview, described Ameen’s claims as “nonsensical” saying he rejected all of it. He said he had been on the ground and met with the councillors across the political divide to support the people.