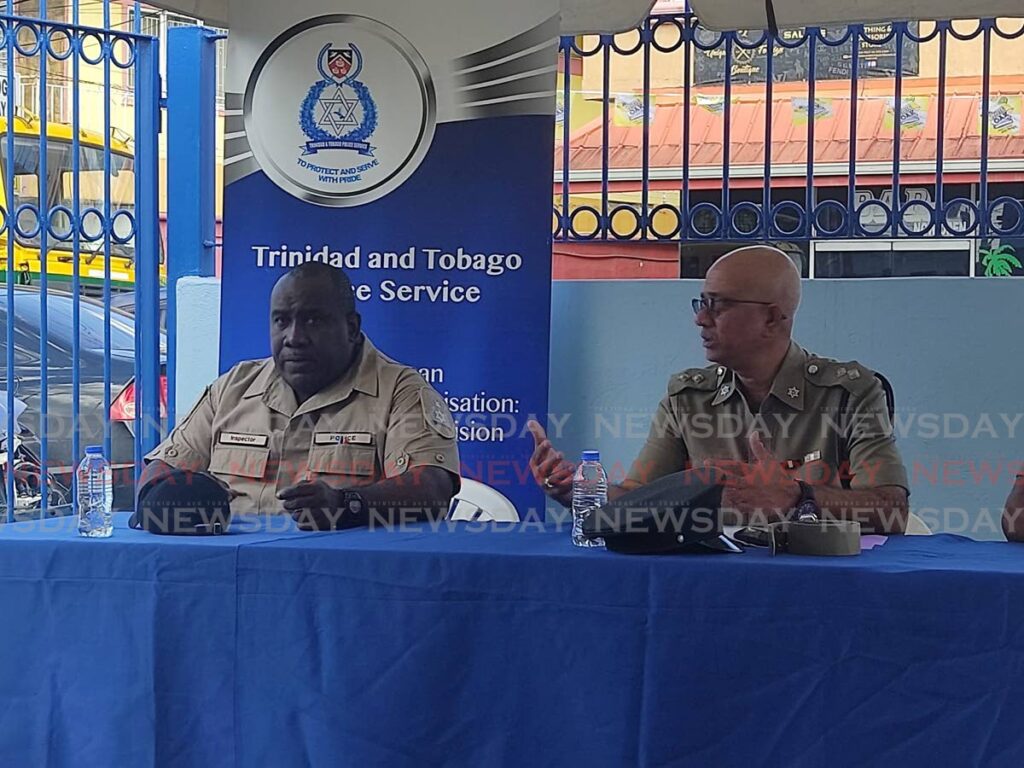 While shoppers are welcome to visit the different areas of the North Eastern Division, police warned criminals to steer clear of the area as they launched their Christmas and Carnival anti-crime drive on Thursday.

The North Eastern Division covers an area from Morvant in the west to Aranguez in the east, and also includes portions of the North Coast from Maracas Bay, Blanchisseuse and Las Cuevas.

Police from the division have had to review their crime plans, taking into account that the Churchill-Roosevelt Highway, which connects the East-West Corridor, is easily accessible, providing an escape route for criminals.

Speaking at the launch of the initiative at the San Juan Sub-Station on Thursday, Insp Sunil Bharath, who is in charge of operations for the plan, said various tools and strategies aimed at tightening security would be used.

He said the business communities in San Juan, El Socorro and Aranguez would be under constant monitoring by the police, but they would also focus on residential communities, and schools until they close.

He added that past Christmas anti-crime plans had been reviewed and strengthened to provide fuller coverage against criminals.

He also warned visitors to be extremely cautious of showing off valuables and cash.

"People will be traversing the area with large sums of cash. They may not be accustomed to the surroundings, so we have implemented both foot and mobile patrols, in uniform and plain clothes, to have that extra visibility. 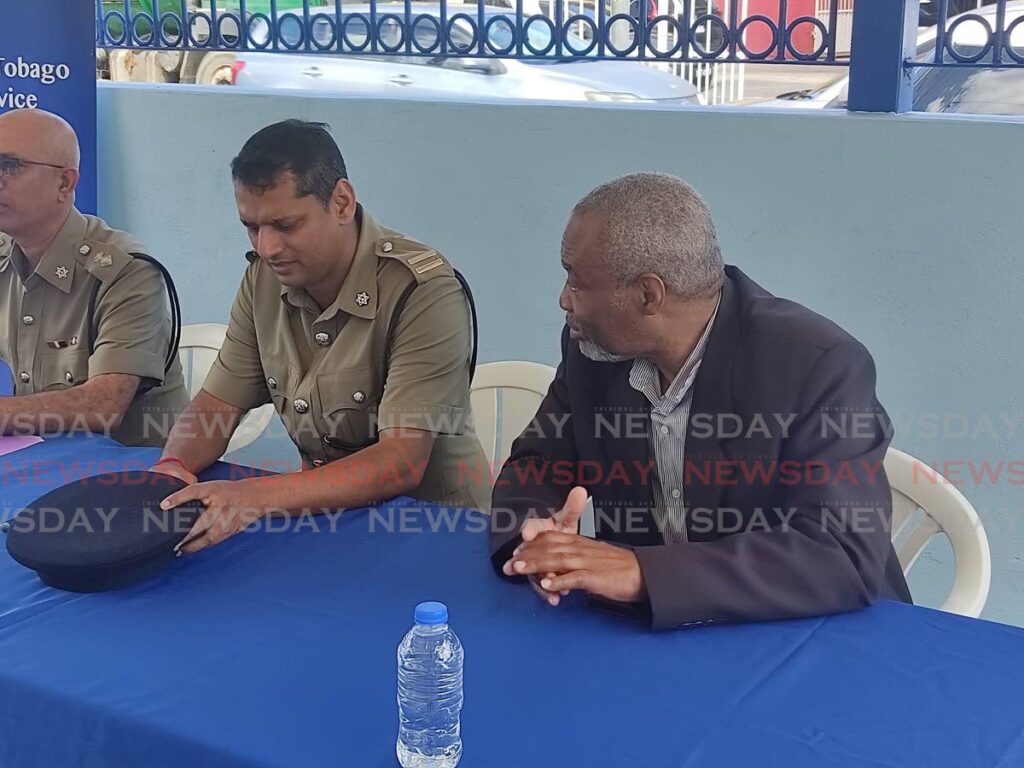 "We will also have spontaneous roadblocks in the entry and exit points of the North Eastern Division to ensure that visits coming into the division are coming to shop and not to shoplift.

"If you're coming to the North Eastern Division, come to have a good time, don't come to give us trouble.

"We're also urging people who are having Christmas activities to notify the police so we can pass through and pay attention to the area. That way your event can be safe and monitored as well."

Bharath said in addition to foot and mobile patrols, the police would also be staging roadblocks to clamp down on drunk drivers.

He said their operations would be supported by community walkabouts which would foster closer ties between businesspeople, residents and officers assigned to different areas.

Insp Brian Daniel also warned the public to be cautious when meeting strangers who claim to have certain items for sale over social media.

Referring to 12 robberies over the past four months in which people were robbed when they went to meet bandits posing as online retailers, Daniel said the police were working to clamp down on such robberies, but also urged people to have the sellers meet them at a police station.

"We want to encourage people, wherever they feel uncomfortable, or any transaction they're about to enter, into, we would want to entertain them at the police station.

"We would make ourselves available to be present – and we won't say oversee, because it's a private arrangement – but if they feel much safer conducting their transaction in the precincts of the station, we would want them to do that. There are cellphones, television sets, vehicles and people are coming with large sums of cash – one person went with $32,000 to buy a vehicle – and going to places in Morvant, places you would not normally go to on a daily basis.

"The victims have to ask for directions, and by the time they realise where they are, they are already in danger."

Daniel said the police would also patrol near businesses at opening and closing times. as bandits tended to strike then.