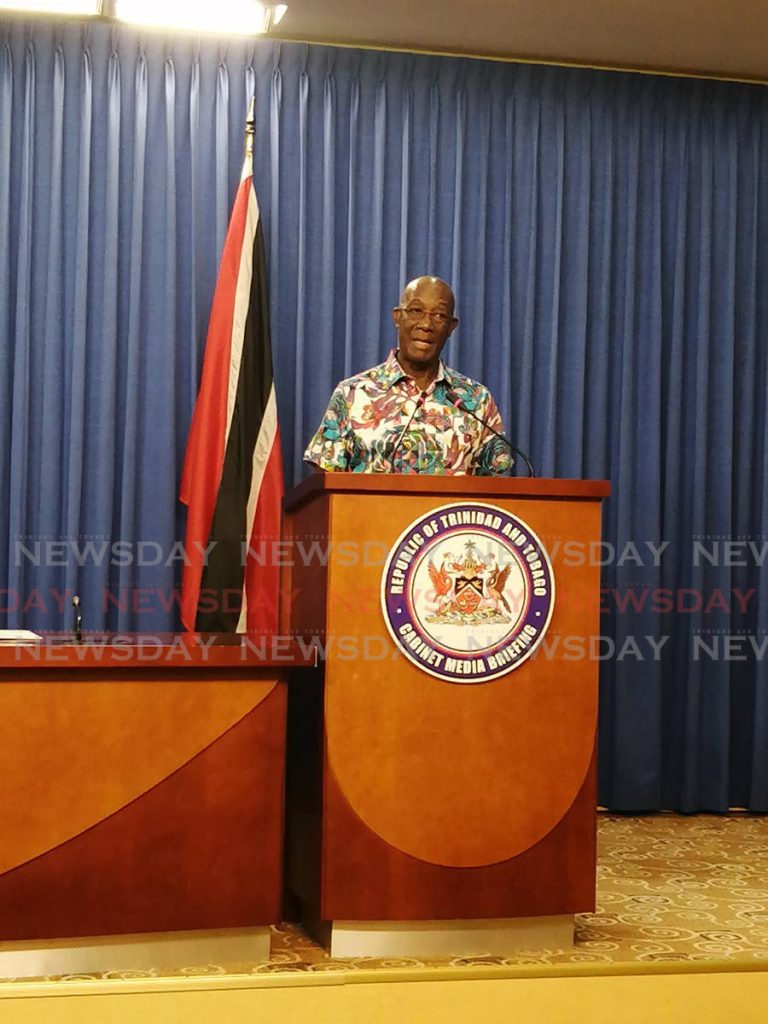 The Prime Minister is appealing to the public to fight covid19 fatigue so senior primary school children could finally go back to school after the Easter vacation.

Dr Rowley said the situation is similar to last year when he assured that senior secondary students would return to school if the number of new cases were sufficiently low after the Christmas holidays.

He described the move as “very successful” as there was only one incident of a student in Tobago getting the virus.

He said getting children back out to school after the Easter vacation would be a mental and psychological gift.

“I don’t know if many of you are not associated with children, having the idea, how positive that action is to be able to get these youngsters out to school. I am appealing to the rest of the population, in your attempt to enjoy the post-pandemic prematurely, or just to be generally irresponsible and even destructive, think about what you are risking.”

Rowley added that no where in the world was in a post-pandemic period and the consequences of behaving as such were grave because it would be easy to be overwhelmed by the virus.

He said if Trinidad and Tobago found itself in a situation where another lockdown or heavy restrictions were necessary, the government would not be able to provide a financial bailout.

“The tens of thousands of you who received a government cheque, I am putting you on notice now – if we as a population find ourselves back in that situation where those are the decisions to be made and the actions to be taken, there are no resources to hand out cheques like that.”

Robinson-Regis on Khan’s death: ‘I have lost a friend’

35,448 students without devices, but Gadsby-Dolly assures: Help is on the way

TTOC ‘amazed’ at athletes’ perseverance ahead of Olympics

Union leaders fooling themselves in Tobago

Trinidad and Tobago spends US$7.4 m on CIP

Trinidad and Tobago spends US$7.4 m on UN goals

Beckles calls for investment in Caribbean

Lockdown akin to not facing facts

Our own version of royalty

Tobago entertainer in custody after dispute with landlady

The benefits of fasting

Parliament’s JSC told that Data Protection Act is under review

Young and other Nat Sec heads to get vaccinated on Saturday

Covid counter: More cases this week than in either February or March

Germany pledges US$360,000 for food for St Vincent

Demming: Gov’t must act on sexual harrassment and gender-based violence

SORT head, WPC to be put on ID parade

Much ado from Al-Rawi

Teen Voices: Experiences of the Pandemic

Going for gold at home

A nation of beggars

Seismologist: Volcanic tsunami won't be a threat to region

CoP on end of his contract: Wait and see after August 18

CoP: Help on its way to SVG

Owner: 65% of restaurants in Tobago may never reopen

CoP: Gun dealers agree not to show off guns in ads