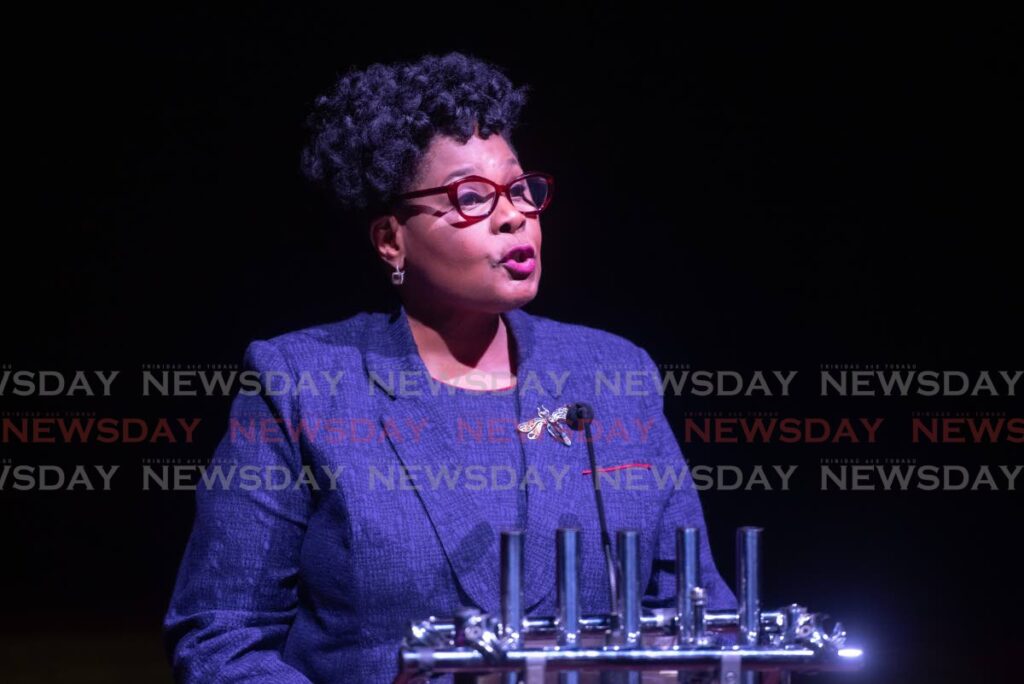 President Paula-Mae Weekes is to be present as a guest judge in the finale of this year’s First Citizens National Poetry Slam Championship which will be held on October 9 at the Naparima Bowl.

The President will be joined by adjudicators, Omari Ashby, Teresa White, Kevin Jared Hosein, and

The highly anticipated spoken word competition will celebrate its tenth year alongside the 60th anniversary of the Naparima Bowl, one of San Fernando’s distinguished landmarks.

In this anniversary year and with the 2022 Slam theme A Season of Change, Slam enthusiasts can look forward to the lyrical stand-off between poets vying to dethrone the 2021 defending champion Derron Sandy.

The winner will take home the grand prize of $50,000, while the second and third place winners receive $20,000 and $10,000 respectively from title sponsor First Citizens.

To date, only one poet has managed to retain the title of champion over two consecutive years.

Bocas Lit Fest CEO Jean Claude Cournand believes change can be positive. Cournand said, “From NAPA with a live audience of 1,200 people in 2019, the Slam was nationally televised during the pandemic, reaching thousands of new audiences."

He said this year’s move to Naparima Bowl, again, is the organisation breaking new ground and taking the competition to more new audiences.

"We are pushing the boundaries of where and how the Slam is held in order to reach as many people as possible."

In a release, Bocas said the 2022 championship promises to have a few surprises, and a sold-out crowd is anticipated.

Doors open at 6.30 pm and tickets which cost $200 can be purchased online via the Bocas Lit Fest website. Physical tickets are available at Paper Based Bookshop, The Hotel Normandie in St. Ann’s and at the Naparima Bowl’s box office from 8 am to 4 pm, Monday to Friday.

Slam committee members may also be contacted for tickets.