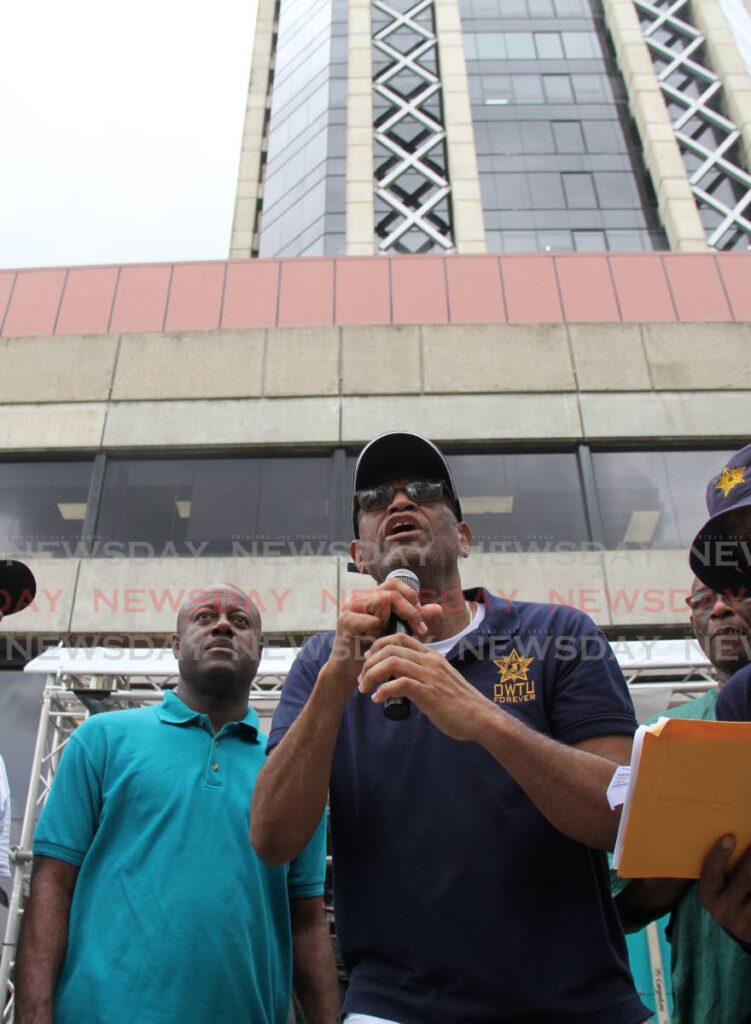 SOCIAL activists, trade unionists and ordinary citizens marched under rainy skies from the Aranguez Savannah to Woodford Square opposite the Red House to protest provisions in the budget especially the increase in the price of fuel. 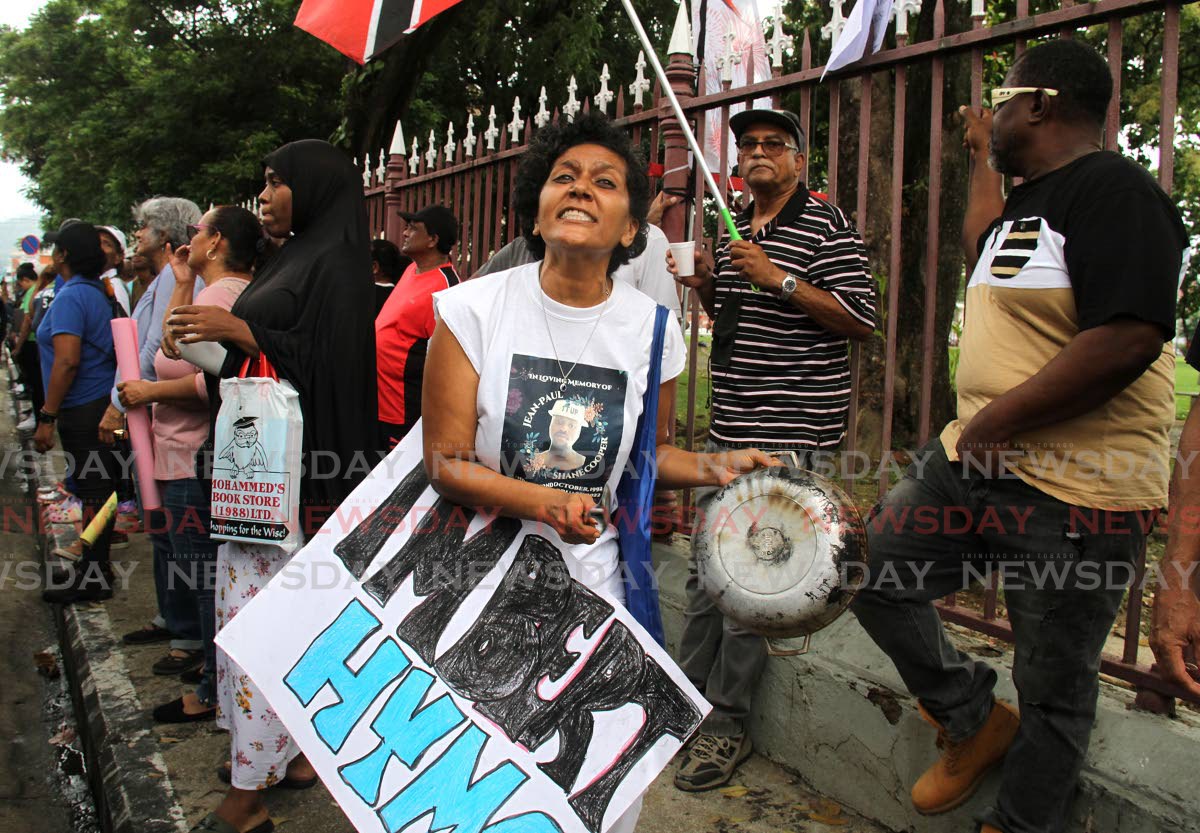 At the Aranguez Savannah, Edward Moodie of the TT Civil Advocacy Network (TTCAN) said the reason for the march was, "the high prices that they raised the fuel to. The society cannot sustain that. The middle man and the poorer man cannot sustain that, especially to manage a family.

"What we are saying is, we are giving government an opportunity, by having a peaceful march into Port of Spain, to rethink some of their policies which have failed and are not geared towards sustainability of our people.

Despite pouring rain at the Croisee in San Juan, the protesters marched westward, intent on reaching Port of Spain and the Red House in time to chant in front of MPs arriving for the 10 am sitting of the House of Representatives and the budget debate.

Despite warnings from the police about a music truck, president general of the Seamen and Waterfront Workers Trade Union (SWWTU), Michael Annisette, said, he followed the instructions of the police adding he had a letter from the police commissioner permitting use of the music truck until 1.30 pm.

The marchers assembled in front of the Financial Towers on Independence Square, with Black Stalin's "Bun Dem" blaring from the music truck while the chant, "Rowley must go," rose above the musical din.

Alexander was one of dozens of heavily armed police officers who kept an eye on the protesters.

"It is our right to speak out on this injustice. Know what side you're on eh, because we pay you like how we pay Rowley. If you want to be a lackey for Rowley, stand aside," Roget said.

The protest continued unhindered even as Government MPs arrived, stony-faced and ignored the chants and insults hurled at them, as they hustled into the Red House. 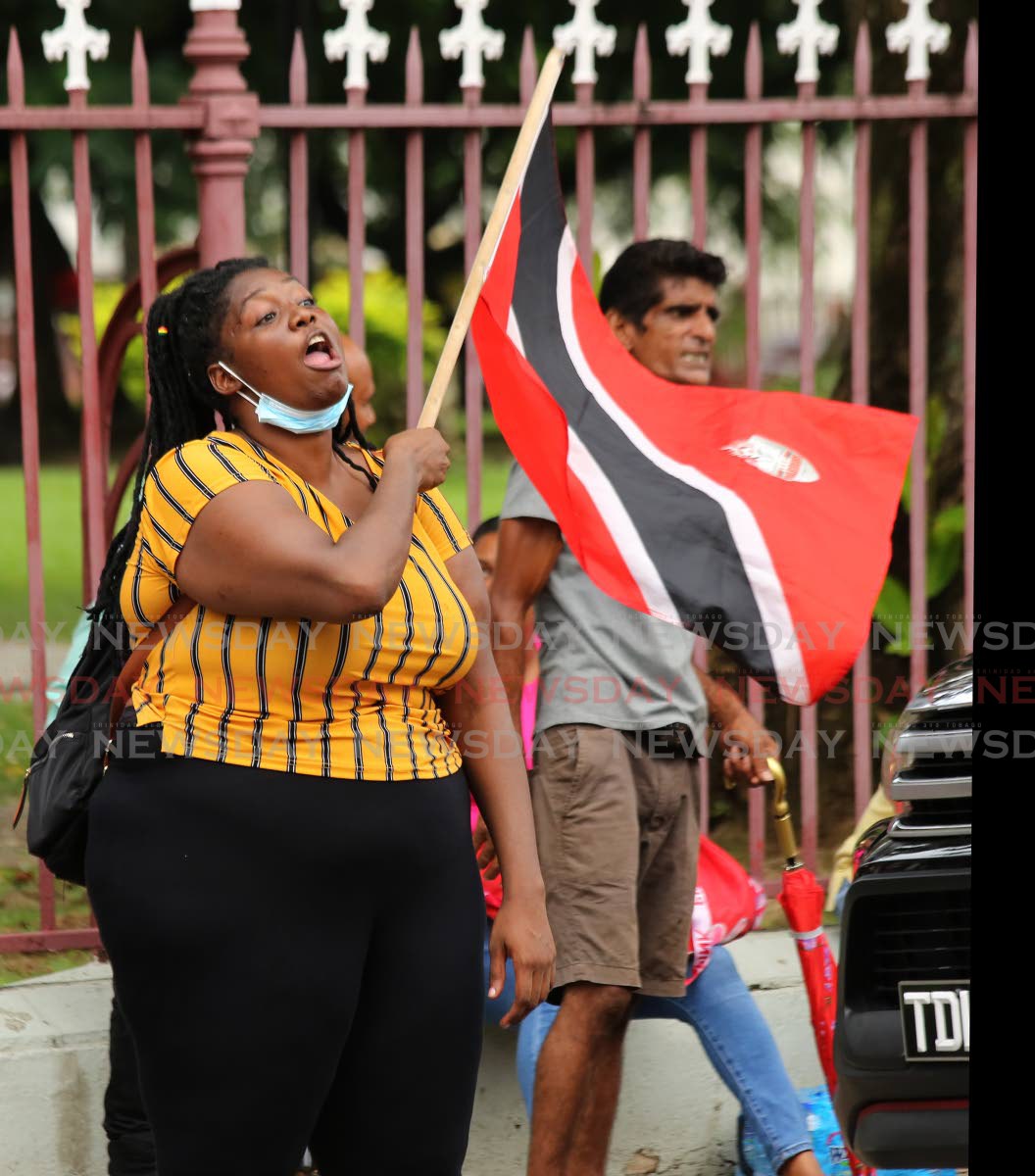