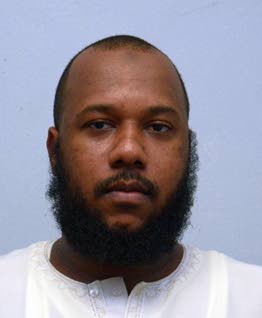 RAJAEE ALI has been found guilty of failing to produce a valid certificate of insurance by the Court of Appeal and fined $300.

In 2019, an Arima magistrate dismissed the charge against Ali after finding him not guilty of the offence, which took place in November 2014 in Carapo, Arima.

It was the prosecution’s case that when asked to provide the certificate of insurance for the car he was driving, Ali showed the police officers who stopped him a policy in someone else’s name which had expired the day before, on November 2, 2014.

Ali was asked if he had a valid policy for November 3, but said he did not. The next day, the person in whose name the car was insured brought a new policy to the police, but that was valid for a year starting on that date (November 4, 2014).

Magistrate Avion Gill found Ali not guilty on April 23, 2019, and dismissed a no-case submission advanced by his attorney.

On Monday, assistant Director of Public Prosecutions Sabrina Dougdeen-Jaglal advanced seven grounds of appeal, all of which were upheld by Justices of Appeal Mark Mohammed and Maria Wilson.

Aalthough they went through each ground, the judges held that the main complaint, of the magistrate misdirecting herself on the burden of proof in accordance with section 40 of the Summary Courts Act, was enough to have her decision set aside.

“We find that the magistrate applied the incorrect test on the burden of proof and application of the same,” Mohammed said in delivering the court’s decision.

Dougdeen-Jaglal also argued that the law provided that a citizen had to show they had valid insurance when questioned by police and the magistrate had misdirected herself on what was required as far as a policy of insurance is concerned in order to comply with the Motor Vehicles Insurance (Third-Party Risks) Act.

In their ruling, the judges said they too were perplexed by the magistrate’s reasoning, saying the prosecution had decisively proven its case against Ali.

Although they acknowledged they could send the matter back to another magistrate for a fresh trial, they had the power to make their own orders, which they did.

They did not agree with Ali’s attorney Roshan Tota-Maharaj on a reprimand and discharge so that his client did not have a permanent conviction on his record, but instead imposed a fine of $400, which they reduced to $300 because of Ali’s good character at the time of the offence.

He was given until 3 pm on Monday to pay it.