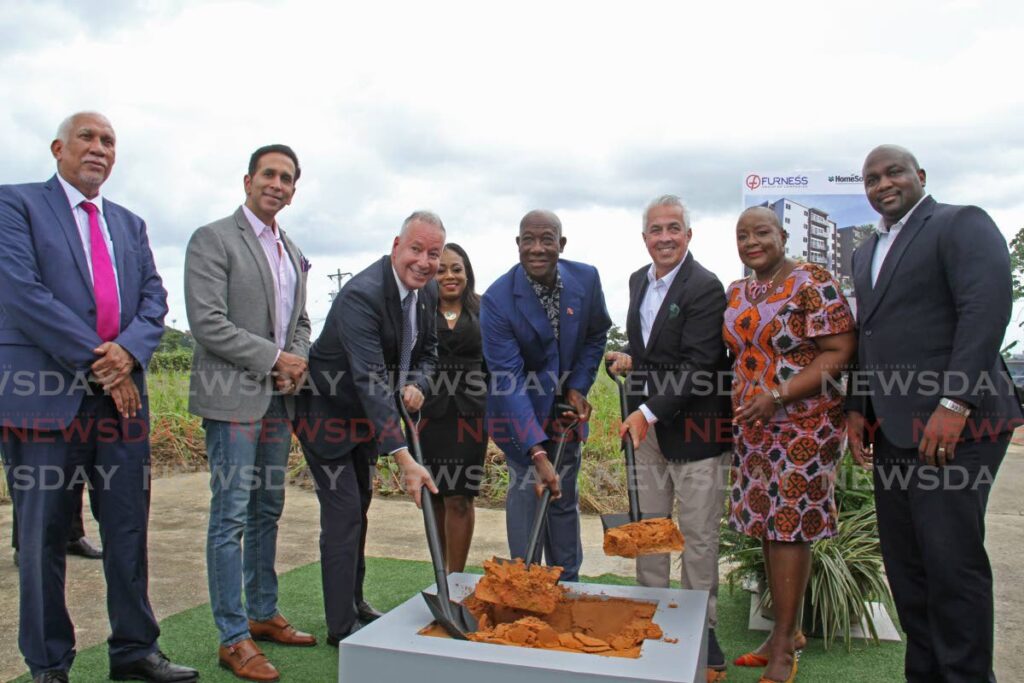 SAN FERNANDO East MP Brian Manning has welcomed the start of the multi-million-dollar construction of the high-rise City Heights housing development in his constituency. for which the sod was turned on Tuesday.

Manning said this is the kind of project San Fernando needs and which he welcomes.

“It is an opportunity to really create jobs, create opportunities and improve lives in San Fernando.

“We thank the organisation for creating the opportunities, for creating more housing stock for the entire constituency – something we certainly have a shortage of and we hope to invite and create more of the same as we move forward.”

The development will see three six-storey buildings, comprising 90 apartments in a gated community on state land leased to the Furness Group of Companies. Construction will take 30 months, Apartments which will go on the market in November, will be sold at a cost of $1.2 million for a two-bedroom unit and $1.5 million for three bedrooms.

It is a private partnership being undertaken by the Furness Group of Companies and Housing Solutions, with assistance from the Government. 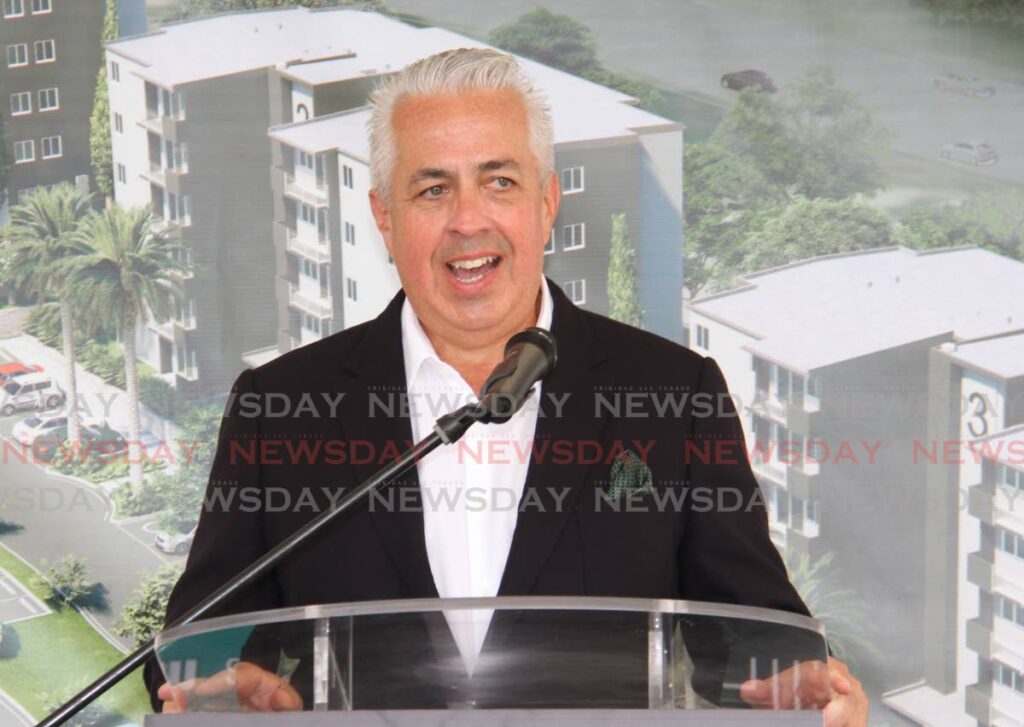 Manning said promises have been made to use labour from within San Fernando, which he is extremely happy about.

The ceremony saw the Prime Minister being joined by William Ferreira, CEO of the Furness Group, and Luis Dini, director of Home Solutions, to turn the sod,

“If you go to Carlton Lane, (where Dini recently completed another housing project), you will see what local employment produced.

“Luis Dini is no stranger to San Fernando. He has built three spectacular buildings in Carlton Lane...in the middle of the pandemic.

"This particular project is a Udecott project. Udecott has done a combination of factors, such as the state land change of use, and assisted with the environmental clearance aspects.

“The anchoring of this project is to create and stimulate and create employment proper. It is our intention as MPs for San Fernando West and East to stimulate San Fernando."

He referred to Monday’s budget presentation in which Finance Minister Colm Imbert allocated millions for development of the San Fernando Waterfront, which takes in the Skinner Park upgrade and improved road network.

“In the budget you heard us speak to the particulars of the waterfront arrangement - $226 million in one area. There are nine aspects – $20 million, $47 million, $97 million – so the Government’s priority for development in San Fernando is significant.” 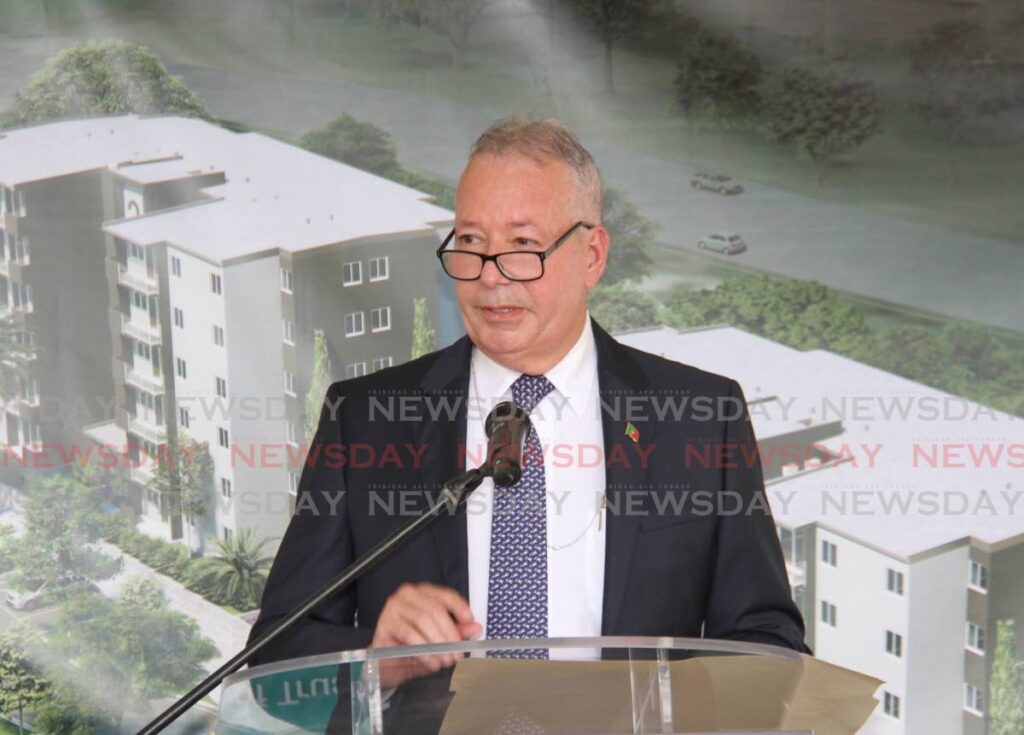 Chairman and CEO of the Furness Trinidad Group of Companies William Ferreira speaks at the sod turning for City Heights housing development at the San Fernando by-pass and Naparima Mayaro Road on Tuesday morning. Photo by Marvin Hamilton

He welcomed City Heights, which he also described as the gateway to San Fernando, and the opportunity to take off the HDC list people who can afford to buy the apartments being offered.

Al Rawi joined with Rowley in his call for the private sector to participate with government in a public-private partnership arrangement, “and let’s build TT. This is what our economy needs to drive us forward.”

Rowley called on businesses to put some of the resources earned annually into housing.

“There are few activities that can drive an economy like a housing construction programme, whether it is in China, Japan, Taiwan, USA, TT, because there is so much involved in constructing a housing project like this.

“There are so many different people involved – from the architect to the engineer, to the labourer, all kinds of skills involved, for those who work in the quarries, those who make the blocks – all of these people are involved in building a housing unit.

“So once you have an active housing programme going on. You have economic drivers going on.” 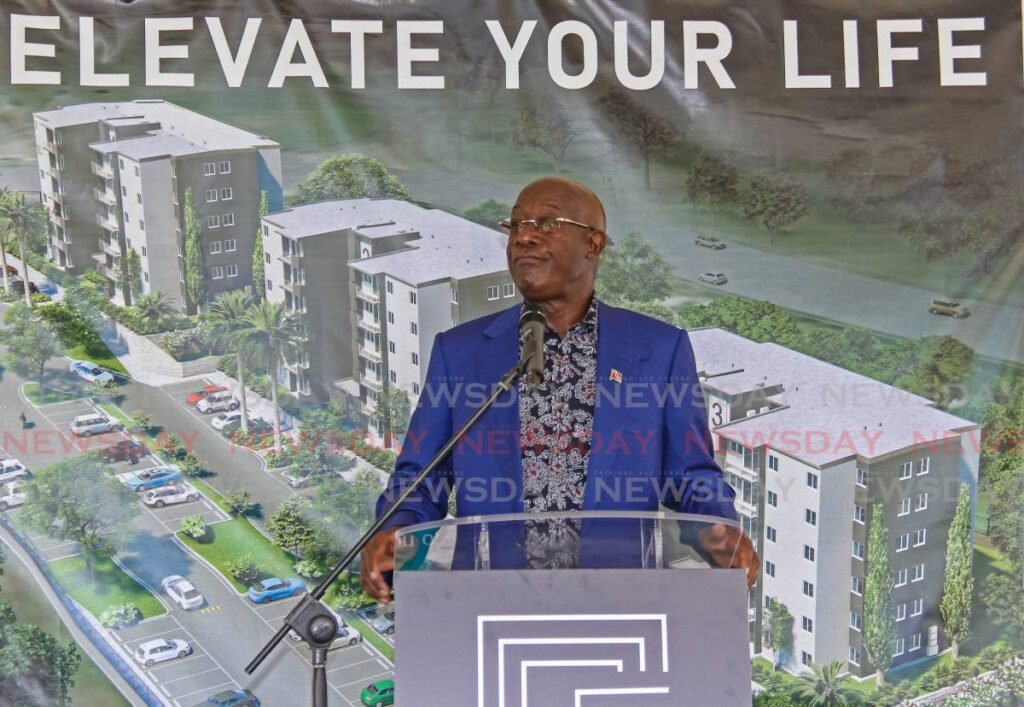 Ferreira said four years ago his board decided to make better use of the land it had leased from the state since 1845 to create a stylish and affordable housing community, in keeping with the mandate of the Prime Minister. He said there are many more projects on stream.

Director of Home SolutionsLuis Dini, a Venezuelan who has been living in this country for the past 19 years, said he was delighted with the dramatic changes to San Fernando and wanted to be a part of its development.

He promised, “We will build here a landmark, a special community. Everybody will talk about City Heights.”