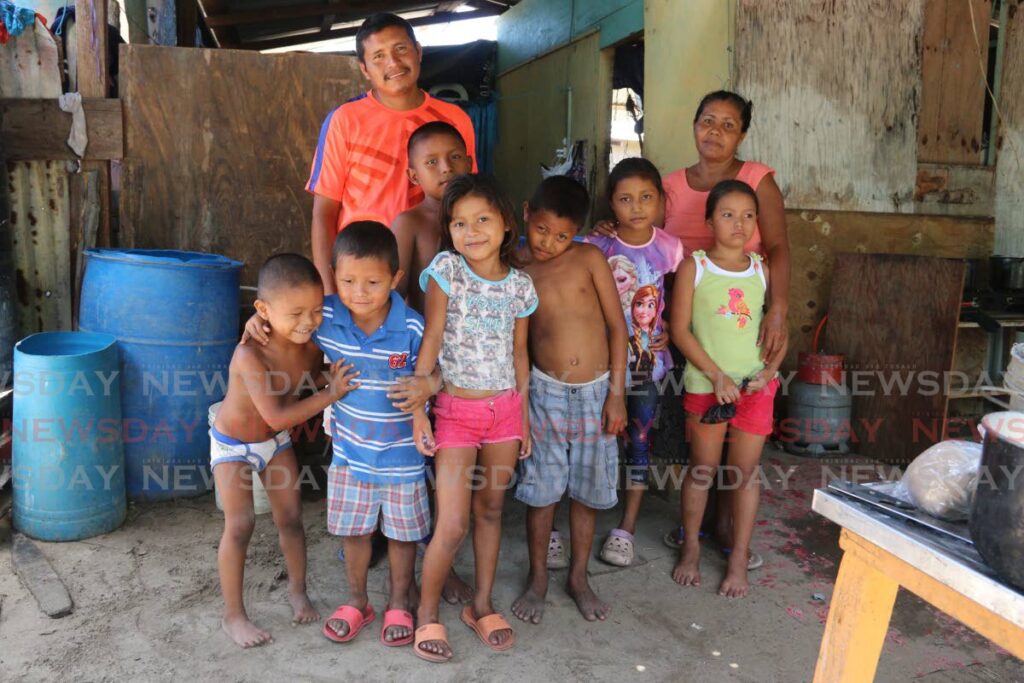 In this file photo, migrant children huddle at their family's home in Icacos, Cedros in 2020. - Marvin Hamilton

More than 1,500 Venezuelan migrant children in Trinidad and Tobago are being affected by the suspension of the Equal Place educational programme.

For more than a month, the children registered for Equal Place have not had their virtual classes.

Parents and guardians concerned about the situation told Newsday teachers had initially said the children would be on vacation after finishing one of the terms.

But on April 30, a WhatsApp message sent to parents they were informed the programme had been
suspended.

“Please keep in mind that we are facing a rather unfortunate situation; the agreement with our main donor ended on March 31 and we have not yet received a new approved agreement,” the statement said.

The programme began primarily online in September 2019, with opportunities for face-to-face support. The intervention is a joint effort by the UN Refugee Agency (UNHCR), the UN Children's Fund (UNICEF), Living Water Community (LWC) and the NGO TT Venezuela Solidarity Network.

One parent, María Rodríguez, said, “I am really worried because Equal Place is the only free educational programme my son can attend. If Equal Place is permanently suspended, my son will stop his education.”

Rodriguez is the mother of a ten-year-old boy. He has been attending virtual classes for two years with the hope of being able to enter the public education system.

“Equal Place promoters have always told us that the goal of the programme is for our children to learn to speak English so they can be accepted into local schools,” she said.

Since Equal Place began, the UNHCR, with the support of the RC church, has made efforts to get Venezuelan migrant children into the local educational system through Catholic schools. The idea was to prepare more than 1,500 refugee boys and girls.

“If Equal Place is discontinued, then what will happen to our children?” Marcelo Moreno wondered.

He has two sons, ages seven and nine.

Moreno is concerned about their education.

“Unfortunately, the TT government does not want to approve the admission of our children to schools.

"Now we don't have Equal Place either. We are being forced to have our children grow up without an education or, in the worst case, send them to Venezuela and separate our families,” he said.

The last information parents were given was through another WhatsApp message last Wednesday.

“Unfortunately, we are not yet able to resume all educational activities until the approval process with our main donor is complete,” the text said.

In addition to the more than 1,500 children enrolled in Equal Place, an unknown number of refugee children who were unable to get into the programme
are also out of school.

Hundreds of Venezuelans are returning to their country weekly. Newsday verified at the beginning of 2022 in a visit to the port of Cedros the majority of travellers interviewed are mothers or fathers with children who could not study in TT, either in the public or in the private system.

Being migrants, Venezuelan children cannot receive the level advance certification from the TT Ministry of Education.

In Guyana, recent reports said more than 700 Venezuelan boys and girls are studying in its public education system.