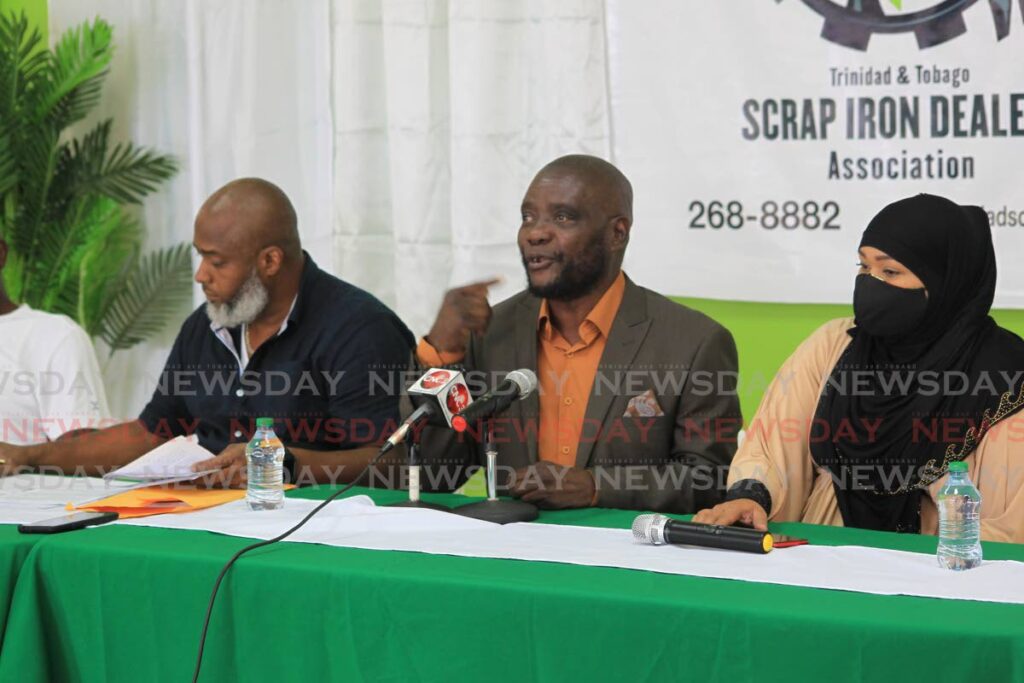 The Trinidad and Tobago Scrap Iron Dealers Association (TTSIDA) expects its members to be issued with two new types of licence to deal in scrap metals before year-end.

Association president Allan Ferguson told Newsday this on Thursday, minutes after a TTSIDA news briefing at its Kelly Village headquarters that was streamed online.

He reiterated a point made by chair of the proceedings Bernice Kishore that in place of the Government's previous six-month ban on the industry, laid down four months ago, the Government had ordered a bill to be drafted to regulate the sector.

Ferguson said, "The Attorney General (Reginald Armour, SC) indicated to us that today he will carry it to Cabinet, and then when it's approved in Cabinet it will go to the Parliament."

"We are hoping we will get a little time before Christmas to open back the industry, so we could start our trade."

Asked the difference between the old and new licences, Ferguson replied, "There's a lot, actually.

"The van collectors didn't have licences, and a lot of people with vans were just able to come into the industry. This will now make it in a way that you have to have a licence to pick up the scrap."

Secondly, he said the new licence would be needed for exporting containers full of scrap metal.

"People in this industry used to take containers and send it out all over the place, and that used to contribute to a lot of the theft and so on. Now you will have to have a licence to fill containers.

"It would bring a lot of change to us, because we would not be able to fill containers unless we have cameras monitoring what we put in the containers. If we don't want to go that way (that is, cameras) we will have to have a supervisor from the Ministry of Trade and Industry making sure you pack the containers (properly.)"

He thanked the Government for its measures in line with what the association had been lobbying for.

"We would not be able to export copper."

However, Ferguson said would-be exporters of copper would first have to obtain a separate licence, when the Government reopened the local copper market.

Pressed, he said the year-long ban on copper exports might seem a bit harsh.

"I don't think the Government needs one year. It could do it in two-three months."

During the briefing, he said his association wanted to help people earn honest livelihoods such as by creating artworks from scrap metal instead of relying on handouts or turning to crime.

"We are willing to work with the Government to make sure this is an industry that could go far."

She said a proposed licence would be valid for three years and must be prominently displayed in collectors' vehicles, along with a TTSIDA membership sticker. If a licence application is refused, she said, the relevant minister must give a reason.