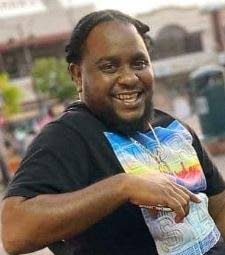 Phats International Styles Ltd branches are expected to be closed on Wednesday to facilitate the funeral of a murdered staffer.

Amin Singh, 34, a relative of the owner, was shot and fatally wounded during a robbery at the Princes Town branch on Cacique Street on August 3. This branch has since been cleared out and closed to the public.

The other branches are in Trincity, Sangre Grande, San Fernando and Arima.

On August 8, Singh, of Wallerfield in Arima, died at the San Fernando General Hospital.

The funeral is set for 10 am at the company’s warehouse at Lot 224, Churchill Roosevelt Highway at Wallerfield. The body is expected to be taken to the D’Abadie public cemetery for burial.

Surveillance footage shows the gunman walking into the store and announcing a robbery at 10.40 am on August 3. Singh was standing behind the cashier’s counter, and the masked bandit grabbed his gold chain from his neck.

There was a scuffle, and Singh was shot in the chest. He fell to the ground, and the gunman ran away.

No one has been arrested.